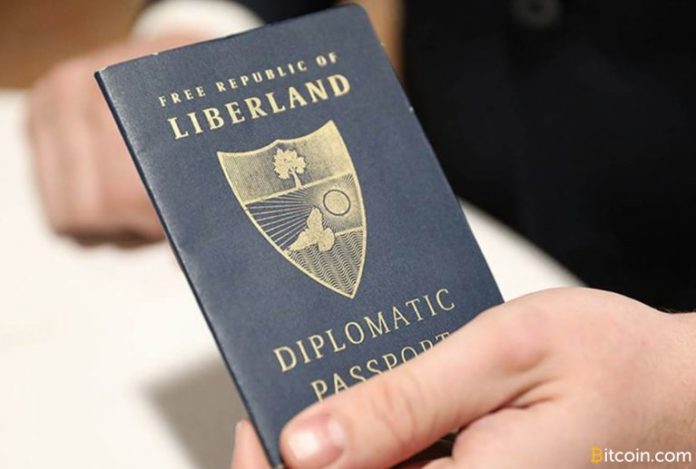 The sovereign microstate known as Liberland has recently minted a new token called merit (LLM) and the coin has been added to the Altilly exchange. Merit is a token built on top of the Bitcoin Cash chain and was issued using the Simple Ledger Protocol (SLP) on March 11. Since the Altilly listing, the token has gathered a market valuation of $1.1 and each LLM is swapping for more than $1 at press time.

Also Read: Installing a Subdermal Bitcoin Wallet Is Only for the Brave

Last October, Liberland revealed that it planned to issue a new cryptocurrency called merit and originally the micronation was going to use the Ethereum blockchain. However, Liberland has decided to create its merit (LLM) tokens using the Bitcoin Cash network coupled with the Simple Ledger Protocol (SLP). According to blockchain statistics, Liberland has created 1 million LLMs and started minting on March 11. Each token also has a website URL tethered to the coin’s metadata which leads to Liberland.org. LLMs were created at block 573350, are divisible to nine decimals, and the last mint took place on 573350. More merits can also be issued again at a later date so Liberland can add more coins to the token supply.

“Liberland is pleased to confirm that thanks to the private initiative of Liberland citizens and supporters, people have started to trade Liberland Merits (LLM) on the exchange Altilly,” the official Liberland Twitter account announced on Tuesday.

In the future, Liberland citizens with holdings of LLM can use them for voting and people can use them for state contributions (voluntary taxes) as well. The Free Republic of Liberland’s President, Vit Jedlicka, explained last year that merits would be “more of a share in Liberland than a cryptocurrency.” “LLM has multiple purposes and I think that the concept that we put together is quite smart and again that’s the plan to outcompete the existing nation-states in the design of our internal system,” Jedlicka stated at the time.

The BCH community were pleased to hear the news about Liberland’s new token and especially the fact that the coin was built using SLP. Bitcoin ABC lead developer Amaury Sechet tweeted about the new token on Tuesday afternoon.

“Liberland has tokenized its currency, the merit,” explained Sechet. “They chose to do so as an SLP token on the BCH chain — You earn them by helping the project, or buy them to support them financially.”

Jedlicka believes there is an additional value to the merit system crafted on the BCH chain. LLM aims to help bolster the creation of the freest country on this planet that allows its citizens to prosper with libertarian ideals and free market enterprise. “Like all the things that are here on this planet has subjective value, and I think it is of great value that we are bringing to the table and our currency will back this basic idea,” Jedlicka explained in an interview last year.

At press time, merit (LLM) has an overall market capitalization of roughly $1.1 million and each coin is trading for $1.13 per LLM. Merits have four markets on Altilly and are paired with BTC, ETH, USDT, and XQR.

“[Merit being built with SLP] is a big deal,” explained Electron Cash developer Jonald Fyookball on Reddit during the announcement. “SLP is starting to catch on — It’s also great that we are building a network effect around a singular token protocol now on BCH.”

Additionally, BCH supporters were thrilled to hear that the ACD token, which is also built using SLP, was listed on the Coinsuper exchange on April 9. Currently paired against USD, the ACD token is trading for $0.16 per coin at the time of publication. ACD has a total supply of 1 billion tokens. Now that BCH-based tokens are getting more exposure to trading platforms and backing from the micronation Liberland, BCH supporters believe the token ecosystem will continue to accelerate.

Verify and track bitcoin cash transactions on our BCH Block Explorer, the best of its kind anywhere in the world. Also, keep up with your holdings, BCH, and other coins on our market charts, another original and free service from Bitcoin.com.

The most famous individual YouTuber ever, Felix Kjellberg — most commonly known by his handle, PewDiePie — has announced that...