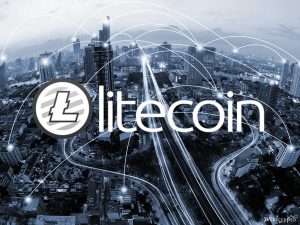 Just seven months after announcing a ban on cryptocurrency adverts, Facebook has said that it has no intention of stopping legitimate businesses who want to connect with its users. The reversal comes after Coinbase CEO Brain Armstrong announced that his company would be relaunching adverts on the social media platform in the coming days.

“Facebook banned ads for crypto earlier this year. Proud to say we’ve now been whitelisted and are back introducing more people to an open financial system,” Armstrong wrote on July 20.

Mark Zuckerberg’s Facebook initially put a stop to all crypto-related ads back in January following a spate of companies promoting “misleading or deceptive promotional practices.” Along with cryptocurrency exchanges such as Coinbase, ICOs and binary options trading sites were also caught up in the ban. However, after reviewing the situation, the largest social media platform in the world has said that it is lifting the embargo to legitimate businesses.

Bringing an Air of Legitimacy to Bitcoin and Litecoin Ads

At this stage, ICOs and binary trading firms are still blocked. However, exchanges and their affiliates can once again advertise on the site providing they can demonstrate they’re a reliable company. Although the exact procedure for whitelisting a crypto advertiser hasn’t been made public, it’s believed that relevant licenses and company data are required. For the likes of Coinbase, the change of heart will come as a huge positive. With more than 2.19 billion active monthly users, Facebook is the largest online marketplace in the world. Being able to access a global audience of billions will not only be a positive for individual businesses but for the industry as a whole.

In the case of Coinbase, the validation from Facebook is yet another seal of approval from a major organization. The exchange recently moved another step closer to receiving regulatory approval from the US Securities and Exchange Commission (SEC). With the US financial regulator giving its support to Coinbase and now Facebook adding it to its whitelist, trust is likely to be at an all time high. Assuming this hype can translate into more sign-ups, the price of Bitcoin and Litecoin should increase. What’s more, the creation of socially responsible content in the form of new adverts could lead to more positive changes.

Google already appears to have followed Facebook’s lead, with queries for Bitcoin, Litecoin and Ethereum now calling up price data as a search result. Paid ads have also started to reappear in Google SERPs after the company’s co-founder Sergey Brin recently said that he’s been mining Ethereum with his son. While the announcements have affected the daily crypto price charts, the industry still has a way to go if it wants to erase some of its recent wrongs. Twitter’s crypto clampdown still appears to be in place following a host of scam-related tweets. Catching out high profile users such as Elon Musk, the fraudulent posts have undermined the positive efforts of Coinbase and other legitimate crypto companies. Facebook adverts have come under fire in recent months following revelations regarding the US election. Despite the negative press, the reach of social media can’t be denied. As Bitcoin, Litecoin and Ethereum continue to strive for mass market acceptance, the Coinbase adverts will undoubtedly help raise awareness of the digital currency market. In fact, since the end of June, Bitcoin price charts have rallied from a low of $5,755 on June 25 to a two-month high of $7,820 by July 23. The upswing isn’t only down to recent role reversal by Facebook. The ongoing push for regulation and the increased dominance rating for BTC have also contributed to the bullish sentiments.

However, away from the investment world, the ability to target mainstream audiences will bring fresh blood into the industry. While high level trades will continue to move the needle, it was the casual dollar that helped give rise to 2017’s Bitcoin boom. By using social media to relight the fires and generate some more hype around all cryptocurrencies, the market may once again experience a serious upturn in interest, value and more.

The post Litecoin and Bitcoin Ads Now Allowed on Facebook Again After Reversal appeared first on The independent republic.