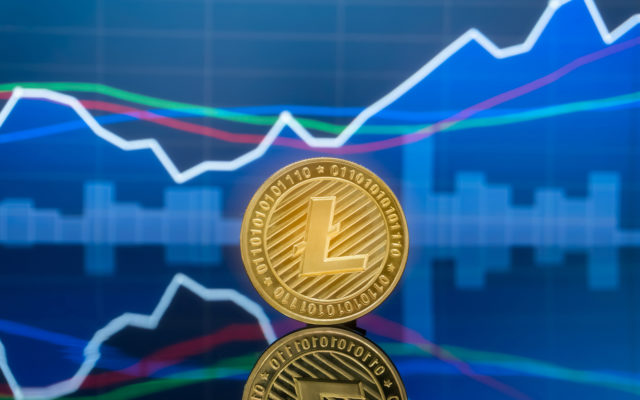 Most of the major crypto assets such as Ethereum are still coupled to the movements of bitcoin. Only Litecoin has shown its independence recently as it continues to surge despite ongoing consolidation for bitcoin and the rest of the crypto market.

Litecoin 00 is on fire at the moment, surging another 12% today and making over 33% on the week. LTC has been one of the top performing crypto assets of the year notching up a whopping 345% since its lowly $30 price on new year’s day.

Litecoin has surged from resistance at $125 to hit a new 13 month high of $140 during Asian trading today. LTC has not been price this high since mid-May 2018 when markets were on a downward slide from their peaks in January. 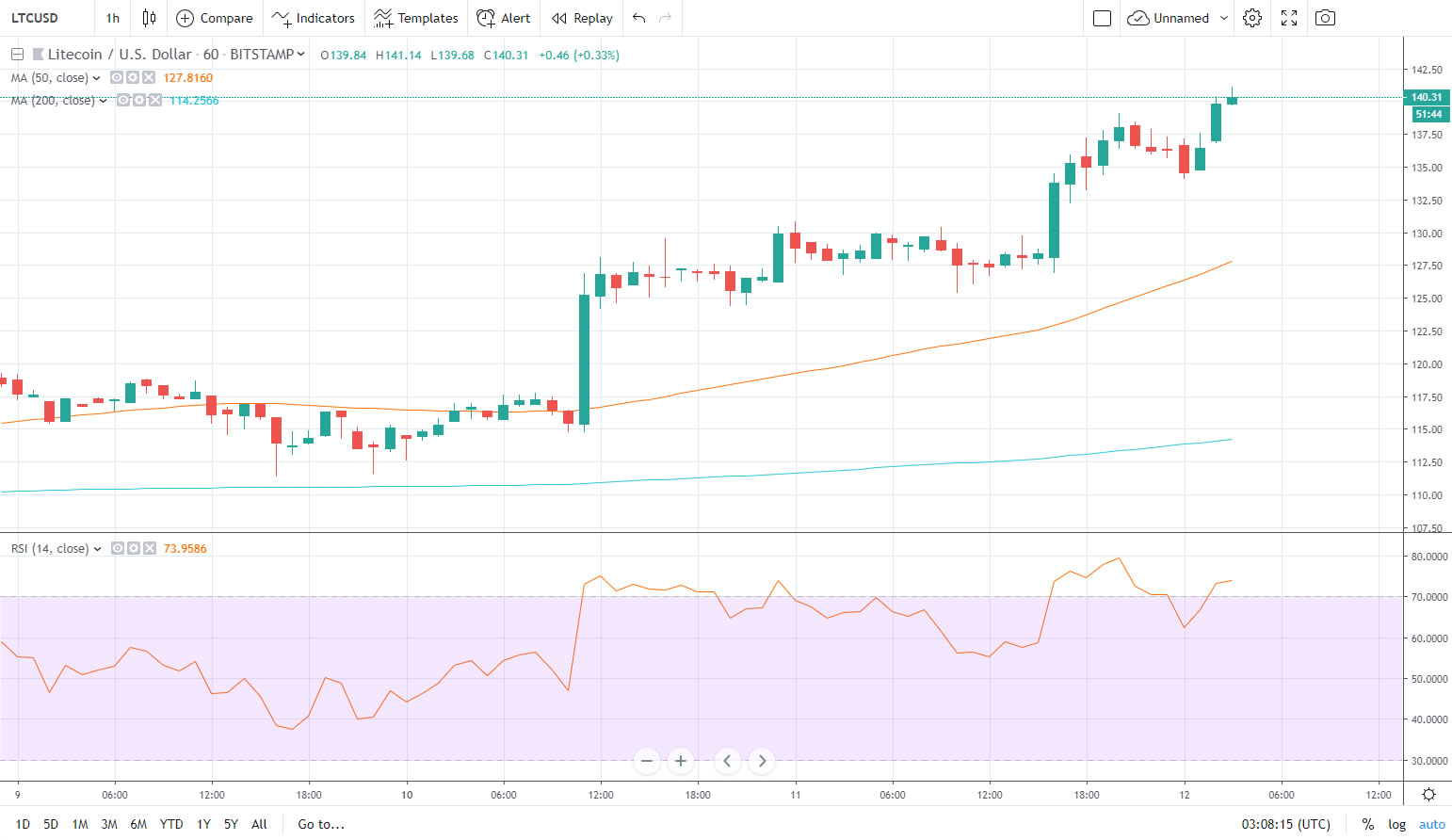 The move has pushed LTC market cap up to $8.6 billion and volume is hovering around record levels at $5.4 billion. As usual, the traders and analysts on crypto twitter have been scouring the charts looking for the next direction for Litecoin. Most agree that it will be up but key psychological levels of resistance have formed around the $150 area.

Trader Josh Rager has observed this and predicts a lot of profit taking at this price level, which is now only $10 away:

All you Litecoin fans must be happy about LTC breaking the current resistance on the daily. $125 has now flipped to support. Wouldn’t be surprised if LTC made its way up to $150 which will be strong resistance on the weekly and psychological take profit area.

$125 has now flipped to support

Wouldn’t be surprised if LTC made it’s way up to $150 which will be strong resistance on the weekly and psychological take profit area pic.twitter.com/baoTFfyhSn

Others are in agreement with trader going by the handle ‘CryptoFibonacci’ eyeing the mid $140s and adding;

Very impressive, but running into some short term Fib extension resistance. Could still hit mid 140’s, but I expect a retrace here in the next couple of days.

FOMO Setting In For LTC

There is a lot of fomo floating around the crypto sphere this week and it is all for Litecoin. Even the coin’s godfather Charlie Lee, who has been quieter than usual lately, has retweeted things like

The halving, which is clearly driving it, is still 54 days away so the big question is how high will LTC go and when will it fall back. Unless bitcoin makes a massive move north within the next two months, Litecoin is likely to retrace at some stage.

In the long term, this doesn’t really matter but traders seeking short term profits will probably pull out before the August event. At the moment though, all momentum is with ‘digital silver’ as it continues to outperform its ‘digital gold’ brethren, Bitcoin.

Will Litecoin surge past $150 or pull back soon? Add your thoughts below.

The post Litecoin Breaks Away From BTC – Up 33% In a Week on Halving FOMO appeared first on Bitcoinist.com.

Warren Buffett’s Berkshire Hathaway has seen an impressive increase of around 997,900 percent in its stock price since Warren Buffett...