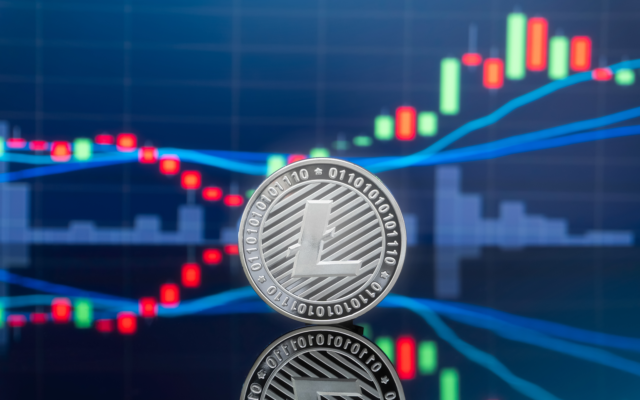 Another crypto correction was quashed this week as Bitcoin failed to fall lower than $7,500. This has increased the general momentum for altcoins and today’s top performer by a clear margin is Litecoin which has surged 18 percent on the day.

Total market capitalization is back over $250 billion and the altcoins are starting to rev up. The only one in double digits at the time of writing is Litecoin as it pumps around 18 percent on the day.

LTC 00 was pretty flat at around $88 this time yesterday. It started to move a few hours ago, topping out at $105. Daily volume has jumped from $3.2 billion to $6 billion pushing LTC market cap up to $6.4 billion. This has enabled it to power past EOS and take the fifth spot. 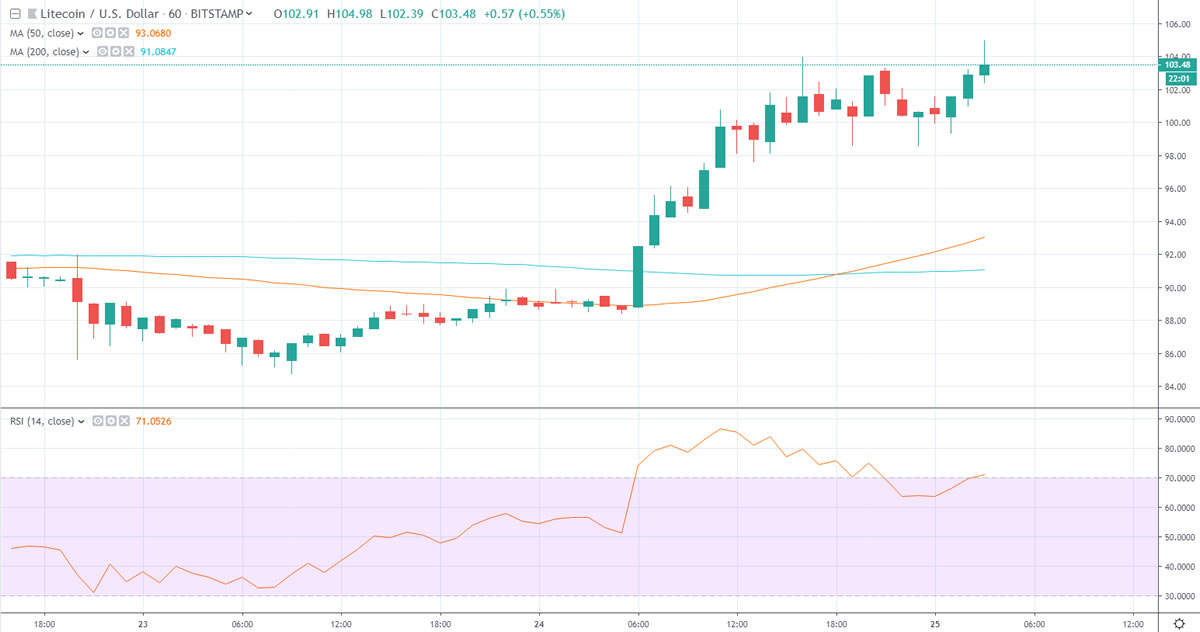 Litecoin is a stalwart of the crypto world; it has been around since 2011 and survived many bear markets. This year alone LTC has made an epic 240 percent, outperforming the majority of its brethren, including big brother Bitcoin.

Litecoin is currently trading at a new 2019 high and the highest it has been since June 2018.

The current momentum is likely coming from the halving event which is predicted to occur on August 6, just 73 days away. The block mining reward halves every 840,000 blocks, and this one will see it decrease from 25 to 12.5 coins. This effectively increases scarcity and decreases inflation – a Litecoin becomes more valuable. Investors can see this supply drop correlate with an increase in demand which will drive price action.

Bull runs usually occur before halving events and with just ten weeks to go this one could send LTC even higher. Crypto trader ‘Crypto Cactus’ has taken a look at the charts and agrees, with many others, that Litecoin will continue to trade higher as the halving approaches;

$LTC not going long into resistance but will be slowing starting to add to my bag as we head straight towards the next halving in roughly 75 days for #litecoin. Wouldn’t expect something crazy but likely price will follow speculation and hype as we get closer to 6th august 2019.

$LTC not going long into resistance but will be slowing starting to add to my bag as we head straight towards the next halving in roughly 75 days for #litecoin.

Wouldn’t expect something crazy but likely price will follow speculation and hype as we get closer to 6th august 2019. pic.twitter.com/gt2dZM503u

Others have taken a more extreme look and compared fractals from the massive surge in late 2017 that sent Litecoin from where it is now at around $100 to over $350 in less than a month;

The next few days will be critical for Litecoin. $100 is a key resistance level and the price pulled back last time it was reached on May 16. Accumulation opportunities will arise if it repeats the correction, but the opposite could see LTC get to its next resistance zone around $125 very quickly.

How high will Litecoin go this time? Add your thoughts below.

The post Litecoin Lights Up – 18% Surge With 73 Days to Halving appeared first on Bitcoinist.com.

University Students Choose One Dollar Over One Bitcoin

YouTube channel, Capital Creators, performed an experiment offering students the choice of one dollar or one bitcoin. The overwhelming majority...