Everything is online these days. We bank online. We shop online. A great deal of our daily social interactions happen online. And it’s all very normal–we take it for granted that the apps and platforms that we use everyday are safe and secure, and that they are who they say they are.

However, there are some malicious forces who take advantage of the blind trust that most people offer the services that they use online. Unfortunately, a number of them seem to be concentrated in the cryptocurrency industry.

In fact, cryptocurrency firms of all sizes and stripes–including some major cryptocurrency exchanges–have been accused of having “fake” headquarters; in other words, their headquarters are listed at a certain address, but they aren’t actually there.

One instance of this was discovered by Finance Magnates’ own David Kimberley. In true gumshoe fashion, David took to the streets of London to investigate the offices of BlackRock Crypto Asset Management, a firm that has absolutely nothing to do with the actual BlackRock. The company is a “clone” firm that had borrowed the famous investment firm’s name in order to trick investors into thinking that BlackRock had opened a cryptocurrency asset management department.

“Feeling like a young Sherlock Holmes, I was able to enter the building along with some construction workers,” Kimberley wrote. “Heart pounding, the elevator took me to the third floor where I found…nothing.” An office worker explained that the company had merely registered its address at the building, but had no physical presence there whatsoever.

Exactly how prevalent is this practice?

Perhaps the most well-known of these accusations was cast upon KuCoin, a cryptocurrency exchange that is supposedly based in Hong Kong. A man writing under the name “Jackson Wong” wrote a detailed expose revealing what appeared to be empty offices where KuCoin’s headquarters were listed online.

After thoroughly searching the building and interviewing members of other companies that were located inside, Wong concluded that “KuCoin has never been there and they lied to us the whole time.”

Wong’s post spread like wildfire throughout online crypto communities. The exchange clapped back with an official statement: “There have been rumors that KuCoin’s central office in Hong Kong is empty. In fact, KuCoin’s public address in Hong Kong is merely a mailing address of one of KuCoin’s many subsidiary companies. KuCoin Headquarters is in Singapore. KuCoin has always been a global firm, with over 300 employees and four major offices in China, the Philippines, Singapore, and Thailand.”

KuCoin did not provide the address of where its offices in Singapore are located.

What Does It Really Mean? Is This Actually a Problem?

In an increasingly digital world, having a physical office has a different meaning now than it did ten years ago. Especially within the blockchain industry, business is increasingly conducted online–meetings are held over Skype, company materials stored in a cloud. Physical location doesn’t matter as much as it used to. 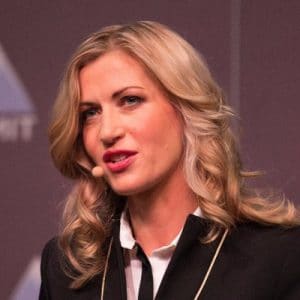 In a recent interview with Finance Magnates, Smart Valor CEO Olga Feldmeier explained that the location of a “headquarters” has much more to do with the regulations of the legal jurisdiction that the headquarters is located in than it does with actual day-to-day business practices.

Companies “pick and choose the country and jurisdiction that most fits your needs in terms of regulation and be there,” she explained. But other than that, “it doesn’t matter that much where your ‘legal entity’ is; where your ‘headquarters’ is,” because most business is conducted online anyway.

Bharath Rao, founder and CEO of Leverj.io, echoed Feldmeier’s statements, saying in an interview with Finance Magnates that choosing a favorable to officially establish a company is much more about regulation than day-to-day operations.

Rao said that choosing a less-regulated jurisdiction to establish a company in is often a better move: “the competitor who goes toward the unregulated market will make more profit,” he said, “and be able to capture what is currently feasible. The person who goes through the regulated market–two years later, when he gets approval, his product will be obsolete,” Bharath explained. 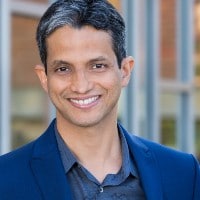 This is also well-demonstrated through the transient nature of company headquarters. For example, after the sweeping set of crypto-related bans that China put in place at the end of 2017, domestic exchanges simply picked up and moved their headquarters offshore.

In an email to Finance Magnates, Pelicoin Consultant David Ambrogio wrote that there are a growing number of examples of companies that have relocated their ‘official’ headquarters to jurisdictions with more favorable legal conditions. “Binance announced in March that they would be moving operations to the European island country of Malta. As a result, Malta’s president congratulated the company via Twitter and declared that Malta would become ‘global trailblazers in the regulation of blockchain-based businesses,’” he said. 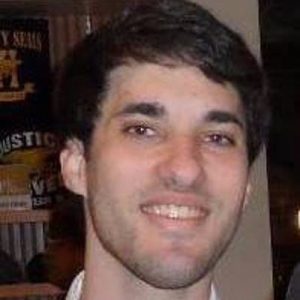 Ambrogio also named iCash, which decided to move its operations to Bermuda “to take advantage of the island’s permissive and friendly attitude toward blockchain businesses”, and Blockcrushr, “which chose to move to Cheyenne, Wyoming to take advantage of Wyoming’s unique structure that makes so-called utility tokens an asset class and exempting cryptocurrency from state property taxes.”

”We Will Have Absolutely No Recourse”

Still, there are a number of implications that the lack of a physical office could imply. First of all, if an exchange lists their headquarters at a certain location without an explanation that no actual business is conducted there, it’s not exactly honest–a lie of omission, perhaps, but a lie nonetheless. Of course, this begs the question–what else could they be hiding?

Wong wrote in his piece that “if KuCoin decides to exit scam on us — either by withholding our withdrawals or simply by shutting down their entire exchange and run with our money —we will have absolutely no recourse.”

Wong’s concerns may well be valid, but there’s some evidence to suggest that there may not be recourse in any case. After the massive Mt Gox hack that took place several years ago, protestors stood outside of the exchange’s offices in Japan, and while there have been some legal proceedings brought against the exchange, the affected individuals never saw a penny of the funds that were stolen from them.

By MtGox (MtGox.com) [Public domain], via Wikimedia CommonsAdditionally, the lack of a physical office doesn’t mean much if the identities of the individuals responsible for running the exchange are known. If there is a need for legal recourse, KuCoin’s operators will have to answer for it. However, if their identities are as empty as their alleged headquarters was, that’s a problem.

Fake Companies Exist in Every Industry

It’s difficult to pinpoint exactly how many crypto firms list nonexistent headquarters in a certain location and conduct their business online.

Olga Feldmeier told Finance Magnates that most of the 400 blockchain companies that were established in Switzerland over the last year “are here just in the form of mailbox addresses.”

What is clear, however, is that this practice is not unique to the blockchain industry by any means. National Public Radio published a report about shell companies who use fake office addresses in 2016: ‘In most places you don’t have to attach your name to a shell corporation, making it virtually impossible for tax authorities or law enforcement officials to tell who owns it,” the report said. “But if you really want to cover your tracks, you can set up interlocking shell companies in different places, such as the British Virgin Islands or Bermuda.”

Shell companies and tax havens are a known issue — so how are they still existing? pic.twitter.com/QPT2BnaTKH

Of course, reasons behind establishing shell companies with fake headquarters are a bit skewed compared with other industries. While companies outside of the cryptosphere may primarily seek to avoid taxation, there is an unfortunately high number of crypto companies who may be avoiding consequences for dubious customer practices.

It’s not exactly possible to travel around the world and visit the offices of every cryptocurrency firm. However, there are certain tools that we have at our disposal–David Ambrogio recommends using Google maps to investigate a company’s alleged headquarters.

Beyond that, contacting companies directly to ask for more information about their offices and the individuals who work on them is important. Without a doubt, there is a need for greater accountability within the cryptocurrency industry. As many governments are slow to enforce regulations (or even to regulate in the first place), it’s on the members of the global cryptocurrency community to hold companies accountable.