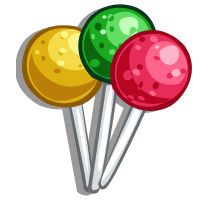 Imagine getting paid while shopping online. Even better, imagine getting paid in cryptocurrency while shopping online. Sound good? A new customer rewards platform called Lolli thinks so and is paving the way for a new cryptocurrency cashback model. Or perhaps it should be coined the new #bitcoinback model? Either way, users of the service will receive rewards in Bitcoin when shopping at one of Lolli’s participating online retailers.

The founders are no strangers to the online retail world and previously established Cosmic Cart, a so-called “universal shopping cart”. Cosmic allowed companies to sell their goods online anywhere and was a huge success. So much so that they were eventually bought out by another competitor.

Creators Alex Adelman and Matt Senter decided that that wasn’t going to be the end of the road for them, however. Only this time, they would need to build a business with the latest tech in mind. And that, as you may suspect, falls firmly in the lap of blockchain.

Where Did the Name Come From?

Alex explains that as a young boy his dad would often take him and his sister to the bank. He always hated banking but looked forward to that small reward at the end of each trip – a lollipop. Alex firmly believes that Bitcoin is the future of banking and that all that’s missing from the equation is Lolli.

How Does it Work

Loyalty reward programs have been around for years. Who doesn’t like a gift for doing a little online shopping? And while the model hasn’t changed that much, the founders are hoping that the increasing popularity of cryptocurrencies will continue to attract new customers.

Market > sell > earn commission. The formula is the same, except that each time you shop at one of Lolli’s partner sites, they take a cut from the retailer and share a commission with you. Paid directly to your Lolli wallet in Bitcoin.

The easiest way to interact with their rewards program is probably via the browser extension which is available for both Chrome and Safari. The extension will automatically alert you when you visit a partner site and outline the potential bitcoinback you’ll be eligible for: Lolli rewards at one of the US’s most iconic stores

Once you’ve installed the extension, simply shop as normal. Then activate the reward (as visible above) at your favorite store. Finally, once you’ve made your purchase, Bitcoin will be sent to your wallet. It’s that easy.

The browser wallet allows you to withdraw your savings into your bank account once your balance reaches a minimum of $15. Developers are in the process of launching 2 new features which will allow you to transfer your hard-earned (hard-shopped?) Bitcoin to another cryptocurrency wallet of your choice. This is an important development since online wallets or hot wallets (as they are also commonly known) are more prone to hacking.

Consumers have been shopping online with Bitcoin for at least a few years now. The trouble, however, is that storing and transacting with virtual currency has mostly been the domain of technical folk. Add to that the persistent problem of cryptocurrency theft and you can see why adoption has been a slow but steady process.

Regardless, the number of websites where you can use Bitcoin continues to grow. And major name brands such as Bloomingdales, Office Depot, Barnes & Noble, Hotels.com, and Macy’s to name a few are already connected to the platform. Lolli already supports north of 500 retailers and requests for additional ones can be made directly with the team.

The Benefits of Crypto Rewards

By now the benefits of a cryptocurrency online shopping and reward programs should be obvious. But to clarify, let’s take a look at a few notable reasons.

1. Lolli is handling all the cryptocurrency payments from their end. This way retailers can offer crypto rewards without having to deal with the technical details themselves. Users also get to engage with their favorite brands in an easy way via the online wallet. Alex hopes that this will create the win-win-win situation that he’s building the company on.

2. There has been a trend of service outages from credit card suppliers such as Visa in recent times. This is a little concerning considering that some countries like Sweden and the US rely heavily on card-based services. Many consumers just don’t carry cash and haven’t done so for quite a while.

If these problems escalate we’ll almost certainly see a jump in cryptocurrency purchases as buyers look to a more reliable way to get their shopping fix. Bitcoin’s uptime is reportedly very stable at around 99.99% since it was created in 2009.

3. Finally, we should also take into account consumer access to online shopping. A huge wave of the world’s population don’t even have access to a bank account in the first place, never mind payment cards.

Anybody with a phone and an internet connection can now shop online and receive rewards via retailers worldwide without having to worry about rip-off exchange rates. And you don’t need a credit score or authority to approve you before getting access to this privilege. As long as you have enough funds, you’re good to go!

Such an initiative may be a sign of the growing adoption of cryptocurrencies. If loyalty programs take off, it will almost certainly turn out to be quite the boon for established networks like Bitcoin and Ethereum. Reward platforms and retailers will regularly need to buy Bitcoin as more users jump on board. This may turn out to be a tricky task considering the volatile nature of the crypto-to-fiat exchange rates.

That being said, many users will most likely flock to these platforms as it gets easier to get a hold of some crypto (no matter how little). Registration, verification and navigating exchanges is a daunting experience for many consumers who like the tech, but just don’t want to get stuck up in the details. Alex and Matt seem pretty adamant about bridging that gap. A simple user experience is clearly one of cryptocurrency’s biggest sticking points at the moment.

It’s safe to say that Lolli won’t be the last player in this field. Expect to see other startups capitalize on the cryptocurrency reward phenomenon in the near future.

The post Lolli: How Legit is the Customer Loyalty Program that Rewards Users in Bitcoin appeared first on CoinCentral.

A new venture involving institutional heavy hitters from across banking, trading and energy sectors is tapping into the Ethereum blockchain...