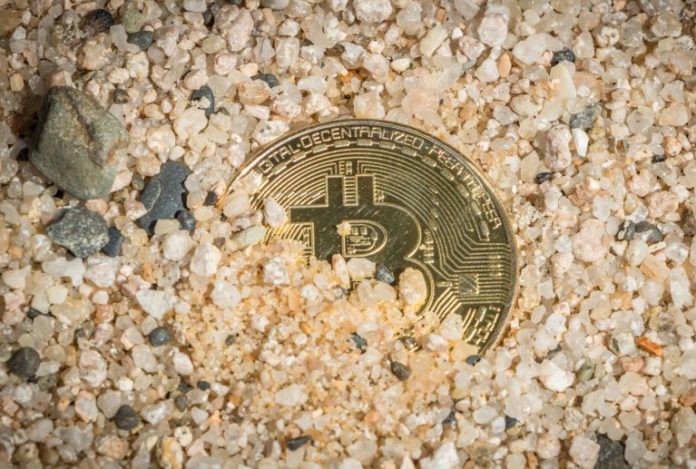 Many people like the fact that Satoshi Nakamoto introduced a capped supply of 21 million coins when he created the Bitcoin protocol. However, there’s been a lot of speculation aimed at guessing the number of ‘lost coins’ that will never be spent. On November 19, the digital currency data and research site Coin Metrics published an in-depth study that estimates the true number of BTC’s circulating supply.

According to various data websites, there’s 18,056,300 BTC in circulation at the time of publication. This number, however, only accounts for the amount of BTC mined into existence and does not account for lost coins. People who love the fact that BTC is scarce are extremely fascinated by the subject of lost coins because in the early days many bitcoins were either lost, burned, stolen, or even forgotten. Even Satoshi explained that lost bitcoins “make everyone else’s coins worth slightly more” and said to “think of it as a donation to everyone.” This week, researchers at Coin Metrics published an analysis of how the public can use different methods to assess BTC’s true supply.

“In this feature, we dive into why Bitcoin’s supply is lower than expected and calculate how many coins are permanently lost,” Coin Metrics’ post states. “Furthermore, we analyze exactly why these coins are lost, and account for what happened to them. We first examine coins that are provably lost, and then analyze coins that are assumed to be lost, but could potentially eventually be found.”

The study discusses provably lost coins like unspent outputs such as the 50 BTC locked in the first block. “The result is that those 50 BTC are not present in Bitcoin’s ledger, even if they are visible in a transaction included in the main chain,” the researchers stress. Further, the research highlights duplicate coinbase transactions, unclaimed rewards, and OP_Return outputs that use more than a value of zero satoshis. “In total, we can compute Bitcoin’s actual supply at block 600,000 working backwards from the expected 18M BTC value and subtracting what is provably lost,” the study details. “This figure of 17,999,817 BTC as of block 600,000 is the ‘technically correct’ view of Bitcoin’s supply.” Following the subject of provably lost coins, the paper discusses assumed lost coins like bogus addresses, bugs in script, and ‘zombie coins’ or UTXOs “that haven’t moved in many years.” Lastly, the study looks at stolen coins or large numbers of coins that are “difficult to insert back into circulation.” A good example of this is when 79,956 BTC was taken from Mt. Gox exchange and the funds now rest in the sixth richest BTC address. From the number of lost coins analyzed, the Coin Metrics researchers developed three adjusted views of the BTC protocol’s supply. One view that counts provably lost coins, another perspective that accounts for assumed lost coins, and another that excludes provably, stolen, and assumed lost bitcoins.

The 6th richest bitcoin address holds $650M worth of BTC that were stolen from MTGOX in 2011 but never moved after that. H/T @coinmetrics https://t.co/a6ULlz11pwhttps://t.co/m4e8eW1GvS pic.twitter.com/gqHFcqBiGL

Coin Metrics research says there are a variety of other methods that can be used to measure BTC’s true supply. “Another way to estimate Bitcoin’s supply would be to break it down by time of last activity with the expectation that coins untouched for years are probably lost,” the report concludes.

The researchers at Coin Metrics further state that the analysts will continue to monitor the lost bitcoins phenomenon going forward. If you’d like to read Coin Metrics’ “State of the Network: Issue 26” report in its entirety, you can find it here.

Crypto mining has attracted more interest lately, especially for cryptos that still can be mined using graphics cards, and this...