LTCUSD was previously trading inside a descending triangle pattern and has now broken to the upside to signal that bulls have won out. There are some signs of bullish exhaustion, though, so a pullback to the broken resistance is still possible before the uptrend gains traction.

The chart pattern spans $53 to $67.50 so the resulting uptrend could be of the same height. However, the 100 SMA is still below the longer-term 200 SMA so the path of least resistance is to the downside.

An upward crossover could draw more buyers in the game to sustain the climb. Stochastic is turning down from the overbought zone, though, so selling pressure could return and lead to a retest of the triangle resistance.

Similarly, RSI is starting to turn lower from overbought levels to signal a pickup in bearish momentum. Stronger selling pressure could lead to a larger correction to the triangle support or even a break lower, which could trigger a downtrend of the same height as the triangle pattern.

Cryptocurrencies ticked higher at the end of the previous week as risk aversion advanced when traders booked profits ahead of this week’s top-tier events. There are a number of central bank decisions lined up that might shape financial market direction until the end of the year.

In particular, traders are looking at the upcoming FOMC statement to gauge whether another interest rate hike is possible for December. Any indication that policymakers are having second thoughts about tightening could mean more dollar weakness in favor of litecoin.

LTCUSD is also drawing some support on uncertainties facing rival bitcoin as it approaches the hard fork. Bitcoin gold has just been launched and, although acceptance has been low, there are still risks. If the core version does wind up emerging stronger than ever, traders could still return to bitcoin itself as the more preferred cryptocurrency of the bunch even against litecoin. 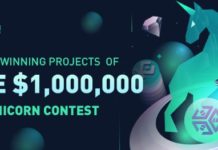