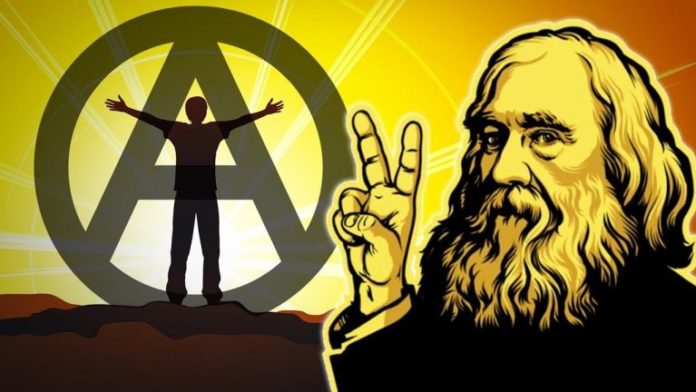 The science of mine and thine – the science of justice – is the science of all human rights; of all a man’s rights of person and property; of all his rights to life, liberty, and the pursuit of happiness.

These conditions are simply these: viz., first, that each man shall do, towards every other, all that justice requires him to do; as, for example, that he shall pay his debts, that he shall return borrowed or stolen property to its owner, and that he shall make reparation for any injury he may have done to the person or property of another.

The second condition is, that each man shall abstain from doing to another, anything which justice forbids him to do; as, for example, that he shall abstain from committing theft, robbery, arson, murder, or any other crime against the person or property of another.

Through all time, so far as history informs us, wherever mankind has attempted to live in peace with each other, both the natural instincts, and the collective wisdom of the human race, have acknowledged and prescribed, as an indispensable condition, obedience to this one only universal obligation: viz., that each should live honestly towards every other.

The ancient maxim makes the sum of a man’s legal duty to his fellow men to be simply this: “To live honestly, to hurt no one, to give to every one his due.”

Man, no doubt, owes many other moral duties to his fellow-men; such as to feed the hungry, clothe the naked, shelter the homeless, care for the sick, protect the defenceless, assist the weak, and enlighten the ignorant. But these are simply moral duties, of which each man must be his own judge, in each particular case, as to whether, and how, and how far, he can, or will, perform them. But of his legal duty – that is, of his duty to live honestly towards his fellow men – his fellow men not only may judge, but, for their own protection, must judge. And, if need be, they may rightfully compel him to perform it. They may do this, acting singly, or in concert. They may do it on the instant, as the necessity arises, or deliberately and systematically if they prefer to do so, and the exigency will admit of it.

Although it is the right of anybody and everybody – of any one man, or set of men, no less than another – to repel injustice, and compel justice, for themselves, and for all who may be wronged, yet to avoid the errors that are liable to result from haste and passion, and that everybody, who desires it, may rest secure in the assurance of protection, without a resort to force, it is evidently desirable that men should associate, so far as they freely and voluntarily can do so, for the maintenance of justice among themselves, and for mutual protection against other wrong-doers. It is also in the highest degree desirable that they should agree upon some plan or system of judicial proceedings, which, in the trial of causes, should secure caution, deliberation, thorough investigation, and, as far as possible, freedom from every influence but the simple desire to do justice.

Yet such associations can be rightful and desirable only in so far as they are purely voluntary. No man can rightfully be coerced into joining one, or supporting one, against his will. His own interest, his own judgement, and his own conscience alone must determine whether he will join this association, or that; or whether he will join any.

If he chooses to depend, for the protection of his own rights, solely upon himself, and upon such voluntary assistance as other persons may freely offer to him when the necessity for it arises, he has a perfect right to do so. And this course would be a reasonably safe one for him to follow, so long as he himself should manifest the ordinary readiness of mankind, in like cases, to go to the assistance and defense of injured persons; and should also himself “live honestly, hurt no one, and give to every one his due.” For such a man is reasonably sure of always giving friends and defenders enough in case of need, whether he shall have joined any association, or not.

Certainly, no man can rightfully be required to join, or support, an association whose protection he does not desire. Nor can any man be reasonably or rightfully expected to join, or support, any association whose plans, or method of proceeding, he does not approve, as likely to accomplish its professed purpose of maintaining justice, and at the same time, itself avoid doing injustice. To join, or support, one that would, in his opinion, be inefficient, would be absurd. To join or support one that, in his opinion, would itself do injustice, would be criminal. He must, therefore, be left at the same liberty to join, or not to join, an association for this purpose, as for any other, according as his own interest, discretion, or conscience shall dictate.

An association for mutual protection against injustice is like an association for mutual protection against fire or shipwreck. And there is no more right or reason in compelling any man to join or support one of these associations, against his will, his judgment, or his conscience than there is in compelling him to join or support any other, whose benefits (if it offer any) he does not want, or whose purposes or methods he does not approve.

No objection can be made to these voluntary associations upon the ground that they would lack that knowledge of justice, as a science, which would be necessary to enable them to maintain justice, and themselves avoid doing injustice. Honesty, justice, natural law, is usually a very plain and simple matter, easily understood by common minds. Those who desire to know what it is, in any particular case, seldom have to go far to find it. It is true, it must be learned, like any other science. But it is also true that it is very easily learned.

Although as illimitable in its applications as the infinite relations and dealings of men with each other, it is, nevertheless, made up of a few simple elementary principles, of the truth and justice of which every ordinary mind has an almost intuitive perception. And almost all men have the same perceptions of what constitutes justice, or of what justice requires when they understand alike the facts from which their inferences are to be drawn.

Men living in contact with each other, and having intercourse together, cannot avoid learning natural law, to a very great extent, even if they would. The dealings of men with men, their separate possessions and their individual wants, and the disposition of every man to demand, and insist upon, whatever he believes to be his due, and to resent and resist all invasions of what he believes to be his rights, are continually forcing upon their minds the questions, Is this act just? or is it unjust? Is this thing mine? or is it his? And these are questions of natural law; questions which, in regard to the great mass of cases, are answered alike by the human mind everywhere.

Children learn the fundamental principles of natural law at a very early age. Thus, they very early understand that one child must not, without just cause, strike or otherwise hurt, another; that one child must not assume any arbitrary control or domination over another; that one child must not, either by force, deceit, or stealth, obtain possession of anything that belongs to another; that if one child commits any of these wrongs against another, it is not only the right of the injured child to resist, and, if need be, punish the wrongdoer, and compel him to make reparation, but that it is also the right, and the moral duty, of all other children, and all other persons, to assist the injured party in defending his rights, and redressing his wrongs.

These are fundamental principles of natural law, which govern the most important transactions of man with man. Yet children learn them earlier than they learn that three and three are six, or five and five [equals] ten. Their childish plays, even, could not be carried on without a constant regard to them; and it is equally impossible for persons of any age to live together in peace on any other conditions.