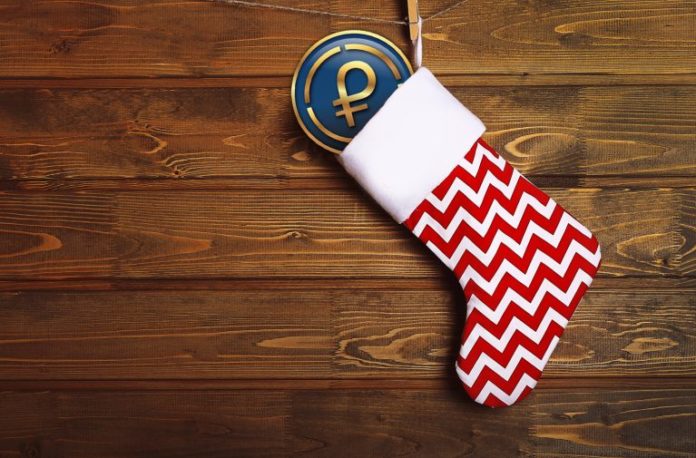 Regional news outlets from Venezuela have revealed that President Nicolás Maduro plans to dole out petro as a ‘Christmas bonus’ for Venezuelan retirees and pensioners. Moreover, despite the fact that many Venezuelans say average citizens don’t use the petro, Maduro also claims there are 27,000 petro affiliated businesses.

Venezuelan Pensioners’ Christmas Bonuses to Be Paid in Petro

The Venezuelan President and the leader of the United Socialist Party Nicolás Maduro has revealed that the government plans to give Venezuelan retirees and pensioners the gift of petro this Christmas. The petro (PTR) is the first cryptocurrency launched by a nation state and the digital asset has been controversial since it was announced. Many skeptics believe the petro is only used by government officials and their friends to skip international sanctions initiated by the U.S.

Moreover, numerous sources have explained to news.Bitcoin.com that the PTR is only used for “promotional” purposes. “Nobody uses the petro and only people close with government use it to skip out on U.S. sanctions,” our newsdesk was told in September. Now, this holiday season, Maduro plans to give petro to retirees and pensioners as a gift. On November 17 the local news outlet Venepress tweeted:

EnDesarrollo Maduro announced a ‘Christmas bonus’ for retirees and pensioners of petro (at today’s price would be Bs. 897,317.27) 17Nov.

This year’s Christmas bonus of petro for pensioners follows last December’s monthly bonus that was allegedly converted to PTR. According to Caracas Chronicles, the pensioners’ accounts were converted to petro without their consent. Both “Elderly Love Pensions” (Christmas bonus 2018) and traditional savings pensions were purportedly exchanged that month while Maduro pushed the crypto internationally. In December 2018, news.Bitcoin.com reported on how Maduro tried to persuade the Russian government to use the petro while visiting Moscow. The United Socialist Party leader attempted to trade petro to repay debt to Belarus and he also pitched the PTR to OPEC members that month.

In addition to the news that Maduro is paying retirees and pensioners with petro, he claimed during a government-sponsored program that the crypto has “27,000 affiliated businesses.” Maduro also explained at the program his bonus plan for pensioners and that he expected merchant adoption to “double in the coming months.” Meanwhile, news.Bitcoin.com was told by local sources that the PoS systems used at affiliate stores only accept cryptos like LTC, BTC, and BNB. Various reports also detail that Venezuela’s central bank has indicated plans to stockpile BTC and other digital assets. Last February Pedro Peroza wrote a number of informative articles concerning the National Superintendency of Crypto Assets and Related Activities (Sunacrip) operations. Peroza said he believes Maduro’s regime has been stockpiling digital currencies via the “collection of taxes in cryptocurrency, for that a Law was approved in the ANC (National Assembly Madurista).”

Despite Maduro telling the crowd there are 27,000 affiliated petro businesses, reports last year stemming from Reuters tell a different story. The news outlet scoured multiple regions and chatted with a “dozen experts on cryptocurrencies” and no one found any signs of petro use. “The hunt turned up little evidence of a thriving petro trade,” the special report noted. “The coin is not sold on any major cryptocurrency exchange — No shops are known to accept it.”

Maduro’s 27,000 merchants claim also follows the statements from Joselit Ramirez, the country’s Superintendent of Cryptoassets, who said retail acceptance is rising due to the new PTR payment gateway called Petropago. However, Ramirez told attendees at the Carabobo Crypto Convention that there are only 93 petro accepting merchants in Venezuela.

The CEO of Paypal, Daniel Schulman, has revealed in an interview that he personally owns bitcoin. He also talked about...