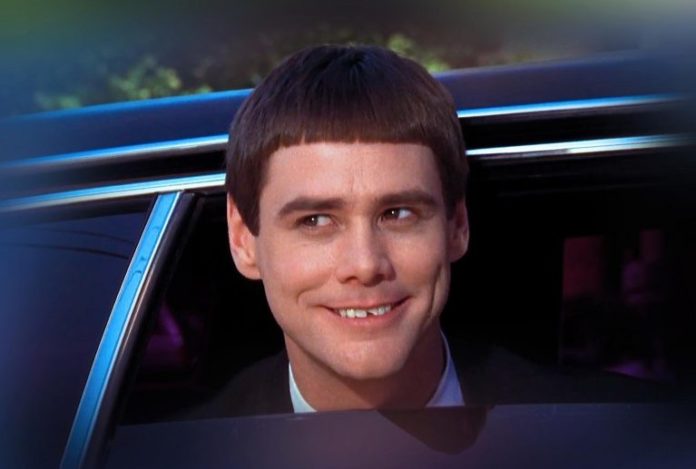 Mainstream media is probably one of the worst mediums for factual information because it’s typically filled with ignorance and propaganda. When it comes to cryptocurrencies, darknet markets, and encryption, conventional news outlets publish hit pieces that are beyond absurd. On December 27, Harper’s Magazine published a feature report called “Click Here to Kill,” which described the author’s perception of alleged “online murder markets.” Ironically, the 7,500-word feature never actually found any real assassins and no one was murdered.

These days, mainstream media think they are hip to the cryptocurrency scene. This is because they hire a few ‘world-class’ journalists to study the cryptosphere for a few days in order to publish a hit piece. The latest absurd feature from traditional news outlets stems from Harper’s Magazine, which published an article called “Click Here to Kill.” The reason Harper’s Magazine’s latest presentation is preposterous is because the publication makes you read an extremely long editorial only to learn the investigation never found any real murderers. What the investigative reporter found was scammers building websites that advertised assassination. These murder-for-hire websites took people’s money after they deposited the crypto and made a promise to kill. The writer’s drawn-out article wants you to believe there’s a huge issue with assassination markets on the deep web, but in actuality, there’s just a bunch of scammers.

For instance, the article tells us about a woman who was told by the police that someone disliked her and decided to connect to a site called Camorra Hitmen to commit an evil deed. Supposedly, a person dubbed ‘Mastermind365’ sent the administrators of the site $5,000 worth of BTC in exchange for her assassination. However, the police never got back to her after they told her the initial news. The author’s hyperbole-filled post explains how prevalent it is for people to pay money to so-called online assassins and the job never gets completed.

The author’s main source is a systems administrator from London who also takes part in independent cybercrime research on the side. The researcher had discovered a variety of alleged online assassination markets and forums like a site called Besa Mafia. Throughout the article, the cybercrime researcher mentions a bunch of sites that basically take money for a hit, but in the end, the website owners just steal the money. The report said that Besa Mafia offered kidnapping services and hitmen in exchange for bitcoin. Still, the Besa Mafia website was just another worthless scam site as the Harper’s Magazine author states:

Besa Mafia had a somewhat slicker graphical interface than the dark-web assassination markets Monteiro had seen before, but it was nevertheless clear to him that this one, like the others, was a scam, designed to pilfer money from gullible users.

The “Click Here to Kill” editorial doesn’t find one real assassin throughout the entire report and no murder was committed during the ‘exclusive’ investigation. Still, the editorial tries to paint a picture of how ‘dark’ the invisible web is and put digital currencies in a bad light. Even though the journalist couldn’t find any real assassins and just happened to stumble upon scammer websites, he really wants you to believe in the nonexistent boogeyman. Governments and mainstream media have used this type of propaganda for years. A good example of this propaganda in the wild is the Ross Ulbricht case, when news outlets published lies about ostensible hits that never came to fruition. The U.S. government never charged Ulbricht for any crimes associated with murder-for-hire, but the rumors were used to make the public frown upon Ulbricht and the Silk Road. Mainstream media never told the public that Ulbricht left the Silk Road and someone else took the name ‘Dread Pirate Roberts’ (DPR) immediately after. In fact, Ulbricht announced the transition to a close friend in an online chatroom in November 2011. What really happened was U.S. law enforcement and rogue agents faked a murder and made it seem like the Silk Road administrator was violent. Even worse is the fact that the rogue agents had access to DPR’s login credentials and private keys so the entire story was likely fabricated.

There’s a reason a story like this one contains fabrications and mainstream media runs outlandish, fear-instilling headlines. It’s because there is an agenda and governments want the media to make it seem like cryptocurrencies need to be tracked and the dark web is filled with violent crime. Conventional news outlets like CNN, Vice, Harper’s Magazine, New York Times, Gizmodo, and Bloomberg will never tell you that darknet marketplaces (DNM) are just a group of consenting adults exchanging vices in a nonviolent manner. Harper’s Magazine authors will not explain how these online markets improved the quality of designer drugs by using a reputation system. Nor will its writers detail that DNMs have completely removed street violence. No, mainstream media and these types of writers want propaganda to give you a false perception of reality. Their masters want more headlines and reports filled with fake murder-for-hire websites and exaggeration.

What do you think about the Harper’s Magazine hit piece called “Click Here to Kill” and the fact that no website mentioned in the article actually killed anyone? Why do you think mainstream media pushes propaganda articles like these? Let us know what you think about this subject in the comments section below.

User Reports Reveal Visa and Mastercard Outages During the Holidays

Having problems with payments around Christmas can be frustrating, especially for those who leave gift buying till the last minute....