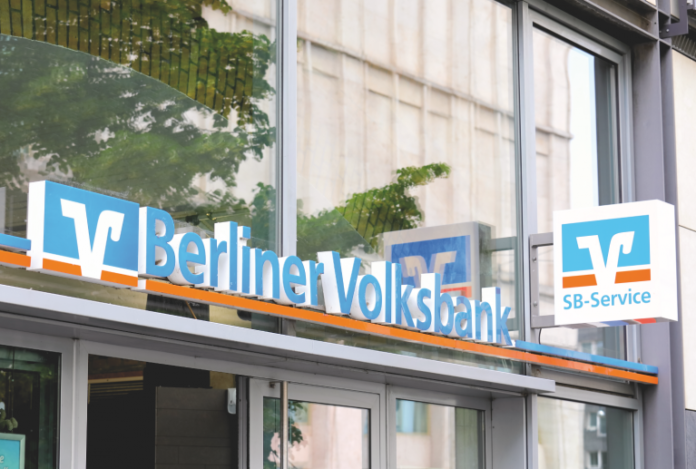 One of Germany’s largest cooperative banks has begun charging its retail customers a negative interest rate. Other major banks could follow suit since the European Central Bank cut the deposit rate to a record low. Deutsche Bank recently said that it needs to be “much more robust about passing on negative rates.”

The bank started applying a minus 0.5% rate on deposits exceeding 100,000 euros (~$110,000) last week, effectively charging customers half a percent to hold their savings. According to local media, the bank explained that its new policy is due to the move by the European Central Bank (ECB) last month to cut the deposit rate to a record low, from -0.4% to -0.5%. At the rate of -0.4%, the ECB’s negative interest-rate policy was already costing German banks 2.4 billion euros a year, the Financial Times reported in August, emphasizing that German banks are hit the hardest in Europe because they hold about a third of the total excess deposits on which the ECB levies negative rates. The ECB introduced negative interest rates in June 2014 in an effort to stimulate the economy.

So far, most German banks have not passed on the negative interest rate burden to retail customers, opting to absorb the costs themselves to uphold their reputation and prevent mass withdrawals. A study by management consultant Investors Marketing shows that one in two Germans could leave their banks if they started charging negative interest rates.

Germany’s largest bank, Deutsche Bank, is also contemplating the prospect of applying negative interest rates on customer accounts. CFO James von Moltke said at the September Bank of America Merrill Lynch Annual Financials Conference 2019 in London that “We need to be much more robust about passing on negative rates.” He added: “We are very cautious about whether in a mass retail setting we would be able to pass on negative rates for legal reasons, including documentation requirements and other reasons, including politics.” Another major bank in the country, Commerzbank, is currently not considering passing on the negative interest rate costs to retail clients, Bloomberg reported the bank’s CFO, Stephan Engels, confirming in September.

The National Association of German Cooperative Banks, the association for the cooperative banking sector in Germany, believes that other banks may follow the move by Berliner Volksbank. “It can not be ruled out that additional customers or products will be affected,” spokeswoman Cornelia Schulz was quoted by Bloomberg as saying. Oliver Maier, Managing Director of market research firm Verivox Finanzvergleich, elaborated: “Things are changing in the industry and we expect further negative interest rates, especially since one of the major cooperative lenders has now taken that step.” Oswald Gruebel, a former Credit Suisse CEO and an ex-executive of UBS Group AG, commented on the issue in an interview with Swiss newspaper NZZ am Sonntag:

According to data provider Biallo.de, a number of smaller banks have already opted to share the negative rate burden with their corporate and wealthy clients, but the threshold is usually much higher than the 100,000 euros set by Berliner Volksbank. Germany’s largest savings bank, Hamburger Sparkasse, told the Financial Times in August that it had already levied “custody fees” on private customers with deposits above €500,000 and corporate customers with over €250,000 in their account.

Meanwhile, German Finance Minister Olaf Scholz said last month that he had told banks not to pass on the ECB’s negative interest rates to savers. He was quoted by Reuters as saying:

I told [the] bank chief very clearly that it would be a fairly bad idea to react by slapping negative rates on millions of savers.

What do you think of German banks slapping negative rates on customers? Let us know in the comments section below.

UNICEF has taken a step further towards cryptocurrency adoption by increasing its acceptance of Bitcoin (BTC) donations. UNICEF Funds To...