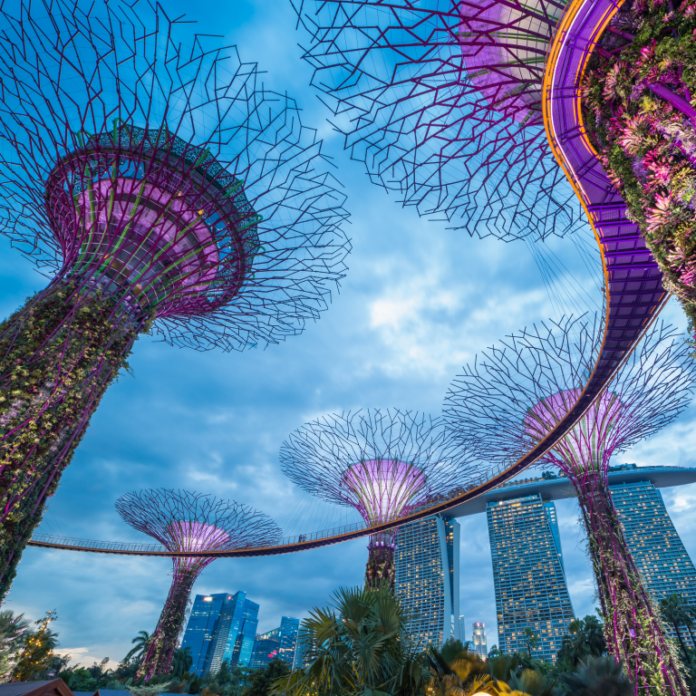 Dunamu Inc., the operator of the Kakao-backed exchange Upbit, said on Wednesday that it is launching a cryptocurrency exchange in Singapore next month, Yonhap reported. Dunamu established a Singaporean branch office in February and has been preparing for an exchange launch ever since, the news outlet conveyed. Kim Kook-hyun, head of Upbit’s Singaporean branch, was quoted saying:

As Singapore has proactively supported blockchain technology, our advancement into the nation will help us secure many chances to lead a variety of relevant projects and to have global competitiveness. Without revealing the exact launch date, the company confirmed that it will be in “early October.”

Singapore was picked as the firm’s first overseas expansion because of “the city-state’s strong support for blockchain and related technologies,” the Investor stated, adding that the firm plans to expand to more countries in the future.

At the Upbit Developer Conference held on Jeju Island, Dunamu CEO Lee Sir-goo confirmed that Upbit will not be issuing its own cryptocurrency. Referring to the exchange’s expansion to Singapore, he told reporters:

We don’t want to lose out on the opportunities now…If we wait until the Korean crypto exchange environment improves, we could lag behind our global competitors.

The new exchange will be headed by Alex Kim who previously served as the head of Kakao Indonesia, the Investor described, elaborating:

The Upbit Singapore [exchange] will be serviced in English and offer Singapore dollar trading. It will also support crypto-to-crypto pairs, including Upbit’s US partner Bittrex’s bitcoin, ethereum and tether markets. Lee detailed, “In the future we would like to add other fiat currencies and expand to other countries in Southeast Asia,” emphasizing that Upbit will continue to strengthen its partnership with Bittrex as it expands globally.

For the launch promotion, trading fees in the Singapore dollar market will be waived for one month for “users who complete their subscription and self-certification,” the publication noted.

What do you think of Upbit expanding to Singapore? Let us know in the comments section below.

Images courtesy of Shutterstock and Upbit.

Lolli: How Legit is the Customer Loyalty Program that Rewards Users in Bitcoin