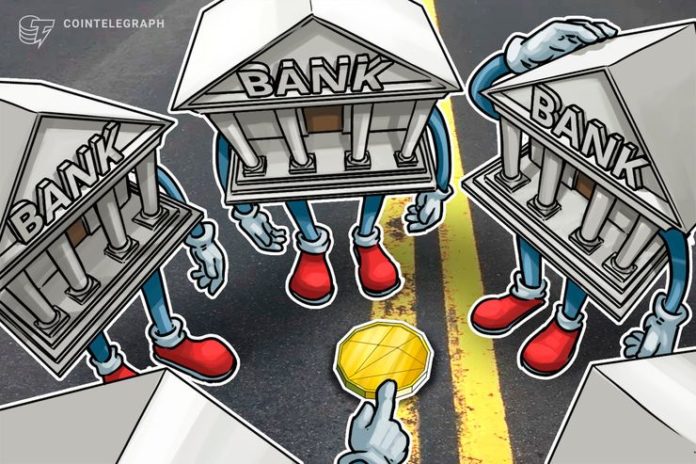 Several large Russian banks have expressed their strong interest in working with the industry of cryptocurrency and blockchain during a closed-door meeting held at the Moscow Exchange, sources told Russian news site RBC September 19.

As an unnamed source familiar with the matter told RBC, the demand for cryptocurrencies in Russia is very high, but the banks are not able to meet it due to the lack of clearly defined regulations.

Because of that, the representatives of the Russian banks present at the meeting have talked to regulators from Japan, Luxembourg and Singapore to adapt their experience to local realities. Moreover, a lobby group has been formed with the goal of approaching the Russian government with suggestions on how to regulate crypto in the country.

As an RBC correspondent has learned, an executive from an unnamed “large” Russian bank hsa proposed to create an alternative bill on digital assets which will be “drastically different” from the current one proposed by government.

According to RBC’s report, the private round table has been organised by a lobby group which includes Russia’s largest bank Sberbank, Alfa-Bank, VTB, and others.

The lobby group has also discussed regulatory issues with global experts, such as officials from a Japanese crypto exchange Bitflyer, Singapore-based blockchain platform NEM, and cryptocurrency Litecoin. Ex-Minister of Finance of Luxembourg Luc Frieden also took part in the meeting, explaining how his country had managed to build a legal framework for cryptocurrencies and become one of the leading financial hubs.

This was not the first meeting of a crypto lobby group held at the Moscow Exchange. The first one, also dedicated to Russia’s digital assets regulations, took place in June.

As Cointelegraph reported earlier, a draft law “On Digital Financial Assets,” proposed by the Russian Ministry of Finance, has passed the first of a total of three readings in the State Duma back in May. However, a group of high-ranking Russian managers considered it “unfinished and fragmented.”

In recent news pertaining to cryptocurrency mining, Bitfury has announced a “suite” of products powered by the company’s new mining...