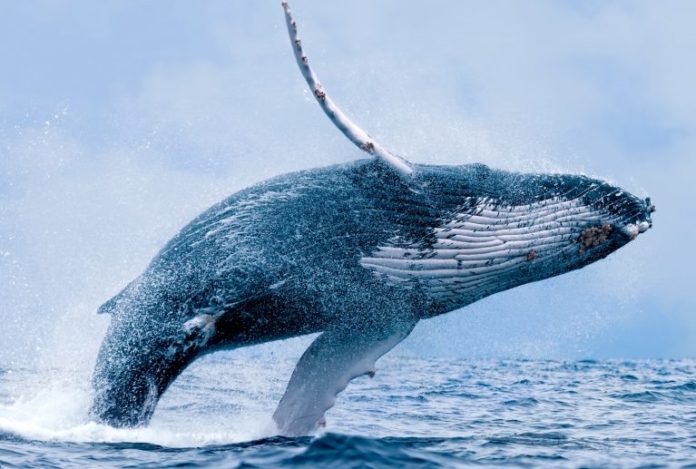 During our last market outlook, cryptocurrency prices had found new foundations after the massive rally on Friday, October 25. Since then digital currency prices have been meandering roughly in the same positions after coins like BTC failed to break upper resistance on various occasions.

At the time of publication, the market capitalization of all 3,000+ digital assets is hovering around $260 billion on Thursday, November 7. Currently, the top 15 coins with the largest market caps are down a few percentages between 1-5%. BTC is currently trading for $9,240 per coin and the market has an overall valuation of $166 billion today. The digital asset is down 1.44% in the last 24 hours but it’s up +0.16% for the week. There’s around $22.7 billion in global trades today with BTC and 76% of those trades are paired against tether (USDT). ETH is swapping for $187 per coin and is down 1.74% today but ETH is up 2.3% over the last seven days. ETH has a market valuation of around $20.3 billion and roughly $9.1 billion in trade volume worldwide. XRP has lost more than 3% on Thursday and 1.11% for the week as each coin is trading for $0.29. Lastly, the stablecoin tether (USDT) is holding the fifth-largest market cap today and is capturing roughly two-thirds of all trades within the cryptoconomy. The fourth-largest market valuation is held by bitcoin cash (BCH) on November 7 and each BCH is swapping for $291 per coin. BCH is down 3.3% today but is up around 2.7% over the course of the last seven days. There’s about $2.28 billion in global BCH swaps and the cryptocurrency has a market cap of around $5.28 billion. Yesterday digital currency analyst John Isige noted that BCH prices re-entered the $300 range and after conquering that price point “bitcoin cash has changed focus to $400.”

Over the last two weeks, there’s been a lot of fear uncertainty and doubt (FUD) surrounding the topic of whales. First, there was a research study that was widely debunked concerning one single BTC whale allegedly manipulating the market in 2017. Then many others have been watching giant whale wallets and onchain movements that showcase massive BTC transactions. The latest bitcoin whale discussion is centered around the Twitter account @whale_alert which has noticed a dormant BTC address housing 80,000 BTC.

“That address alone — if that is actually a whale who’s been holding their coins for so long without doing anything with them — if they decide, ‘Okay, let’s go sell them,’ it would crush the market completely,” Whale Alert explained in a recent interview. “But it’s really hard to say anything about the status of that address: Are those keys lost? Is that person even still alive? … It’s just waiting to see if anything happens with those addresses,” the Twitter account added. Meanwhile according to data stemming from the crypto analysis site Coin Metrics, the Bitcoin Rich List (BTC holders with 1,000 or more) has grown by 30% in the last year.

China Embracing Blockchain Could Be Bearish or Bullish

As news.Bitcoin.com’s Lubomir Tassev reported on November 6, the new edition of China’s Industrial Structure Adjustment Guidance Catalog has removed bitcoin mining from the unwanted industries list. Since the General Secretary of the Communist Party, Xi Jinping, lauded blockchain in a recent speech, digital currency markets have seen a massive boom and many people believe the new outlook from China is optimistic. There has been a huge shift from Chinese residents transitioning from the over-the-counter marketplace Localbitcoins to Paxful after localbitcoins.com published strict KYC/AML policies.

Moreover, Chinese traders are using other avenues like Localethereum and local.Bitcoin.com as well. However, various pundits believe that China will build a digital currency that will hurt public cryptos like bitcoin in the future. Gold bug and economist Peter Schiff believes a gold-backed digital currency stemming from China will be “bearish for bitcoin.” Schiff tweeted his opinion on November 1 saying:

According to Max Keiser, I’m an idiot because I think gold is better money than bitcoin. He also claims China is about to launch a cryptocurrency backed by gold. This is bullish for gold and bearish for bitcoin. A crypto backed by gold is much better than one backed by nothing.

On November 6, the head of Facebook’s cryptocurrency subsidiary Calibra, David Marcus, told participants at the New York Times Dealbook Conference that BTC is an investment and not a currency.

“I don’t think of bitcoin as a currency — It’s actually not a great medium of exchange because of its volatility — I see it as digital gold.” Moreover, Marcus highlighted that BTC basically conformed to the traditional status quo investment environment because it’s not considered a medium of exchange. Marcus said a key reason that Bitcoin has not been regulated out of existence is because it is not perceived to be a medium of exchange. “It’s an investment class that’s decorrelated from the rest of the market — Why feel threatened by that?”

Will Bullish Markets Continue or Are We Seeing a Fake-Out?

Overall cryptocurrency fans and observers are watching market movements, but things have been quiet lately as far as big price movements are concerned. Some people believe crypto markets will break through the upper resistance and continue the bullish trend that started on October 25.

I am being asked about a Head Fake on the six hour $btcusd chart. The setup up is near perfect all that is needed is completion, a hard down bar. https://t.co/6GmgDiy3yz I’ll be talking about these in Milan for Swissquote this Friday. @Swissquote_it

Others believe the current jump could be a fake-out, and after a few attempts, BTC’s market value could see the $7-8K price ranges again. Digital currency markets are seemingly at a pivotal position once again as traders hope and pray they played their positions correctly.

Disclaimer: Price articles and market updates are intended for informational purposes only and should not be considered as trading advice. Neither Bitcoin.com nor the author is responsible for any losses or gains, as the ultimate decision to conduct a trade is made by the reader. Always remember that only those in possession of the private keys are in control of the “money.” Cryptocurrency prices referenced in this article were recorded at 9:15 a.m. EST.

Canadians Like Bitcoin More as a Store of Value

A recent survey conducted by Canada’s central bank regarding Canadians’ thoughts on Bitcoin showed interesting results.  While the Bitcoin and...