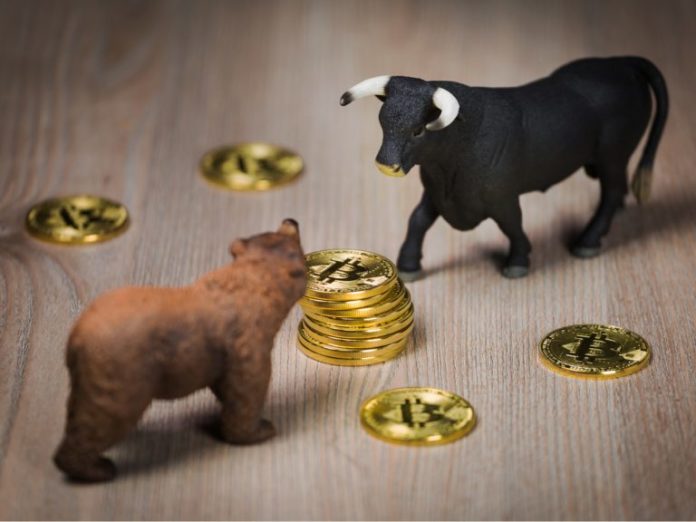 During the last few days, digital currency markets have been meandering sideways and prices have been less volatile. On Sunday, during the last 24 hours, the entire cryptoconomy is hovering just below the $200 billion zone and there’s roughly $71 billion in global trades. Crypto proponents are still uncertain about the future trajectory and whether or not digital currency price trends will continue sliding or rise again.

The Cryptoconomy Continues to Meander Sideways

Digital currency markets on Dec. 29, have seen a bunch of cryptos gather a few gains during the 24 hours of trading. Currently, the top 10 crypto market capitalizations have seen percentage increases between 0.50% to 5%. At the moment, BTC prices are around $7,392 which is up 1.05% for the day. BTC has an overall market valuation of around $134 billion and roughly $21 billion in 24-hour trade volume. Out of all the coin caps, BTC’s $134 billion market cap is dominating by 68%, but 74% of all BTC trades this Sunday is in tether (USDT).

Ethereum (ETH) is swapping for $130 per coin and ETH markets are up 2.3% during today’s trading sessions. This is followed by ripple (XRP) markets which have seen a 1.2% gain today and each XRP is trading for $0.19. The fourth-largest market valuation belongs to the stablecoin tether (USDT) and USDT is capturing around two-thirds of every crypto trade on Sunday. On Dec. 29, USDT trade volume is the highest out of all the coins with $25 billion worth of global swaps.

“Weekly price action smashed through the $200 mark, a retest is being observed in the current week, however, so far only resulting in rejection,” Chigbo said. “Price action is resting a breached daily pennant structure, a break and closure above would be critical for the bulls,” the analyst added.

On Dec. 27, the notorious gold bug Peter Schiff said that BTC is the only asset in the world right now that’s not rallying toward the end of the year. “Bitcoin is not disappointing those who claim its true value is that it’s a non-correlated asset,” Schiff tweeted. “Every asset class in the world is rallying into the end of the year except Bitcoin. Not sure what value this actually adds, but at least Bitcoin is meeting expectations on something,” the economist further remarked. Despite Schiff’s opinion, the digital asset climbed more than 8.9 million percent over the last 10 years compared to gold’s 38% climb. Moreover, the cryptocurrency was still the best performing asset in 2019 as well, even though prices have dropped.

Do Bearish Prices Equal an Upcoming Rip Your Face Off Rally?

Even though prices have been lagging, bitcoiners and crypto proponents believe markets will spike in the near future. Bitcoin trader Michaël van de Poppe thinks a deeper bottom is coming and a much larger rally will follow after. “Very simple, 2020 is going to be a great year for cryptocurrencies and Bitcoin,” the trader tweeted. “If market capitalization remains above $145-150 billion, I won’t be surprised we’ll see a rally towards $500-600 billion.”

In addition to this prediction, the prominent BTC commentator Hodlonaut can envision a face-melting rally. “The kind of sentiment doldrums we are in now [and] people seemingly accepting that 7k is fair value,” Hodlonaut wrote. “Dozens of bull narratives proven wrong — Fatigue high, hype low. [It] is exactly the type of place where it would be trademark Bitcoin character to start a rip your face off rally,” he added.

Overall, most traders and crypto enthusiasts are still uncertain as to where the future will take cryptocurrencies in the short term. Long term optimism is still high, but a decent number of analysts and traders think the bearish sentiment is not over. BTC/USD long positions (people betting the price will rise) have dipped a touch but are still extremely high compared to normal. Meanwhile, BTC/USD short positions (people betting against the price) are very low and there doesn’t seem to be many traders willing to short right now.

Disclaimer: Price articles and market updates are intended for informational purposes only and should not be considered as trading advice. Neither Bitcoin.com nor the author is responsible for any losses or gains, as the ultimate decision to conduct a trade is made by the reader. Always remember that only those in possession of the private keys are in control of the “money.” Cryptocurrency prices referenced in this article were recorded at 10:25 am EST on December 29, 2019.

So apparently, it was Christmas this week… Did anybody get any bitcoin? Bitcoin Price So we didn’t really get much...