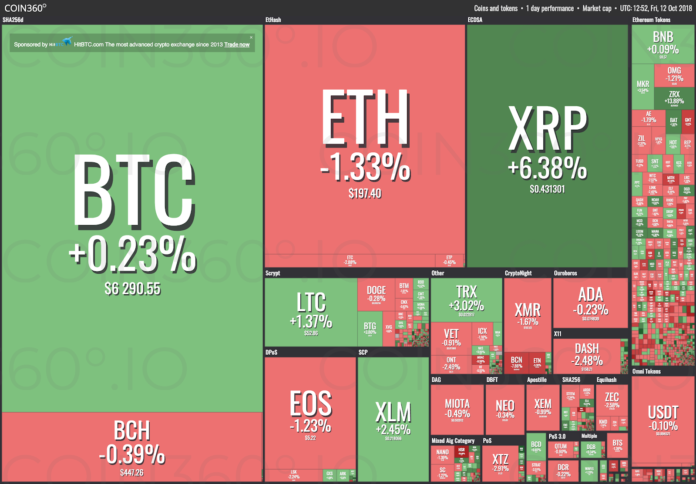 On its weekly chart, its cliff-like performance yesterday has brought Bitcoin down to around 4.7 percent in the red, although it continues to practically break even on the month, at around 0.3 percent in the negative. 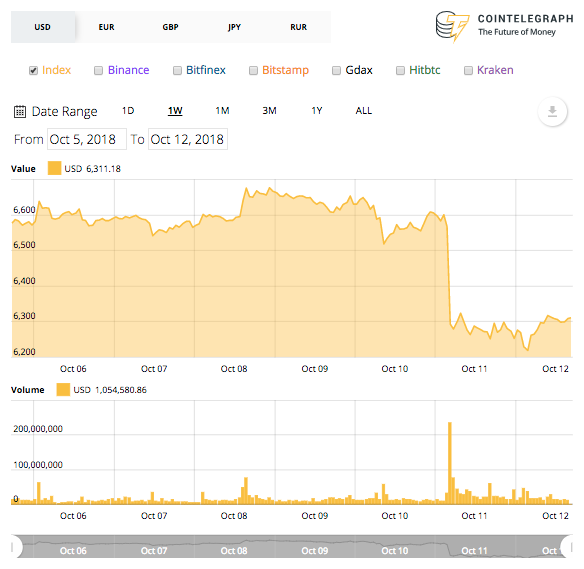 Ethereum (ETH) is down around 1 percent on the day to trade at $197 at press time. Its weekly chart shows a similarly stark sudden drop yesterday, after the altcoin had circled $230 levels throughout much of the week. Yesterday’s losses brought Ethereum as low as around $194.

On the week, Ethereum is now almost 13 percent in the red; monthly growth remains around 8 percent. 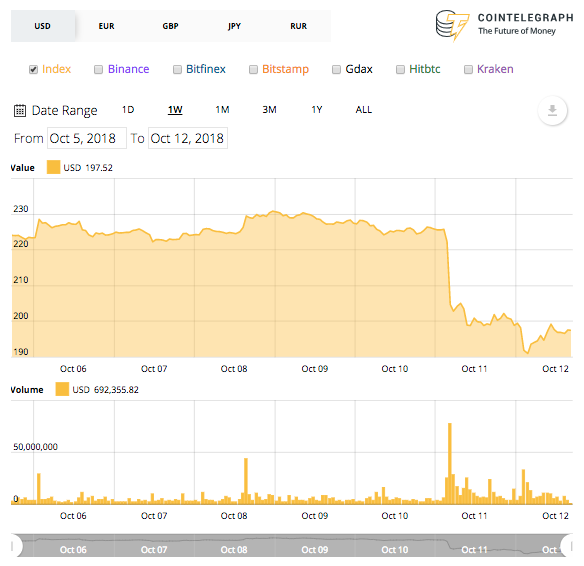 Ripple (XRP) is faring better, and is up close to a solid 7 percent to trade at $0.43. Nonetheless, the asset was not spared yesterday’s market-wide losses, and is showing a 17 percent loss on its weekly chart. 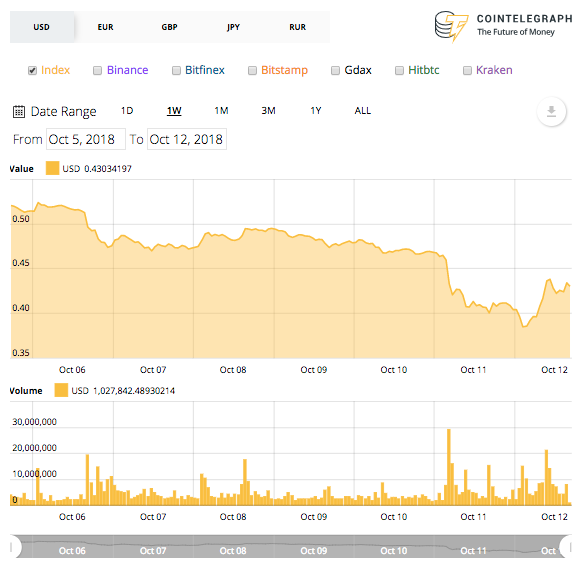 The remaining top ten coins on CoinMarketCap are all seeing a mix of red and green. After Ripple, Litecoin (LTC) has made the strongest recovery, although it has seen a relatively mild 2 percent gain to trade $53.32. Stellar (XLM) is up around 1.6 percent and is trading at $0.216.

Total market capitalization of all cryptocurrencies is down to around $202.2 billion as of press time – slightly recovering from a 24-hour low of $196.3 billion, yet remaining almost $20 billion down from an intra-week high at around $222 billion Oct. 8.

Earlier today, Cointelegraph reported that the U.S. Financial Crimes Enforcement Network (FinCEN) has issued an advisory that calls on cryptocurrency exchanges to monitor Iranian use of crypto to evade sanctions.

According to the agency, as of 2013 Iranian use of cryptocurrency includes “at least $3.8 million worth of bitcoin-denominated transactions per year”; FinCEN goes on to warn that cryptocurrencies represent an emerging “payment system that may provide potential avenues for individuals and entities to evade sanctions.”