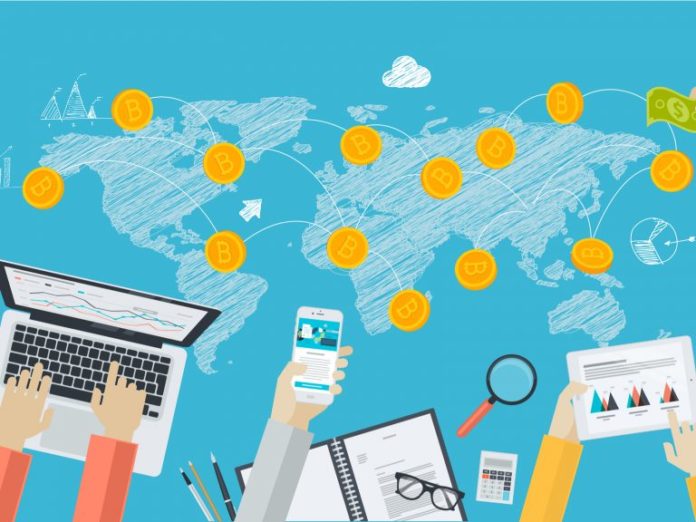 The recent bounce in the value of many leading cryptocurrencies relative to fiat currency has comprised the first bullish action in several months. Since bottoming out during the third quarter of 2018, many leading altcoins have made significant bullish moves against BTC.

BTC has entered its fourth day of consolidation at approximately $4,000, with bitcoin core currently trading for $3,940 on Bitstamp and $4,040 on Bitfinex. As of this writing, BTC appears to be on the verge of posting its first green monthly candle since July 2018.

Bitcoin core currently has a market capitalization of $69.88 billion and a dominance of 51.9%. Approximately $7.3 billion worth of BTC has changed hands during the last 24 hours.

BCH is currently in its fourth day of consolidation above $140 following Feb. 18’s 15% rally. January is presently poised to comprise the first green monthly candle for BCH since July 2018.

When measured against BTC, BCH has similarly consolidated for several days at the 0.036 BTC area.

Bitcoin cash is currently the sixth largest crypto asset with a capitalization of nearly $2.55 billion and a dominance of 1.89%. Almost $1.18 billion worth of BCH was traded over the previous 24 hours.

A number of top altcoins have made considerable strides over BTC in recent months, suggesting that an altcoin season may be quietly underway.

Ethereum currently appears poised to post its second green monthly candle in months against BTC. ETH is currently trading for approximately 0.0376 BTC, up roughly 50% from December’s low of 0.025 BTC.

ETH is currently trading for nearly $150. Ethereum is the second largest crypto asset by capitalization with a market cap of $15.6 billion.

Despite posting a bearish performance during February so far, XRP has generated three green candles since September, with XRP currently trading for 0.000081 BTC, more than 95% higher than last year’s low of 0.000041 BTC.

Currently trading for $0.32, XRP is the third largest cryptocurrency with a capitalization of nearly $13.24 billion.

LTC to Post Fifth Green Candle Against BTC in 6 Months

Litecoin has been among the strongest performing altcoins relative to BTC in recent months, with LTC about to post its fourth consecutive green monthly candle after gaining 36% since the start of February. LTC is currently trading for roughly 0.0124 BTC, up 80% from December’s low of 0.0069.

Litecoin is trading for $49 and comprises the fifth largest cryptocurrency with a market cap of almost $3 billion.

TRX appears poised to post its first red monthly candle in five months, following a 13.5% drop against BTC since the start of the month. Despite February’s performance, TRX is currently trading for 630 satoshis, up 120% from November’s low of 290 satoshis.

Tron is trading from $0.025 and comprises the ninth-largest cryptocurrency with a capitalization of $1.67 billion.

ADA is less than a week away from posting its third consecutive green candle, with cardano currently trading for 0.0000116 BTC, up nearly 40% from December’s low of 835 satoshis. Cardano is worth $0.046 and comprises the 11-largest crypto asset with a market cap of $1.19 billion.

How long do you expect the current altcoin season to last? Share your thoughts in the comments section below!

In the Daily: Token Delistings, Paybear Is Savvy, Revolut and Hackers

In this edition of The Daily, crypto exchange Upbit is preparing to delist four tokens, while several projects have accused...