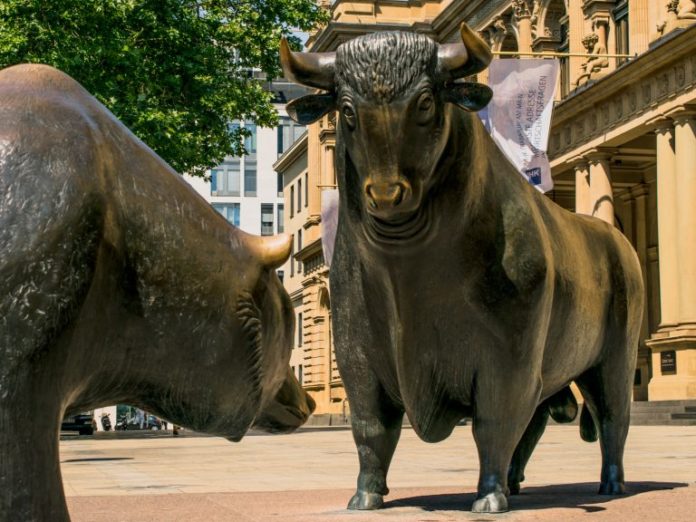 Despite the cryptocurrency markets appearing increasingly bullish, the leading crypto assets have posted mixed results in recent weeks. While BCH and LTC have made significant gains over BTC in recent months, ETH and XRP have lost value against BTC for much of 2019.

Bitcoin core (BTC) has posted seven green weekly candles out of the previous nine, comprising the longest period of sustained bullish action since 2017. The price action has seen BTC gain over 50% since the start of February, with prices consolidating above $5,000 throughout nearly the entirety of April. Despite the recent bullish momentum, many traders are expecting the market to encounter significant resistance near this $6,000 area, which comprised a major support zone during October 2017 as well as throughout the third quarter of 2018.

Bitcoin cash (BCH) has gained 160% since the start of February, rallying from approximately $110 to approximately $290. BCH gained more than 100% during the week of April 1, driven by record trade volume. When measured against BTC, BCH is up approximately 70% in less than three months after rallying from nearly 0.0325 BTC to establish resistance at 0.0680. BCH currently comprises the fourth largest crypto asset with a capitalization of $5.13 billion and a daily trade volume of $1.33 billion. BCH is presently testing support at the major support level of 0.055 BTC.

Of the top crypto assets by market cap, binance coin (BNB) has produced the strongest performance, only posting two red weekly candles since the start of December 2017. BNB is up 250% since February and is currently trading for roughly $24.50 after having testing all-time high resistance at $26 on April 20.

When measured against BTC, BNB has gained approximately 130% since February, having rallied into record highs for the last eight weeks. BNB is currently trading for 0.0046 BTC after posting a record high of 0.0048 BTC last week. BNB is the seventh largest crypto asset by capitalization with $3.37 billion and a 24-hour trade volume of $253.69 million.

ETH and XRP Slide Against BTC

Despite posting gains against USD in recent weeks, the second and third largest crypto assets have slipped against BTC.

After gaining 32% from 0.03 BTC at the start of February, ethereum (ETH) has since given back most of its gains during the past nine weeks, currently trading for 0.032 BTC.

Despite falling against BTC, ETH has gained 65% over USD in nearly three months, rallying from approximately $105 to currently trade for roughly $170. ETH is the second largest cryptocurrency with a capitalization of $18 billion and a 24-hour volume of nearly $6.17 billion.

XRP has lost shed approximately 30% against BTC since the start of the year, falling from around 90,000 satoshis to currently trade for roughly 61,400 satoshis.

The move has coincided with several months of sideways price action against USD, with XRP currently trading for $0.33. XRP is the third largest crypto asset with a market cap of $13.67 billion and a 24-hour trade volume of $1.1 billion.

Following several months of impressive gains, litecoin (LTC) has posted two weeks of retracement following a test of resistance at $100.

LTC is currently the sixth largest cryptocurrency with a capitalization of $4.67 billion and a daily trade volume of $2.94 billion.

Do you think that the leading markets will continue to post notably divergent price performance? Share your thoughts in the comments section below!