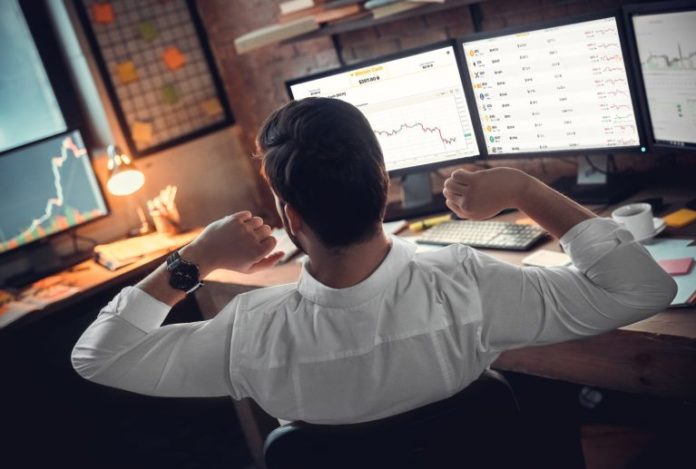 Cryptocurrency prices have corrected over the last 24 hours as most digital assets have dropped in value between 6-10% since June 2 at around 6:45 p.m. EST. At press time the entire cryptoconomy is valued at $250 billion with about $80.5 billion in global trades in the last day.

Digital currency values are lower this week after many coins dropped a few percentages during Sunday evening’s trading sessions. Crypto bulls started showing some exhaustion during our last markets update but global trade volume has remained roughly the same. On June 4 at press time, the price per bitcoin core (BTC) is around $8,011 and BTC has a market capitalization of about $142 billion. BTC is down 6% today and has lost 7.9% over the last seven days. The second largest market valuation is ethereum (ETH) and each coin is trading for $250. ETH has a total market cap of around $26.6 billion and has lost about 4.7% over the last 24 hours. Ripple (XRP) is trading for $0.41 per XRP, having dropped 5.9% in the last day. Lastly, the fifth largest market valuation is held by litecoin (LTC) and each LTC is swapping for $105 per coin. LTC charts show a loss of 5.8% for the day and 7.4% for the entire week.

Bitcoin cash (BCH) prices have dipped as well and each coin is trading for $397 per BCH at press time. BCH has lost 7.4% for the day and over the last seven days prices have dropped by 8.2%. Currently, bitcoin cash has an overall market cap of about $7 billion and over $2.1 billion in global trades in the last 24 hours. The top exchanges swapping the most BCH today include Coinbene, P2pb2b, Hitbtc, Binance, Huobi Pro, and Digifinex. Looking at the 4-hour BCH/USD chart on Kraken shows that bulls have lost the reins temporarily. Technical indicators show that most oscillators are either impartial signals or sell signals. For instance, the MACd, a momentum oscillator that subtracts the longer-term moving average from the shorter-term moving average, shows bears may pull the price down a bit lower. However, the 4-hour Relative Strength Index (RSI ~32.93) is hovering in the middle after touching overbought conditions on June 3. The two Simple Moving Averages (SMA) reveal the 100 SMA is still above the longer term 200 SMA trendline. This indicates that the path toward the least resistance is still the upside despite the recent correction. Order books show some fresh resistance above the $400 mark and some walls within the $430-450 range as well. On the backside, if bears attempt to bring the price lower than they will be stopped at support foundations between $375-340.

It seems that crypto prices are consolidating at the moment and intraday traders are searching for new positions. The downturn also follows alongside U.S. stocks tumbling in value with Dow Jones Industrial Average (DJIA) losing 365 points on June 3 and Nasdaq and S&P followed suit. Precious metals saw small increases yesterday and the price of gold is nearing a 13-month high. Some believe that precious metals like gold and silver and cryptocurrencies will be fueled by economic uncertainty as both types of markets have seen significant jumps in value. It’s likely due to the U.S. dollar’s drop in value which was sparked by commentary stemming from the St Louis Federal Reserve President James Bullard and Fed Chair Jerome Powell. Spectators believe the U.S. central bank is contemplating an interest rate cut in order to stabilize the American economy and dollar. As it stands, digital asset market values have increased a great deal in 2019. Even with the dip in value over the last 48 hours, at current market prices, cryptocurrency investments have still outpaced stocks, gold, and crude oil by a long shot.

French retail giant Carrefour has seen a boost in sales following its integration of blockchain technology, Reuters has reported. According...