The Monetary Authority of Singapore (MAS), the Singapore Exchange (SGX) and partners announced on Sunday that they have developed Delivery versus Payment (DvP) capabilities for the settlement of tokenised assets across various blockchain platforms.

DvP is a settlement procedure where securities and money are exchanged simultaneously on the condition that the corresponding payment is made, to ensure that delivery of the security occurs.

The development of these capabilities will support the simplification of post-trade processes and shorten settlement cycles. The announcement follows on from August, where the MAS and SGX announced they would be collaborating with Anquan, Deloitte and Nasdaq to explore the development of DvP capabilities, as Finance Magnates reported.

This collaboration is one of the two spin-offs of Project Ubin, an industry collaboration which began in November 2016 to determine whether distributed ledger technology (DLT) can be used to clear and settle payments and securities.

The DvP prototypes show that financial institutions and institutional investors can execute the simultaneous exchange and final settlement of tokenised digital currencies and securities assets. Being able to perform these tasks at the same time improves operational efficiency and reduces settlement risks, the statement said. 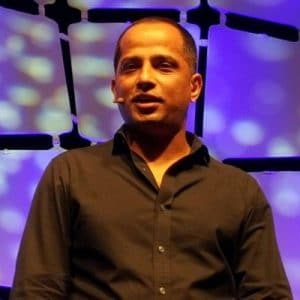 “The concept of asset tokenisation, as well as other learnings gleaned from this project, can potentially be applied to a broad spectrum of the economy, creating a whole new world of opportunities.”

MAS and SGX have published an industry report together following the conclusion of the project. This details their view of automating DvP settlement processes with Smart Contracts. Furthermore, the report also highlights key considerations to ensure that operations remain resilient.

Tinku Gupta, Head of Technology at SGX and Project Chair, added: “we are delighted to drive this important industry effort to accelerate innovation in the marketplace. Based on the unique methodology SGX developed to enable real-world interoperability of platforms, as well as the simultaneous exchange of digital tokens and securities, we have applied for our first-ever technology patent.”