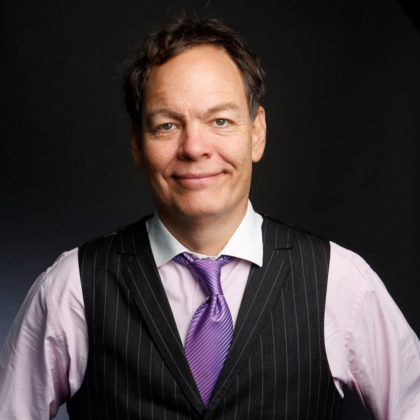 Max Keiser shares his thoughts with Bitcoinist on JPM Coin, Warren Buffet’s anti-Bitcoin comments, and what ‘permanent QE’ means for BTC price in the future.

Bitcoinist: Are your surprised that JPMorgan revealed its JPM Coin after bashing Bitcoin for years?

Max Keiser: JP Morgan is years behind and may never catch up in the cryptocurrency space. It’s laughable Jamie Dimon has been very vocal criticizing Bitcoin as a way to try and stop it and that didn’t work. Honey Badger don’t care. Now he’s trying to compete with his insecure, centralized, hot steaming pile of dog crap called JPM Coin. LOL.

Warren Buffet recently called Bitcoin a “delusion” that attracts charlatans. Why are top execs like Dimon and Buffet so vehemently opposed to Bitcoin (but not ‘blockchain)?

Buffett’s returns are tied directly to the Ponzi-economics of fractional reserve, illicit money printing by banks and central banks, market rigging and accounting fraud – all made easy – thanks to the absence of Hard Money in our economy.

Of course, Buffett hates Bitcoin and Gold for the same reason thieves hate locks and bacteria hate antibiotics. Buffett is a scammer who prints money via the banks he’s involved with to buy monopoly positions in large American companies that he then rips apart with mass-layoffs and stock buybacks. He’s the Charles Manson of Wall Street.

In our past interview, you said that the 2018 Bitcoin bear market was the result of the USD strengthening amid expected rate hikes. How will bitcoin react to the Fed now going into ‘permanent QE’ in 2019?

The trend in Bitcoin’s price flipped from bear to bull once the Fed said it would ease-off tightening and engage in permanent money printing (‘permanent QE’). This, by the way, is the definition of debt-monetization, which means the door has been opened to a hyperinflationary currency collapse of the USD.

Since you always say “you can’t taper a Ponzi” are negative interest rates inevitable? What does this mean for cash and how will it affect bitcoin?

Nine trillion in global sovereign debt has been issued with a negative interest rate (buyers lock in a loss if held to maturity). Negative rates are coming to retail bank accounts. This is wealth confiscation by the bank cartels to keep their insolvent balance sheets from imploding. The impact on Bitcoin and Gold will be moving to new ATH as safe-haven money pours in.

Bitcoin isn’t like a commodity since it’s production (of blocks) is constant regardless of demand. It’s not really like a stock either since its supply is hard-capped. Even Satoshi called it “bloody hard” to write a description for it since there’s “nothing to relate it to.” How would you classify Bitcoin? Is an entirely new definition needed?

Correct. Bitcoin is an entirely new asset class that so far has eluded definition by anyone. I could expand on this more, but for the purpose of this interview, suffice to say, that some surprises are still to come in terms of how Bitcoin interacts with the global economy and how every definition of money, economics and finance will have to be rewritten.

You also believe that hard money like Bitcoin discourages starting wars. Can you talk a little bit more on this considering the latest tensions in Venezuela and Kashmir?

Venezuela is a money printing basket case that is printing its way into the loss of sovereignty. If they switched to Bitcoin and/or Gold they could keep their sovereignty. The same can be said for India and Pakistan. The only country in the world that seems to understand this is Russia. They are aggressively stockpiling Gold and I’m hearing from Kremlin sources they will be adding Bitcoin later this year.

What are your thoughts on the ‘bitcoin mining is wasteful and bad for the planet’ argument?

It’s a dumb, non-starter argument. If anything, bitcoin mining is an incredible reduction in energy usage:

It promotes renewables for efficiency, bitcoin miners are portable, they go wherever there’s excess energy that is going to waste.

As the USD (and other paper money) collapses – energy usage by these fiat schemes, bigger than Bitcoin by a huge factor – will also collapse, resulting in a net reduction in energy use by 90% globally. I predict that eventually, Bitcoin’s carbon footprint will be zero and fiat money will disappear.

Wyoming is quickly becoming a ‘blockchain-friendly’ US state that has been in the headlines lately for its pro-cryptocurrency business legislation. Where do you stand on regulating Bitcoin?

Wyoming sees an opportunity to steal some thunder from Delaware and Nevada and become the go-to state for Bitcoin incorporation. This is fantastic news for Bitcoin and Bitcoin businesses. Caitlin Long and Trace Mayer are doing an amazing job.

Before we go… Alexandria Ocasio-Cortez or Trump? Who would pump Bitcoin price the most?

Some Bitcoin heavyweights have the ear of Trump, so I’ll go with fellow New Yorker Trump on this one.

What do you think of Max Keiser’s comments? Share your thoughts below!