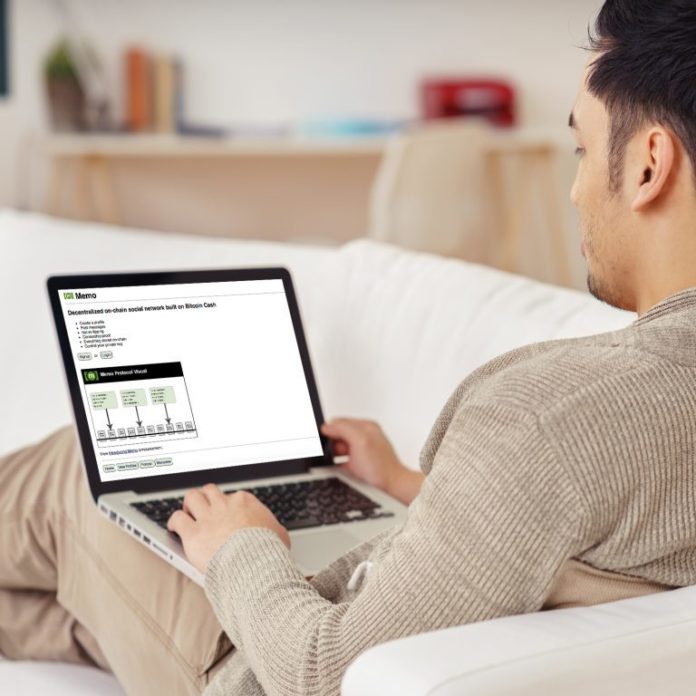 There’s a new website bitcoin cash proponents are chatting about called Memo. It’s an on-chain social network built on the Bitcoin Cash network. The creator of Memo says the platform is both a protocol and a front-end application that uses the BCH chain to store written data.

On April 15 a new on-chain social network was launched for the Bitcoin Cash blockchain called Memo. The platform allows users to create a profile which is tied to a specific BCH address and a public/private key pair. Users can then tether certain data using the program such as a website URL, a quote, or a certain date which is hashed into the BCH chain using an OP_RETURN transaction. A Censorship Free and Immutable Environment

Using Memo is pretty straightforward as all a user has to do is create a username and password which is then tied to a specific key pair with an address. The user’s address can be seen on any blockchain explorer and you need to load up the address with BCH in order to utilize the platform’s features.

It doesn’t take much, as writing a memo or interacting with others on Memo costs less than a penny. In order to trial the Memo application we just loaded up $1 USD worth of BCH to get started. This allows you to follow specific profiles which will create a feed for you at the bottom of the screen. Creating a memo is very simple as you just write or copy and paste the text into the dialogue box, and then enter the password tethered to your profile. After that, the memo can be seen by everyone using the platform and the data is tied to a transaction. Users will receive the ‘memo’ if they are following the profile who shared it, and they can also “like” and tip the memo as well. This means if you like what the user shared you can add BCH to their profile which is essentially tied to the user’s key pair. If a user collects a good amount of tips from their followers then they can withdraw the funds by utilizing the “export key” button. A short URL of this article has been stored in the BCH chain and can be found at this address here.

Users of Memo should take into consideration that the application is still in its alpha-testing period. This means you probably shouldn’t add too much BCH to the account until the developer releases a stable platform. Right now Memo is getting a lot of use from the public today, and the developers say the “Memo server has been under extreme load.” The website also states that Memo is highly experimental at the moment, and gives everyone a risk disclaimer to accept before using the protocol.

“You acknowledge that you are using an application that is in alpha testing, that your account could be wiped at any time, and that memo takes no responsibility for your account or keys,” explains the Memo development team’s disclaimer.

Another Cool Application Returns to Bitcoin

There’s already a lot of people to follow on the platform and some of them are cryptocurrency luminaries but it’s hard to tell if the person is who they say they are. There’s a bunch of funny comments so far and people adding links to Satoshi’s white paper. Memo is just another addition to the insurgence of applications now being trialed on the Bitcoin Cash network that were once considered ‘killer apps’ by the bitcoin community in the early days, before such ambitions were effectively killed by Bitcoin Core’s high fees.

Disclaimer: Bitcoin.com does not endorse this product/service. Readers should do their own due diligence before taking any actions related to the mentioned company or any of its affiliates or services. Bitcoin.com is not responsible, directly or indirectly, for any damage or loss caused or alleged to be caused by or in connection with the use of or reliance on any content, goods or services mentioned in this article.