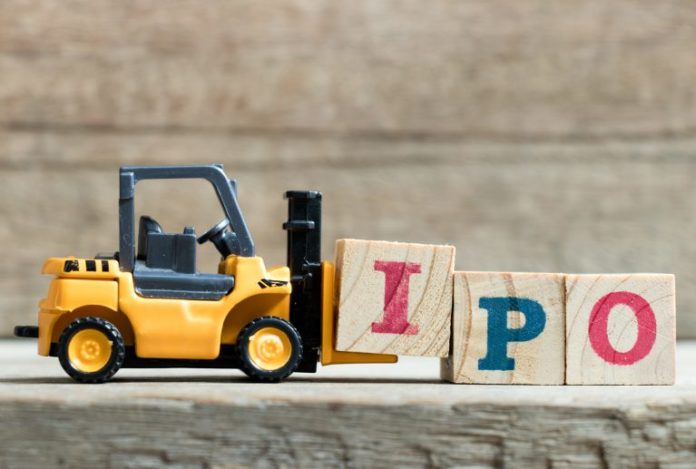 Ebang, the ASIC chip and mining rig manufacturer based in Hangzhou, China is allegedly filing for an initial public offering (IPO) in the U.S. following Canaan’s recent Nasdaq listing and Bitmain’s secret IPO filing. The world’s third-largest bitcoin mining hardware manufacturer plans to follow Canaan’s footsteps with an attempt to be listed on the American stock exchange Nasdaq.

Ebang Plans to File an IPO in the U.S.

Bitcoin mining has become an increasingly competitive industry and now three of the largest mining hardware manufacturers in China hope to leverage public offerings. Recently Canaan filed for IPO status in the U.S. and shares are already listed under the ticker NASDAQ: CAN. Further, during the last week of October, reports disclosed that Bitmain confidentially filed for a U.S.-Based IPO. On December 4, regional news outlets revealed that ASIC chip and mining rig company Ebang plans to file for IPO status in the U.S. in the near future. The partner at the blockchain venture capital firm Linkvc, Zhang Li detailed that he “confirmed” the IPO filing with the firm and “[Ebang] is planning to list on the Nasdaq as well.” “Go, go, China’s mining industry,” Zhang added.

The local crypto publication 8btc reached out to Ebang, but the Hangzhou-based firm declined to comment on the matter. Created in 2010, Ebang claims to capture roughly 9.2% of the share of mining equipment sales worldwide. The Chinese firm also filed for an IPO status on Hong Kong’s stock exchange (HKEX), but let the filing lapse in June. Bitmain filed for an IPO in Hong Kong but let the filing expire as well. When Ebang filed for the Hong Kong IPO, sources said the company would attempt to sell its stock for $400 million. The HKEX filing database that show’s Ebang’s prospectus noted the company lost significant earnings in Q3 2018. “We experienced significant decreases in revenue and gross profit for the three months ended September 30, 2018, compared to the preceding three months ended June 30, 2018,” Ebang’s HKEX filing reads. The $400 million figure was reduced after the poor earnings during the crypto winter of 2018 when it was initially reported by Reuters in August that Ebang was seeking $1 billion.

It is currently unknown what Ebang will attempt to raise when it files in the U.S., but Canaan raised $90 million. Allegedly, Bitmain’s confidential IPO filing is shooting for $500 million and will use Nasdaq for listing as well. Ebang calls its mining device series ‘Ebit’ and the Ebit E11++ is the eighth most profitable bitcoin miner on the market today at current prices.

The machine was launched in October 2018 and claims to process 44 terahash per second (TH/s) with 1980W off the wall. Ebang just sold out of the company’s latest release, the Ebit E12+ that processes 50 TH/s of SHA256 hashrate using its independently created 10nm chip called the “DW1233.” The Ebit E12+ sold for $2,410 per unit on the company’s webshop. The Ebit E11++ (44 TH/s) units are also sold out, but older Ebit models with lower hashrates can still be purchased.

Initially, when Ebang was created, the company dedicated its efforts to manufacturing products for telecommunication firms, but later introduced Ebit bitcoin miners. The latest move to go public also follows Ebang’s partnership with the HKEX-listed company Madison in October. According to reports, Ebang signed an MOU with Madison and the company would acquire more than $100 million worth of blockchain-related hardware.

The post Mining Chip Maker Ebang Next in Line to File for US IPO appeared first on Bitcoin News.

Almost 70 Crypto Funds Close This Year, Twice as Many Launch

Dozens of crypto funds, almost 70, have closed this year, a mainstream media outlet reported. And while the startling number...