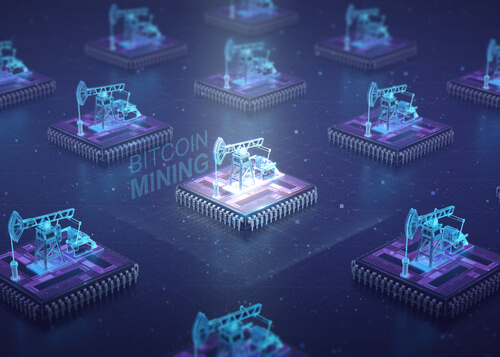 The cost of mining now outweighs the price of Bitcoin (BTC) according to a recent report by JPMorgan Chase. Analyzing the fees associated with producing a single coin, the financial firm found that the average cost of mining BTC is $4,060. Although the calculation takes into account a variety of factors, including purchasing and running the necessary equipment plus the time it takes to mine a coin, Bitcoin has hit a tipping point. With BTC price charts only hitting $4,090 this year, the threat of a cost>value scenario has been on the cards for weeks. Subsequently, as the price of Bitcoin in dollars sank to $3,415 on February 7, it’s now the case that mining coins isn’t commercially viable.

For analysts, the recent news doesn’t paint a positive picture. However, the cost vs. value debate is nothing new for long-time Bitcoin investors. In 2018, science journal Nature Sustainability published data which showed the energy costs of mining BTC exceeded that of gold and copper. Comparing the energy demands to generate $1 worth of BTC vs. $1 of gold, the data showed the former was twice as expensive. While the facts of the time were indisputable, the issue with these comparisons is that the price of Bitcoin and other cryptos is more volatile than assets such as gold and copper.

On the negative side, that means the downswings can be more dramatic. However, the counter to that is that prices can soar unexpectedly. Therefore, even if the cost of mining coins currently outweighs the value, things could quickly change. For evidence of how fast the landscape can shift, we only have to look back to 2017. From a fairly modest starting point of $1,000 at the start of the year, BTC price charts ended 2017 just short of the $20,000. Should another catalyst cause a boom, any FUD (fear uncertainty doubt) regarding mining would be forgotten.

Another point to note is that sensationalist headlines don’t apply to people wanting to buy Bitcoin. The average investor doesn’t really care how or where their coins from. All they really want to know is the price they paid and what the current value is. Of course, problems with mining will cause transaction times to increase and, as we’ve seen with Ethereum (ETH), that can cause price fluctuations. However, these changes aren’t likely to be as significant as certain news stories could suggest. What’s more, miners dropping off due to increasing costs will actually make the process more profitable for those that are left. In essence, the process is almost self-regulating.

Finally, it’s worth taking a look at the price of BTC in USD since the start of 2019. Despite being a fairly limited sample, the token’s value has been fairly stable. Although there have been losses, the price hasn’t moved much more than 10%. If we compare Bitcoin’s fairly linear path through 2019 to Ethereum’s, we can see the latter has been much more volatile. An 80% surge in January has caused analysts to predict a $500 valuation by the close of the year. However, while the value is still comparatively strong to what it’s been in recent months, the latest spike appears to have been a mini-pump. For short-term investors, such movements are great. However, Bitcoin appears to be taking a steadier course, irrespective of the cost vs. value debate. For long-term investors looking for a stable crypto in 2019, the evidence would suggest BTC is one of the better options.

A social media campaign for positive cryptocurrency regulation in India has passed 100 days with growing support from the community....