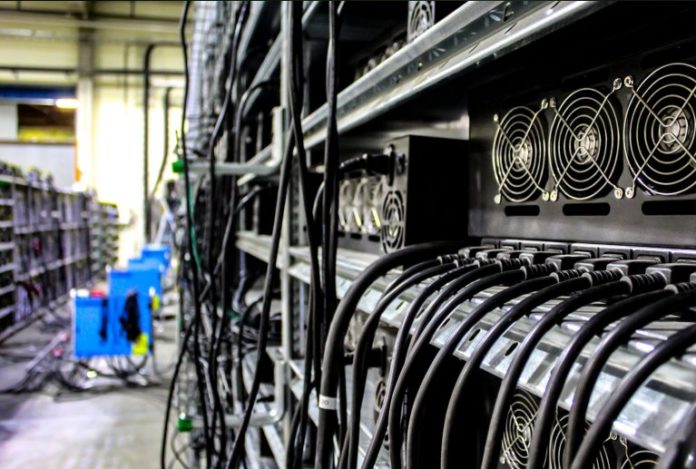 As the end of 2019 approaches, Coinshares Research has published its bi-annual mining report that contains informative research and observations about the bitcoin mining industry. Since Coinshare’s last report published in June, BTC’s hashrate grew by 50 exahash per second (EH/s) and the firm believes a decent portion of the power stems from China.

With crypto market prices seemingly in a slump, one would think that BTC miners would slow down. However, this hasn’t been the case this year, and despite the turbulent markets, BTC’s hashrate has grown monstrous. On December 12, Coinshares Research revealed some new statistics on the state of bitcoin mining today and a lot has changed since the last report. Of all the consensus algorithms, BTC’s proof-of-work (PoW) miners dominated by both security spend and total revenue. Moreover, the network’s processing power jumped by 50EH/s since the firm’s last bi-annual mining report.

“Since our last report of June 2019, the hashrate has nearly doubled, from approximately 50 EH/s to almost 90 EH/s, having peaked at more than 100 EH/s,” Coinshares’ report details. “During this period the Hashrate grew somewhat slower than the 5-year average — a period which roughly corresponds to the start of the ‘industrial era’ of Bitcoin mining — but significantly faster than both preceding 6-month periods.” The Bitcoin mining trends research notes that the rising hashrate is due to a combination of stronger BTC prices since the $3,000 range lows and next-generation bitcoin miners. Coinshares says that next-generation mining rigs produced by Microbt, Bitmain, Canaan, and Ebang produce “as much as 5x the hashrate per unit as their generational predecessors.” Between November 2018 and June 2019, Coinshares Research saw capital transfers and bankruptcies in the mining industry but the last two quarters have seen “expansion.”

“What we have seen is some movement of previous-generation hardware to Iran and the establishment of Kazakhstan as a major mining region,” the study underlines. With prices on the rebound, next-generation bitcoin miners, and new mining territories, Coinshares still sees a lot of mining in China. “We have reasons to believe the lion’s share of the newly deployed hardware has been predominantly installed in China,” the company’s research reveals. The report adds:

Regardless of the reasons, the effect is that the current Chinese hashrate ratio is likely higher than in June 2019. While we expect this ratio to fall again as latest-generation hardware further makes its way into the non-Chinese market, at the time of writing, as much as 65% of Bitcoin hashpower resides within China – the highest we’ve seen since we began our network monitoring in late 2017.

Coinshares’ last report noted that 74% of the world’s bitcoin mining operations are driven by renewable energy and since then data has scarcely changed. The researchers’ new estimate for industry-wide renewables penetration stands at 73% today. Coinshares assumes that it depends on location but certain areas such as New York State and Texas utilize renewable energy.

“Conversely, however, we also know anecdotally that miners in Kazakhstan – where there does exist a small amount of renewable energy – are all mining on coal,” the researchers suggest. The combination of global mining location estimates and regional renewables penetrations gives Coinshares researchers the impression that the “Bitcoin mining industry is heavily renewables-driven.”

The 15-page report indicates that there was significant growth in the latter half of the year as far as bitcoin mining is concerned. Further, high-powered mining rigs have bolstered the network’s overall hashrate even more so. “Hardware efficiency keeps rising in line with its 5-year trend — an exponential increase where efficiency increases by an order of magnitude(‘does a 10x’) roughly every four years,” the study notes. Coinshares’ report concludes that BTC mining is acting as a “global electricity buyer of last resort” and because of that the industry “tends to cluster around comparatively under-utilised renewables infrastructure.”

With 12 days to go until Christmas, the countdown is officially on! Check out these top crypto goodies that any...