Monero’s transaction fees have fallen by approximately 97 percent since its last update, according to CoinDesk.

On the 18th of October, Monero took on an upgrade called ‘bulletproofs’. The results are clear: transaction fees dropped from around 0.5 cents (US) on the day before the upgrade, to 0.019 cents as of now.

To start from the beginning: Bitcoin and other proof-of-work-based cryptocurrencies are pseudonymous. All transactions are open and written in the shared ledger, and all users are denoted by an alpha-numeric username. These can be tracked.

The problem with this system was that the majority of Monero transaction data was taken up by these range proofs.

Bulletproofs, which were invented by Stanford’s Applied Cryptography Group in December 2017, are a shorter, more efficient version of range proofs. One of the improvements is that they scale up logarithmically rather than linearly with the number of inputs.

According to Monero, these new algorithms reduce transaction size by approximately 80 percent. Transaction times and transaction prices drop along with it.

And because the scaling is logarithmic, the more bulletproofs used, the greater the saving.

Average fee has plummeted from 60 cents to 2 cents https://t.co/V6Nwejuo6L pic.twitter.com/d6d8qYB8WU

Apart from placing an emphasis on anonymity, Monero is designed so that it can be easily mined. This gives it extra applications – for example, the United Nations Children’s Fund has an online portal allowing users to donate computer power to mine XMR on behalf of the charity.

A drawback of this characteristic is that XMR is equally handy for crypto-jacking, which is when people make similar donations to less charitable beneficiaries, without being aware that they are doing it. 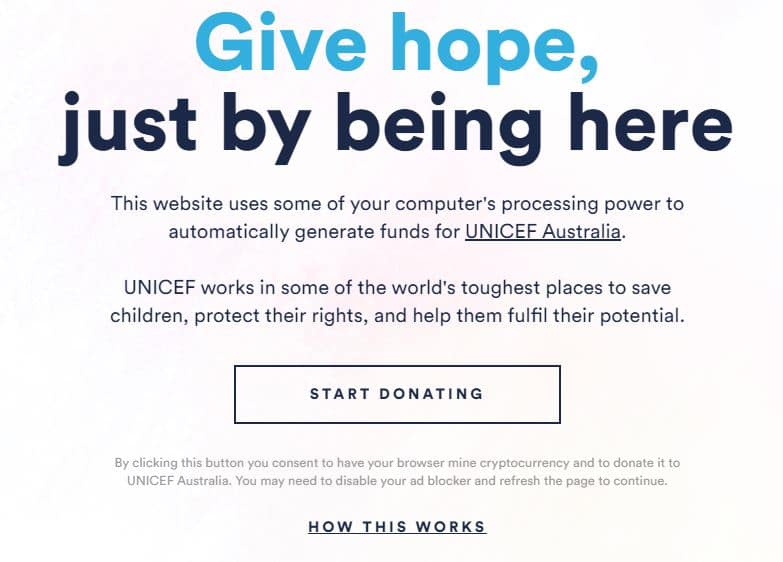 In August 2018, Monero altered its code to prevent Bitmain from taking over its blockchain with its new XMR-tailored mining machines.

Just a reminder that this WILL NOT work on Monero https://t.co/rhy6k2I4Yh

XMR has a current market value of $1.7 billion, according to coinmarketcap.com.

Cryptocurrency investors governed by Spain could face mandatory reporting of their holdings for tax purposes under a new draft law...