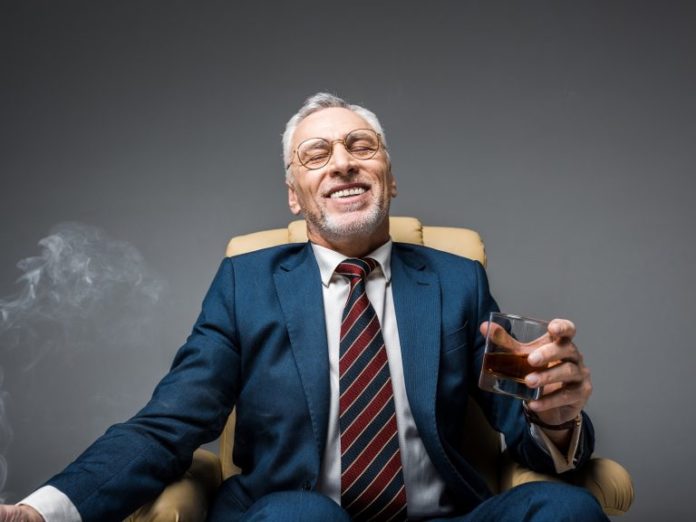 The recent seizure of a cargo ship owned by JP Morgan, a vessel loaded with 20 tons of cocaine according to latest accounts, highlighted the risks of banks’ involvement in illicit activities, inadvertent or otherwise. And although U.S. authorities released the MSC Gayane after the owner, JP Morgan’s asset management arm, and the operator, Mediterranean Shipping Company, paid a $50M in cash and surety bond, the stain remains and this is not the only stain. Money laundering for drug cartels and moving funds for terrorists, arms dealers and dictatorial regimes are among the sins banks have accumulated through the years. However, court settlements and billions of dollars in fines often help major financial institutions avoid prosecution, conviction, and labels like ‘Drugbanks.’

According to a study conducted by the International Monetary Fund (IMF) and the United Nations Office on Drugs and Crime (Unodc) in 2017, up to $2.1T dollars is being laundered by criminals each year. Although it remains extremely difficult to estimate the exact amount, Unodc believes it’s between 2 and 5% of the global gross domestic product (GDP).

The advancement of financial technologies, including cryptocurrencies, has undoubtedly increased the speed and ease with which money moves around the world. However, the organization singles out developments related to the traditional financial system to explain why finding, freezing and forfeiting criminal assets have become harder. Unodc says the “dollarization” of black markets, financial deregulation, and the spread of financial havens are the main factors. Many banks have invested in implementing expensive transaction monitoring systems that should by design detect suspicious behavior on the part of their clients. They are programmed to raise the alarm whenever predetermined patterns are observed, such as large cash deposits, multiple transfers through a bank account in a quick succession, and other complex financial transactions.

In reality, however, the great majority of the automated alerts, 95% in the U.S., are being evaluated as “false positives,” according to research by the Thomson Reuters Regulatory Intelligence published last year. Around 98% never make it into a report on suspicious activity. At the same time, the billions buried in these software systems fail to stop the big money launderers who employ sophisticated techniques and manage to avoid detection. That includes drug cartels, terrorists and rogue states.

Since 2018, a number of large banks, mostly European, have been dogged by money-laundering accusations. Swedbank, one of the financial institutions implicated in the scandal centered on the Danish Danske Bank’s operations in the Baltics, now has to deal with another chapter in the ordeal. A new report by the Dagens Industri newspaper reveals that Sweden’s leading bank has identified transactions from its customers to the FBME bank, shut down two years ago after being connected to the Syrian chemical weapons program. The suspicious transfers were discovered during an internal investigation last year and, according to the publication, were brought to the attention of the bank’s top management. It’s unclear when exactly they were carried out, which makes it hard to determine whether they breached sanctions imposed by the United States and the European Union on the regime in Damask.

The transactions were made between account holders in Swedbank’s Lithuanian branch and one or more clients of FBME. The Dar es Salaam-headquartered bank had previously been linked to arms and drugs trafficking, terrorist financing and money laundering. It was denied access to the U.S. financial sector and its license was revoked by the central bank of Tanzania in 2017.

Dagens Industri’s article comes during a difficult period for Swedbank. A documentary aired in February by the Swedish national broadcaster SVT provided details about the bank’s involvement in money laundering transactions with Danske Bank in the Baltic states. Following the revelations, Swedbank’s Chief Executive Birgitte Bonnesen and Chairman Lars Idermark left their posts.

The crypto industry is often criticized by the establishment for not doing enough to prevent risks associated with money laundering and terrorist financing that come with the use of decentralized digital currencies. But it’s actually the traditional financial sector that has a much longer track record of such violations. Scandals with banks providing services to bad actors are not a new occurrence and failure to prevent money laundering and the movement of illicit funds are not a recent phenomenon.

Banks often pay huge fines for breaches of anti-money laundering (AML) and counter terrorist financing (CTF) regulations. Multiple cases involving major financial institutions were recorded in 2018 alone, indicating either the inability of their AML systems to cope with the challenges or simply the lack of will to prevent criminal activities.

The list of banks punished by regulators last year is pretty long. ING Bank paid $900 million in the Netherlands for its failure to prevent money laundering and other bad practices between 2010 and 2016. One of the cases involved $55 million in bribes paid to the daughter of Uzbekistan’s president by the Russian mobile operator Vimpelcom, as reported by the Global Financial Integrity portal.

Another Dutch institution, Rabobank, paid $369M to the U.S. government for allowing hundreds of millions in cash from Mexico to be deposited in its branches in California and then transferred elsewhere. That happened despite obvious signs that the funds were linked to drug trafficking and other organized crime-related money laundering. Last year again, US Bancorp agreed to pay $613M in fines which went to settle two criminal charges after the bank was accused of failing to prevent money laundering by investigating only a limited number of suspicious transactions. According to the U.S. Department of Justice, as much as 80% of these transactions had to be examined. The bank, however, did not take steps to increase the funding and the size of its AML team.

The Swiss banking giant UBS was fined $15 million in the U.S. for failing to file suspicious activity reports. Between 2011 and 2013, its branch in San Diego transferred $9 billion for around 6,000 accounts of non-U.S. residents from Mexico, Venezuela and Panama. The U.S. Securities and Exchange Commission (SEC) found that the bank’s analysts were allowing transactions despite multiple red flags.

Elsewhere, Australia’s largest bank was found responsible for no less than 50,000 breaches of AML and CFT laws between 2012 and 2015. They were related to a type of smart ATMs called intelligent deposit machines (IDMs) which allowed users to anonymously credit cash deposits to their accounts with an unlimited number of transactions. Regulators believe they were used by criminals who laundered $75M. The Commonwealth Bank of Australia agreed to pay $534M in penalties.

Other notable examples from the past couple of decades include JP Morgan Chase which paid over $2B in a 2014 court settlement for ignoring alerts about Bernard Madoff. The Wall Street financier had an account at the bank and used it to run his Ponzi scheme. Citigroup is another entry in a list compiled by Bloomberg, with $237M in fines for the operations of its subsidiary Banamex USA. It processed transactions worth some $8.8B with limited oversight in a five-year period until 2012.

Drug Cartels Use US Banks to Launder Illicit Proceeds

Wells Fargo-owned Wachovia was fined $160M for processing $373B in wire transfers from Mexican currency houses between 2004 and 2007. U.S. authorities believe drug cartels used accounts at the bank to launder illicit funds and finance their criminal operations. According to a federal investigation into the notorious Mexican crime syndicate Los Zetas, covered in media reports in 2012, accounts at Bank of America were allegedly used to launder proceeds from cocaine trafficking. HSBC, the largest European bank, was also used for money laundering by Latin American drug cartels. It had to pay $1.9B for failing to implement proper monitoring of over $670B in transfers from Mexico and $9.4B in USD purchases. Standard Chartered, another London-headquartered bank which operates in more than 70 countries, was fined $967M in total for violating U.S. sanctions on Iran in 2012 and for weak AML controls in 2014. Deutsche Bank, which is the largest German bank, paid authorities in the U.S. and U.K. fines worth $670M for allowing Russian citizens to expatriate billions of dollars in mirror trades conducted through its Moscow office. Commerzbank, another German giant, was fined $1.45B in 2015 for failing to share with U.S. authorities information about the dealings of clients that were subject to sanctions. The institution was accused of processing over $250B in transactions ordered by Iranian and Sudanese entities between 2002 and 2008.

In so many of these cases, the fines have been paid as part of court settlements that helped the banks avoid further prosecution. The absence of prison sentences for bankers involved in facilitating money laundering schemes on behalf of drug traffickers and entities under sanctions also makes a strong impression. It turns out that crime syndicates and bad actors have less trouble accessing regular bank services than crypto companies with perfectly legitimate businesses, which continue to face difficulties when trying to open a bank account in many jurisdictions.

Are fines enough of a punishment for banks in cases of large-scale money laundering via traditional financial channels? What are your thoughts on the subject? Tell us in the comments section below.

You can now easily buy Bitcoin with a credit card. Visit our Purchase Bitcoin page where you can buy BCH and BTC securely, and keep your coins secure by storing them in our free Bitcoin mobile wallet.

The Bitcoin price (BTC/USD) has seen a solid uptick following its Wednesday slump towards the $9,000 mark. The original cryptocurrency...