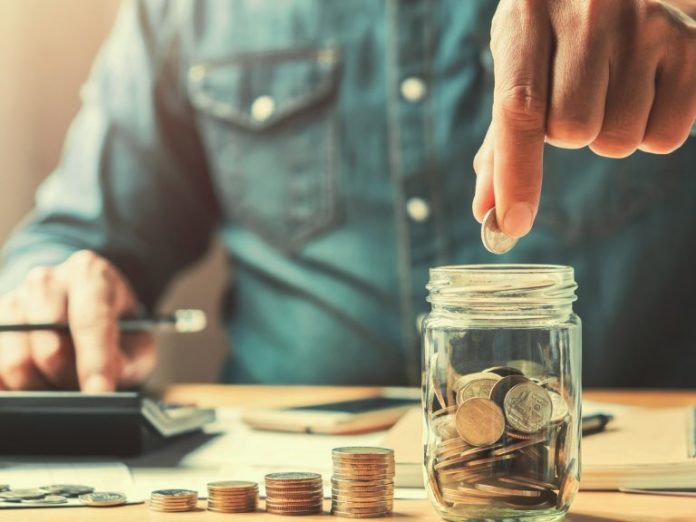 Cryptocurrency payments, as convenient as they can be, are still something most governments are trying to wrap their heads around and regulate. Local authorities, however, being closer to the citizens they are called upon to serve, are often quicker to adopt novelties that make their lives and the lives of ordinary people much easier. More of them are introducing cryptocurrency as a payment option for the taxes they collect and the services they provide.

Crypto adoption doesn’t have to be problematic. Recently, the City of Richmond Hill, Ontario started talks with a fintech company to arrange a new service for its residents. Individual taxpayers and businesses will be offered the option to pay property tax with bitcoin. Coinberry, which will provide the payment solution, is a Toronto-based startup registered with the Financial Transactions and Reports Analysis Centre of Canada, Fintrac. The negotiations began after the City Council of Richmond Hill supported in vote on July 10 efforts to reach an agreement with Coinberry. The company maintains a platform allowing purchases and sales of major cryptocurrencies, like bitcoin cash (BCH), bitcoin core (BTC), ethereum (ETH), litecoin (LTC), and ripple (XRP), with Canadian dollars. Using its services, the municipality will be able to accept digital coins through conversion to fiat money.

Quoted by the Canadian online edition Global News, the city’s deputy mayor and regional councilor Carmine Perrelli explained that any resident who wants to pay with digital coins will go through the mediating company, which will convert the crypto and pay the city with Canadian currency. By September 30, the municipality will evaluate the feasibility of implementing Coinberry’s solution to process other payments as well, such as city fees and charges.

In the spirit of the Latin saying Pecunia non olet, Perrelli said that city authorities wanted to give citizens every opportunity to pay with whatever currency they have. And although at this stage demand for the service isn’t overwhelming, the local official noted that the new payment option has already aroused some curiosity. The deputy mayor pointed out that the local government was mainly concerned about potential risks and costs for the municipality but stated:

From our perspective, there’s no risk, there’s no cost, and all we’re doing is providing an extra level of service. Whatever the currency is, we’re not concerned about how it fluctuates.

The deal with Richmond Hill is actually Coinberry’s second project of this kind in the province of Ontario. Earlier this year, in March, the fintech company entered into a similar agreement with the Town of Innisfil. The partnership, which started with a one-year trial, aims to provide taxpayers with the same service, allowing them to cover their property taxes with crypto coins.

Some of the town’s over 35,000 residents have already taken advantage of the crypto payment method, Innisfil mayor Lynn Dollin told media. “It’s about being future ready, and it’s about just providing that other option,” she remarked, noting that the process is very convenient for the municipality which receives the tax payments in Canadian dollars in its bank accounts.

Joe Di Paola, also serving as a deputy mayor of Richmond Hill, believes the demand for a payment option based on digital currency is going to grow in the future, especially among millennials. And according to Coinberry CEO Andrei Poliakov, quoted in a press release, leaders of government organizations and enterprises are realizing that they can innovate with blockchain and digital currencies.

The Canadian government recently adopted amendments to its anti-money laundering legislation concerning the exchange and transfer of virtual currencies and the platforms that provide related services. The updated regulations require them to register with Fintrac and implement compliance programs. They will have to keep record and report in detail any digital currency transaction worth 10,000 Canadian dollars or more. The stricter rules are going to affect the users of crypto services such as those offered by Coinberry. National authorities are generally slower to embrace new technologies than local governments. And when that eventually happens, they often introduce regulations that suffocate innovation. The more extensive the rules and limitations, the harder it gets to implement otherwise effective solutions. Sometimes even governments themselves suffer from their own complex and excessive regulations. Tax collection is a good example.

In the U.S., states like Ohio and New Hampshire have taken steps to facilitate the payment of taxes with cryptocurrencies. In the beginning of this year, a bill was proposed in New Hampshire that would allow its residents to do just that. The draft was approved unanimously by the Free State’s House Subcommittee. Bringing forward the new legislation, New Hampshire is moving in the footsteps of Ohio, which became the first U.S. state to accept bitcoin payments for various business taxes.

In February, Ohio treasurer Robert Sprague revealed that at least two companies have already paid their taxes using bitcoin since the state launched a platform for cryptocurrency payments at the end of 2018. Meanwhile, Indiana is another state that has been working to amend its tax code in order to allow tax payments in cryptocurrency. A bill aiming to achieve this was proposed earlier this year. But instead of regulating tax payments in cryptocurrency on federal level, the U.S. Internal Revenue Service (IRS) seems to be more interested in exploiting every opportunity to tax crypto users and traders. The agency recently announced that it started sending letters to over 10,000 taxpayers, advising them to pay taxes on their crypto holdings as well as interest and penalties in case they’ve failed to properly file past returns. And mistakes have probably been made as it now turns out that exchanging one coin for another is a taxable event.

The two Ontario cities and the U.S. states of New Hampshire, Ohio and Indiana are not the first regions to embark on introducing crypto payments for taxes. The municipality of Chiasso in the Swiss canton of Ticino has allowed its residents to pay their taxes with cryptocurrency since January 2018. The decision was announced after consultations between the town’s mayor Bruno Arrigoni, and local businesses and representatives of the crypto industry, which has found a favorable climate in the Alpine nation.

There are no boundaries when it comes to using cryptocurrencies for payments. Regional governments across the world can only benefit from introducing bitcoin as a payment option. Not only taxes, but all kinds of fees and fares can be collected in digital currency. And to implement solutions allowing that, local officials and entrepreneurs don’t necessarily need to wait for authorization from centralized power. That’s what a public transportation company in Fortaleza, the fifth-largest Brazilian city, recently did. Cootraps, a union of independent passenger transporters, announced at the end of July its plan to provide the residents of Fortaleza — which has a population of over 2.6 million — the opportunity to purchase bus tickets with cryptocurrency, alongside the traditional bank cards and fiat cash options. The system will be implemented by the end of the year and will support multiple coins in the long run. Speaking to the Brazilian news outlet O Povo, Cootraps CFO Carlos Robério Sampaio explained:

This is a way of reducing bureaucracy, even bringing more users to transport. We expect a larger flow of people, we will make it easier for the users.

Commuters will be able to make crypto payments with their smartphones without bothering the driver. Upon payment confirmation, a mobile application will generate a QR code they’ll scan when boarding the bus. According to the management of the transportation cooperative, the new system will lower costs and allow passengers to buy combo tickets for multiple trips.

For these and many other purposes, crypto payments are faster, safer, and cheaper than traditional fiat transfers. That’s also why Bitcoin.com developed Bitcoin Cash Register, a simple and very useful point of sale app available for both iOS and Android devices. It allows merchants and others to process bitcoin cash payments at any retail location. No account is needed to download and install the software that lets you accept BCH anywhere in the world.

Do you think local governments should start accepting cryptocurrency for tax payments and the services they provide? Share your thoughts on the subject in the comments section below.

Tensions between Venezuela and the United States continue to grow, with President Donald Trump increasing US sanctions against Nicolas Maduro’s...