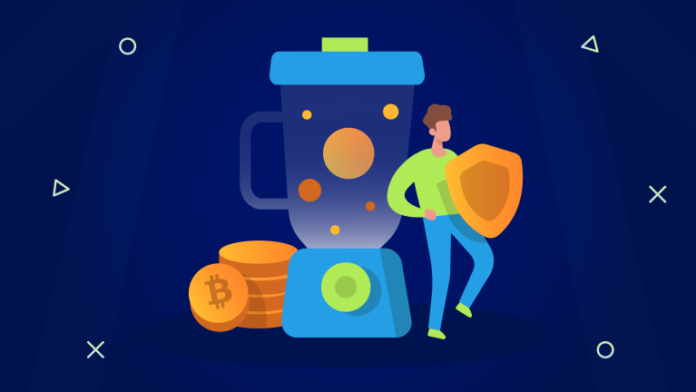 Governments and law enforcement agencies have been alerted to the possible illicit use of the pseudonymous Bitcoin (BTC) and cryptocurrencies ever since the notorious darknet marketplace Silk Road was shut down permanently by FBI, which seized more than 144,000 BTC derived from transactions made in the marketplace. This has led to governments and relevant authorities enforcing Know Your Customer (KYC) and Anti-Money Laundering (AML) compliances on the cryptocurrency market and services. However, many law-abiding Bitcoin users are concerned for their rights to privacy due to such measures.

Users who are privacy conscious have sought out privacy tools which could protect their personal information and Bitcoin transaction activities. It is through the growing demand that Bitcoin privacy add ons such as Bitcoin mixers have seen a positive growth and usage in recent years, as more people looking into buying the pseudonymous cryptocurrency are increasingly suspicious of government surveillance and the trust with Fiat currencies such as US Dollars. As a result, MyCryptoMixer (MCM) saw a surge of Bitcoin mixing volumes in less than 12 months since its inception.

It is important to note that privacy should not be strictly associated with illicit use. According to a report by blockchain analysis firm Chainalysis, a mere 10% of funds sent to mixers come from criminal activities, while the rest were mixed for personal privacy reasons.

To the average user, the process of KYC and AML could infringe the fundamental privacy rights amid tightening regulations from governments seeking to comply with Financial Action Task Force (FATF) recommendations and enhanced AML requirements on regulated centralised exchanges like Binance and Coinbase, and even payment applications which accepts cryptocurrencies. Fortunately, there are a few privacy tools (such as VPNs, TOR browsers and privacy Bitcoin wallets) that can obfuscate a user’s transaction, making them fully anonymous and private. In particular, the Bitcoin mixer has been gaining traction due to its gradual learning curve, suitable for everyone to utilise.

Similar to cryptocurrency exchanges, it is known that there are some Bitcoin mixers, putting up a facade of protecting the user’s identity but were actually created to steal the Bitcoins from their victims. Therefore it is crucial to perform some due diligence checks on the mixing service provider before proceeding with the service. Reputable bitcoin mixers like MCM are known to offer effective and easy-to-use privacy features that offer an additional layer of privacy and anonymity for the user’s Bitcoin transaction, since all transactions on the public Bitcoin blockchain are transparent and accessible by anyone through a blockchain explorer.

MyCryptoMixer – The Preferred Bitcoin Mixer of 2020

MCM’s meteoric rise in the Bitcoin mixer market is likely due to its trusted and user-friendly platform when compared to other mixers in the market. Plenty of measures are in place to ensure that every mixed Bitcoin transaction is untraceable, thus promising its users by upholding complete anonymity and privacy in the process. They have garnered a decent fanfare of crypto advocates who valued privacy through Bitcoin mixing. According to anonymous feedback by their users, MCM has gained rapid recognition due to its user-focused and highly responsive customer service support.

In addition to that, MCM is available in both clear web and TOR networks, catering to the user’s preference of anonymity level. The user-friendly mixer does not require any account registration for obvious reasons, and that the log of every mixing process is automatically wiped off the database to further conceal each and every mixing done within MCM. Also, the user may select up to five different receiving Bitcoin addresses for the mixed coins, and he or she may customise the time delay and fund distribution to each receiving address.

MCM is known to have the most straightforward mixing process in the market, in which the entire process can be completed in about five minutes or less. As mentioned in the earlier paragraph, the user will have the option to select up to a maximum of five receiving Bitcoin addresses, adjust the time delay and fund distribution across the selected addresses. Unlike other mixers, the negligible service fee of between 0.5% to 5% is determined by the user.

Users are prompted to deposit a unique amount of BTC based on the mixer’s randomised mixing algorithm to make the transaction and activity pattern difficult to track by blockchain analysis tools for every mix. Once that is done, the user could download a letter of guarantee which serves as a ‘warranty or status sheet’ on the exact details of the specific mix.

Launched in 2019, MCM is a highly reliable and secure Bitcoin mixer designed to achieve full anonymity and privacy for anyone that engages with Bitcoin transactions. Within a year since its inception, it has seen a significant growth in the weekly mixing volume. As one of the most user-centric Bitcoin mixing service providers in the market, they are empowered to assure their privacy conscious users with a peace of mind amid tightening KYC and government surveillance in the digital age today.

For more information about MCM, you may refer to their walkthrough guide on how to get started with Bitcoin mixing.

Despite an over 30% rally from lows, Morgan Stanley’s chief equity strategist in the US who accurately called the recent...