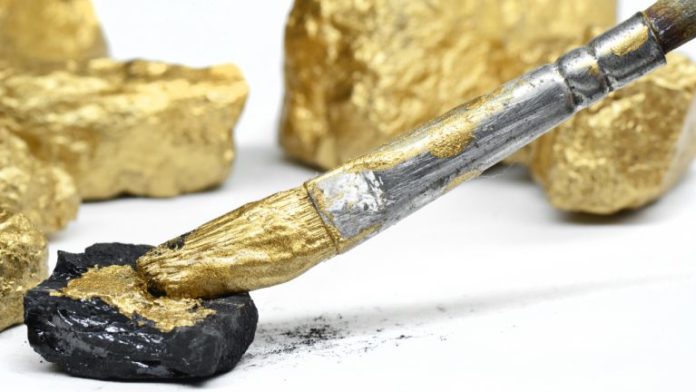 The Nasdaq-listed company that allegedly used 83 tons of fake gold bars as collateral to secure loans worth about $2 billion from multiple financial institutions in China is now in default and facing several class-action lawsuits.

The gold industry was recently shaken when it was discovered that a U.S. publicly-traded company was allegedly using 83 tons of fake gold bars to secure loans worth $2 billion in China. Kingold Jewelry Inc. is based in Wuhan, China, but it is listed on Nasdaq in the U.S. under the ticker symbol KGJI.

Following the fake gold news, the Chinese jeweler informed Nasdaq in a filing that it had received default notices of approximately RMB 10 billion ($1.44 billion) from seven Chinese lenders. These loans were backed by the gold bars found to be gilded copper alloy. The Shanghai Gold Exchange (SGE) has also terminated Kingold’s membership and Chinese authorities have launched a fraud investigation into the company.

Furthermore, a number of lawsuits have been filed against Kingold as the company’s stock price plummeted 24.11% on June 29 following the fake gold reports. One class-action lawsuit was filed by The Rosen Law Firm with the U.S. court for the Eastern District of New York for violations of federal securities laws. It names Kingold, its chairman Jia Zhihong, and former CFO Bin Liu as the defendants, claiming that they operated the company fraudulently and deceived investors.

Law firms Pomerantz and Bronstein, Gewirtz and Grossman also filed a class-action lawsuit against Kingold, its CEO, and former CFO. The complaint alleges that between March 15, 2018, and June 28, the company made materially false or misleading statements about its operations, specifically about using “fake gold as collateral to fraudulently secure loans.” It also failed to disclose material consequences that “the company would face creditor lawsuits and be delisted from the Shanghai Gold Exchange,” law firm Pomerantz described.

In a July filing with the U.S. Securities and Exchange Commission (SEC), Kingold declared that its Wuhan operations “have been significantly impacted by the disclosed loan defaults, related loan disputes, various legal proceedings and the resulting freezing of bank accounts.” Furthermore, the company’s jewelry production was halted between January and early April due to the covid-19 outbreak and Wuhan’s lockdown.

To help small investors in China recoup investment losses from large companies, the Chinese supreme court last week green-lighted a historic class-action lawsuit system for retail investors. The system will be a “convenient and low-cost claim channel” for small and medium volume investors and form a strong deterrent to financial criminals, the supreme court reportedly said in a statement.

China’s market regulators are investigating Kingold Jewelry over the fake gold allegation, calling for stricter risk management. “A number of banking, insurance and trust institutions were involved in the Wuhan Kingold Jewelry fake gold incident,” the China Banking and Insurance Regulatory Commission said. “Other than the problems associated with the company itself, the incident also revealed that the internal controls and risk management of some financial institutions were empty shells.”

What do you think about Kingold using fake gold as collateral? Let us know in the comments section below.

Chainlink has been caught in the throes of an intense bull run throughout the past few weeks The cryptocurrency has...