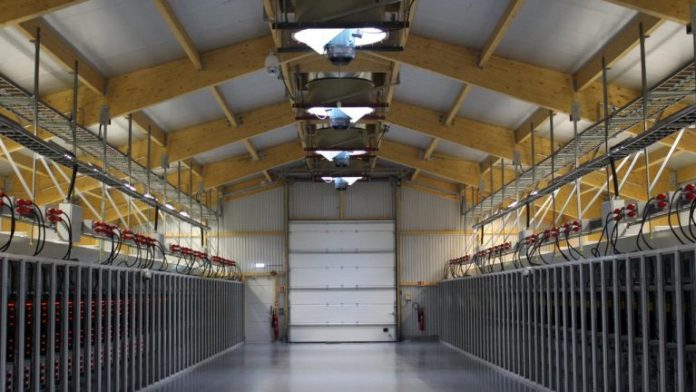 One of the earliest Nasdaq-listed cryptocurrency mining companies, Marathon Patent Group, announced a new agreement contract with the ASIC mining manufacturer Bitmain. According to the public company, Marathon has agreed to purchase 10,500 next-generation Antminer S-19 Pro models for $23 million.

Marathon Patent Group wants to be the largest bitcoin mine in the United States and its recent acquisition of thousands of next-generation mining rigs may help fortify that goal. On Friday, Marathon announced a long term agreement with Bitmain Technologies as it has agreed to purchase 10,500 new S-19 Antminers from the company.

The latest S-19 Pro series claims to provide 110 terahash per second (TH/s) per unit and is the most profitable bitcoin miner on the market today. Merrick Okamoto, Marathon’s Chief Executive Officer told the public the purchase was a milestone for the firm.

“The execution of this contract with Bitmain represents a milestone event for our company,” Okamoto said. “This investment is expected to result in Marathon being one of, if not the largest, bitcoin miner in North America.”

The latest order will increase the company’s net machinery to roughly 13,520 bitcoin mining rigs. Marathon purchased 500 S-19 Pro miners in mid-June and at the end of July, Marathon bought 700 M31S+ Whatsminers from Microbt, and another 660 rigs from Bitmain.

Okamoto continued, “Today’s news comes on the heels of recent incremental business growth through the purchase of what now is expected to total 13,520 next-generation miners generating 1.55 exahash (EH/s) upon full installation.”

Mining company stocks have been on a tear lately as well as public firms like Marathon, Riot Blockchain, and Hut8 have seen shares increase in value significantly. There is way more exposure to the bitcoin mining stocks these days than years prior. There’s Canaan, Ebang, Hut8, Marathon, Riot, Hive, OTC, MGT, DPW, Argo, DMG, and more. There are now 14 publicly traded mining firms and all of which have shares that can be purchased publicly.

Despite the delays in mining shipments, Marathon said “1,360 miners were delivered” to the firm’s hosting facility. “We are pleased to have provided Marathon with Bitmain’s latest generation of Antminer S19 Pro mining hardware,” Irene Gao an executive at Bitmain said on Friday.

“[Antminers are] equipped with the most advanced chipset currently available, the high-performance and low power consumption of the miners will significantly improve operations of Marathon’s mining business. This collaboration continues to strengthen our cooperation and will extend to future work together as Marathon expands its presence in the mining industry,” Gao concluded.

What do you think about Marathon Patent Group purchasing 10,500 S-19 Pro miners? Let us know in the comments section below.

Bitcoin Could See a Major Breakout in The Coming Days; Here’s Why

Bitcoin has been stuck in a tight trading range throughout the past several days This has offered little insight into...