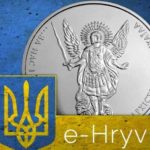 According to a recent report, the National Bank of Ukraine (NBU), has recently completed a pilot scheme for the country’s proposed nationally backed digital currency— e-hryvnia. The National Bank of Ukraine (NBU) e-hryvnia Pilot Scheme The plan to create the national currency by the Ukrainian Central has been in motion since late last year. The […]