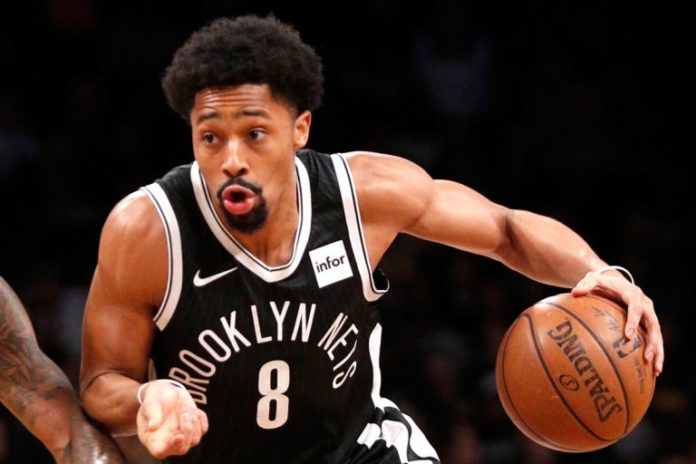 The news that Brooklyn Nets star Spencer Dinwiddie was to roll out an Ethereum-based investment vehicle for his own contract took the NBA and crypto communities by surprise. Disregarding an NBA threat to ban him from the professional basketball league, the 26-year-old point guard – who tellingly describes himself as “a tech guy with a jumper” on Twitter – launched his unique bond on January 13 with the aid of security token platform Securitize.

Also read: Close to 11 Million BTC Haven’t Moved in Over a Year

An Ambitious Leap Into the Crypto World

Dinwiddie’s desire to tokenize his lucrative Brooklyn Nets contract first made news in September, with the NBA quickly conveying its ire to the New York Times by citing a CBA provision that “no player shall assign or otherwise transfer to any third party his right to receive compensation from the team under his uniform player contract.”

Despite fierce protestations, Dinwiddie has turned his three-year, $34.4 million contract with the Nets into an investment vehicle called Dream Fan Shares, via which he will sell 90 SD8 tokens or Professional Athlete Investment Tokens (PAInTs). There is a caveat, however: the tokens can only be purchased by qualified accredited investors who have passed various SEC and legal standards. Regulations also stipulate that the tokens – priced at $150,000 a piece – cannot be sold or traded for one year.

As “digital transfer agent and technology partner,” Securitize is facilitating the move, which will let Dinwiddie claim $13.5M of his contract upfront as a sort of business loan. It’s a novel idea, and it is likely that other sports stars will be watching closely to see how it plays out. It’s conceivable to imagine other athletes structuring and issuing their own debt instruments in digital token form, the size of their contracts making it simpler to bootstrap liquidity and interest using tokenized instruments. Incidentally, Dinwiddie’s three-year bond is forecasted to pay out 4.95% base interest on a monthly basis, with the entire principal dispensed at the end of the period upon maturity in a bullet payment.

Dinwiddie’s initial idea – to offer dividends for investors if he opts out of his contract in the final year, switching allegiance to another team or inking a new deal with the Nets – was kiboshed by the NBA, who deemed it a form of gambling. Nonetheless, the forward-thinking player seems to have gotten most of what he craved following protracted discussions with the Association.

In an attempt to further sweeten the deal for potential investors, Dinwiddie promised to take eight backers to All-Star weekend in Chicago if he’s picked for the game.

When Crypto and Sport Collide

The announcement of the player’s bond-based security provoked an outpouring of opinion on social media, ranging from acclaim (“You’re pioneering a new way for athletes and fans to engage with each other”) to scorn (“This is awesome conceptually but the “accredited investor” bit is wack. It’s bullshit in legacy markets and it’s bullshit here. Keeping real folks from participating”). Tron CEO Justin Sun was in the former camp, as he inquired how to get his hands on the token. It will be interesting to see just how many parties back Dinwiddie before the investment period ends on February 10.

One person who welcomed the release of SD8 tokens was Messari CEO Ryan Selkis. In his January 13 newsletter, the entrepreneur said, “I’m a net buyer of tokenized athletic contracts as a precursor to widespread ISA adoption, and view the Dinwiddie bonds as merely the first in a coming slew of high-profile contracts that leverage a much more efficient technology (crypto) than previous attempts at similar structures through the legacy securities markets.” Of course, it is not the first time that the worlds of sport and the NBA have collided. Back in 2014, Sacramento Kings became the first pro sports franchise to accept bitcoin for tickets and merchandise, a feat replicated by Portuguese soccer team Benfica last June. English Premier League teams Wolves and Newcastle United have also struck kit sponsorship deals with crypto platforms like Stormgain, while boxing champion Manny Pacquiao launched a merchandise-backed crypto (the “pac” token) in August. As for Dream Fan Shares, their website states that they are “actively working to bring additional athletes, artists, and influencers onto the platform.”

What are your thoughts on Spencer Dinwiddie tokenizing his contract? Let us know in the comments section below.

The pressure is mounting on the major economies of the world. This can be clearly evidenced by observing central bank...