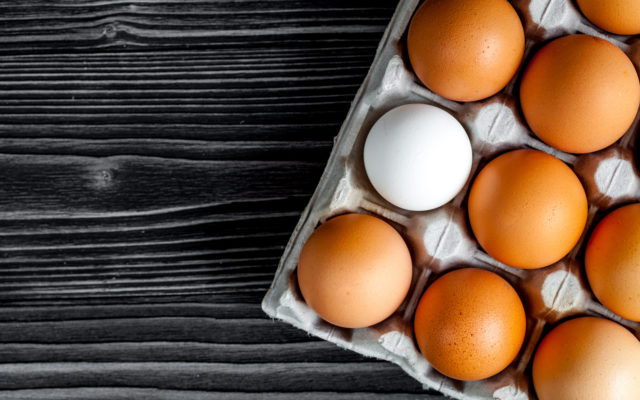 A new Binance Research report highlights the correlation between various cryptocurrency ‘clusters’ – concluding that Ripple’s XRP token offers a ‘diversifying’ position for investors. At the same time, diversifying has not been the most successful strategy when it comes to reducing risk based on historical market performance.

Binance Research released a report this past week detailing the correlation between types of cryptocurrencies.

Ripple, on the other hand, showed less of a correlation with Bitcoin and Ethereum’s trends and was named “the best diversifier among digital assets with a market cap above $3 billion” in the report.

Previous reports on the risks of diversifying cryptocurrencies, however, suggest that spreading risk across altcoins,  XRP included, might not be the safest strategy given Bitcoin’s typical market behavior.

The Binance study, meanwhile, also noted other findings in the relationship between various cryptocurrencies.

A single cluster was found for the following assets:

While other coins exhibited price action from being (or not being) listed on specific exchanges: namely the “Binance effect” and the “Coinbase listing effect.”

For example, Tezos and Dogecoin, two assets not listed on Binance, each formed their own individual “child” clusters. While for Coinbase, some assets were listed by the company also formed similar cluster groups (e.g. XLM).

The Binance researchers focused on the top 30 cryptocurrencies by market cap and their USD-equivalent prices were also taken from CoinMarketCap. Though ‘real’ cryptocurrency volumes should have also been taken into consideration.

Stablecoins were excluded from the study along with any virtual asset that was backed by other assets “whether they were digital or physical.”

A 30-day rolling average for market caps was used and the 30 “non-backed” largest assets were selected for the research. The date range covered the period between March 31st, 2018 and March 31st, 2019.

The figure below represents the weekly return correlation matrix. 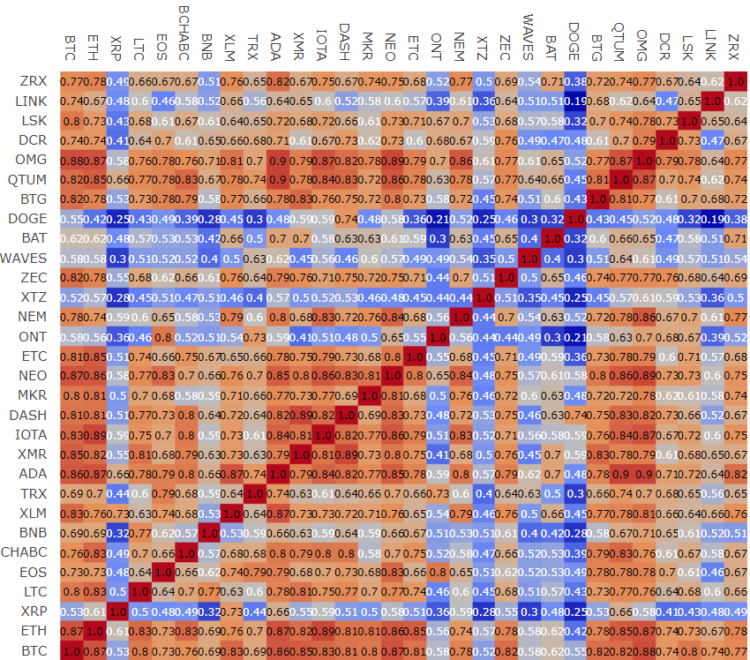 A final set of clusters were also found. The study uncovered that certain “privacy coins” like Dash and Monero formed a single cluster.

However, in an effort to avoid drawing absolute conclusions, the report came with a disclaimer, stating:

On the other hand, performing K-Means clustering on risk-return profiles of each cryptoasset did not return any meaningful results. One potential explanation is that return & volatility profiles are not related to underlying price co-movements over the study period.

The Binance team noted that since its previous report, the overall correlation across the cryptocurrency market has increased,” which may be due to the rise of stablecoin volume, and the corresponding increase in pair offerings, in all crypto asset markets,” the report said.

Earlier this week, Bitcoinist, reported that Bitcoin has pushed the Bitcoin Dominance Index to new highs in 2019 against alts, though ‘real’ indices put this figure over 80 percent.

[Disclaimer: The information contained in this article is intended for educational purposes only and should not be taken as financial advice. Not your keys, not your coins.]