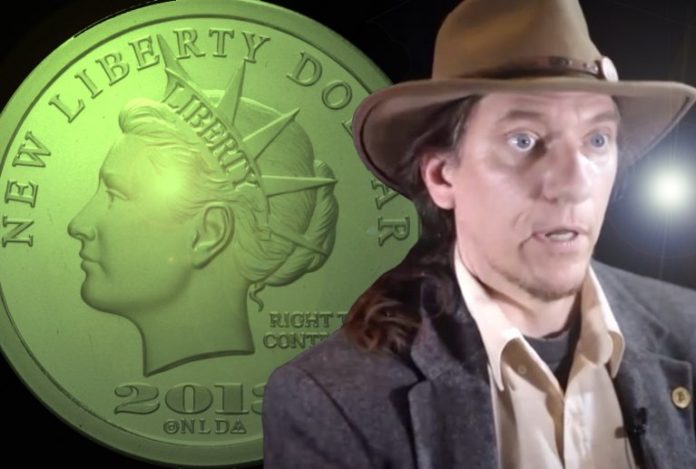 The ongoing Kleiman v. Wright case saw expert testimony on Monday from the plaintiff’s cryptography specialist, alongside the defendant Craig Wright’s witness, Nchain CTO Steve Shadders. The court participants discussed parsing through 27,000 bitcoin addresses as well the Kleimans’ forensic expert finding discrepancies within specific documents and contracts between the two business partners. Moreover, it seems the Kleimans’ legal counsel has been pursuing a subpoena in order to compel the former managing director of the New Liberty Dollar, Joseph Vaughn Perling, to appear in court.

Kleiman v. Wright, the high profile court case in West Palm Beach, Florida has had a day filled with expert witness testimony from both sides of the case. Wright is being sued by the estate representing the now deceased David Kleiman. According to the lawsuit, the plaintiffs believe self-proclaimed Bitcoin inventor Craig Wright manipulated David’s bitcoin assets and intellectual property inheritance. “As of the date of filing, the value of these assets far exceed $5,118,266,427.50 USD (before punitive or treble damages),” the opening statements of the lawsuit reads. During the hearing on August 5, Dr. Matthew Edman, a cryptography expert, and the Kleiman estate’s witness, told the court that there were various discrepancies within the court documents he reviewed. Wright’s attorney Amanda McGovern from the legal firm Rivero Mestre cross-examined Edman. The forensics expert said he examined the metadata tied to an alleged deed of trust, and emails between Kleiman and Wright. When McGovern asked the expert if anyone could manipulate the metadata, Edman conceded and told the court that it was possible. “Anybody could have manipulated the metadata, but again there are a number of indicators in the metadata that are consistent with the defendant.” Edman further opined that to him it was improbable that it could have been just anyone and noted that timestamps matched Wright’s home of residence in Australia. The plaintiff’s expert witness couldn’t explain to McGovern why someone would manipulate the metadata. Just like his prior testimony, Edman continued to assert throughout his statements that there was circumstantial evidence the changes derived from the defendant. Earlier in the morning, after the case started at 9:30 a.m. EST, Steve Shadders, the chief technology officer of Nchain, gave his testimony to the court. He’s been responsible for parsing through a list of early BTC addresses and claimed the list could be between 16,000-27,000 addresses. According to Shadders, Wright’s knowledge of the technology makes him certain he is the inventor of Bitcoin. “If he could, he would,” Shadders told the court when he was asked why Wright couldn’t come up with the list of public addresses. The Nchain CTO also told the plaintiffs that his research was “dependent” on Wright and the self-styled Satoshi’s word and data. The entire day was dedicated to the examination and cross-examinations of both Edman and Shadders. The two disputing parties will reconvene on August 26 and Kleiman and Wright’s attorneys will provide more arguments. At that time, Judge Reinhart could determine if Wright will be sanctioned in contempt of court for not producing the addresses.

The lawsuit has gone on for months now and it doesn’t seem as though the case is ending anytime soon. On July 24, the plaintiffs were granted a motion for issuance of rogatory subpoenas to foreign third parties located in the United Kingdom. Furthermore, Joseph Vaughn Perling, the former New Liberty Dollar managing director and Bitcoin evangelist, has been subpoenaed to appear in the Klieman v. Wright case. Perling, otherwise known in crypto circles as JVP, has an interesting history with the Wright phenomena. JVP is well known for his background issuing the New Liberty Dollar silver pieces which were .999 fine silver private issued medallions. Additionally, JVP was a well known member of the Bitcoin community and contributed to many cryptocurrency discussions on Twitter and forums. The subpoena for JVP was first issued on June 5, 2019, and there have been multiple motions made up until July 29. JVP was also well known for playing a mysterious part in Craig Wright’s Satoshi story. Back in May 2016 when Bitcoin developer Gavin Andresen and Jon Matonis were allegedly shown so-called ‘proof of Satoshi,’ Perling also joined in the discussion. That year JVP did an interview with Bitcoin Magazine’s Aaron van Wirdum and told him a lot of interesting things in regards to the ostensible Tulip Trust. During the beginning of the interview, JVP gave the reporter a message meant for Wright and told the journalist he could publish it. The messag, from one of the so-called trustees of the Tulip Trust, said it was “rumored that Craig Wright will need to access the Tulip Trading Trust assets.” The message seems to stem from a group and asserts that third parties or intermediaries cannot make a direct request with the trustees and all trust requests must be done their way. Another interesting thing to note about the message is that it says that “any coin movement affecting the trust asset without prior authorization will be considered a trust violation.”

It’s important to note that JVP’s intention within the interview was to get that specific message across. Throughout the rest of the discussion, JVP’s responses to questions were extremely cryptic and possibly meaningless. The Bitcoin Magazine article highlights that JVP made appearances in the Bitcoin Core Slack channel and told people Satoshi would be revealed that year. Additionally, the interview notes that the purported message from the trustee could not be verified by “any other sources to confirm the information provided by Vaughn Perling.” Moreover, during that same week, the Bitcoin influencer known as Bitcoin Belle (Michele Seven) shared a picture of JVP and another person who appears to be Uyen Nguyen. Belle was entangled in the drama and introduced Craig Wright to the community at a conference in Las Vegas with other guests like Nick Szabo. Not too long after the incidents during the first week of May, both Bitcoin Belle and Uyen Nguyen disappeared from the public spotlight.

The Mysteries Behind Uyen Nguyen, Bitcoin Belle and JVP’s Roles in This Saga

Nguyen allegedly operated Wright’s “Tulip Boy” Twitter account that week and explained that she was a young Vietnamese female operating under secrecy for years. On May 5, the Tulip Boy Twitter handle that belonged to Craig Wright said that Nguyen was 24 years old and started the project when she was 18. After a slew of cryptic tweets from the Tulip Boy account which has since been deleted, Uyen Nguyen was never heard from publicly again. There are alleged photographs of Nguyen with JVP and evidence online that shows Nguyen being involved with the so-called ‘Satoshi proof’ orchestration. She is also named as a beneficiary in documented evidence, as her signature is seen on many agreements between Kleiman and Wright’s business operations within many court documents. However, almost every trace of Nguyen’s online existence has been wiped from the internet including GIAC certifications, a Google+ bio, Linkedin profile, a Facebook account, and her membership with the Lifeboat Foundation.

Bitcoin Belle also left the crypto community shortly after the Wright fiasco but has made a few public appearances since. She recently published a fictional book called “CCme” which will be part of a series called “Cryptonautica.” Belle recently spoke about her book with a writer named @Orphanblocks and revealed some details concerning the Craig Wright drama. She met Wright in 2015 and introduced him to a number of cryptocurrency influencers. That year in October, Belle invited Wright to be part of a panel discussion about bitcoin at a conference in Las Vegas. The panel included Ed Moy, Trace Mayer, Nick Szabo, and the New Liberty Dollar’s Joseph Vaughn Perling. In regard to the crypto community, JVP has dipped out of the public eye too and he hasn’t actively tweeted since 2017. JVP has been part of the Bitcoin ecosystem since his first appearance in October 2009 and he also wrote a ‘Satoshi sighting story’ three years ago and claimed the person mentioned in the story was Craig Wright.

It’s uncertain at the moment whether JVP will be forced to act on the Kleiman v. Wright lawsuit in Florida and how his story will play a part in this tale. Last March, it was revealed that early Bitcoin developer Jeff Garzik was subpoenaed to testify in the Florida Bitcoin suit as well. The subpoena asks for any specific communications between Garzik and Wright and whether he had any direct communications with David Kleiman. If the suit continues to drone on past the August 26 hearing, a wide range of well known crypto luminaries like JVP, cryptographer Ian Grigg, writer Andrew O’Hagan, and people such as the mysterious Uyen Nguyen may be compelled to testify in the case.