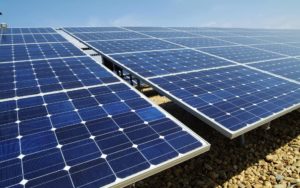 A new report from CoinShares into Bitcoin mining suggests the practice is likely loss-making for the majority of miners at current prices.

Average Miner ‘Running At A Loss’

In a ‘whitepaper’ which received high praise from cryptocurrency figures, CoinShares examined various facets of mining, which has seen increased prominence in recent weeks as Bitcoin price 00 dropped to lows of $3500.

“Among our findings is an estimate that since May, the market-average, all-in marginal cost of creation, at ¢5/KWh, and 18-month depreciation schedules has increased from approximately $6,500 to approximately $6,800,” researchers reveal in their introduction.

This suggests that, at current prices, the average miner is either: running at a loss and unable to recover capex, mining at electricity costs closer to ¢3/KWh, depreciating mining gear over 24-30 months, or paying less for mining gear than our estimates.

Bitcoin Mining is 80 Percent On Renewables

As Bitcoinist reported, miners have appeared to experience considerable economic difficulties due to price depreciation regardless of the base price of electricity in their location.

The Bitcoin mining difficulty is set to decrease, not increase, for the first time since December 2, 2011.

“Based on historical data on energy mix and locations of cryptocurrency mining operations in China, we have shown that contrary to the common narrative, the vast majority of global Bitcoin mining capacity (minimum 77.6%) is running on renewable energy,” the researchers conclude.

Responding, Saifedean Ammous, the author of ‘The Bitcoin Standard,’ agreed with the findings, adding he would be publishing his “first in-depth analysis of the (economics) of bitcoin mining” Friday.

What do you think about CoinShares’ Bitcoin mining research? Let us know in the comments below!