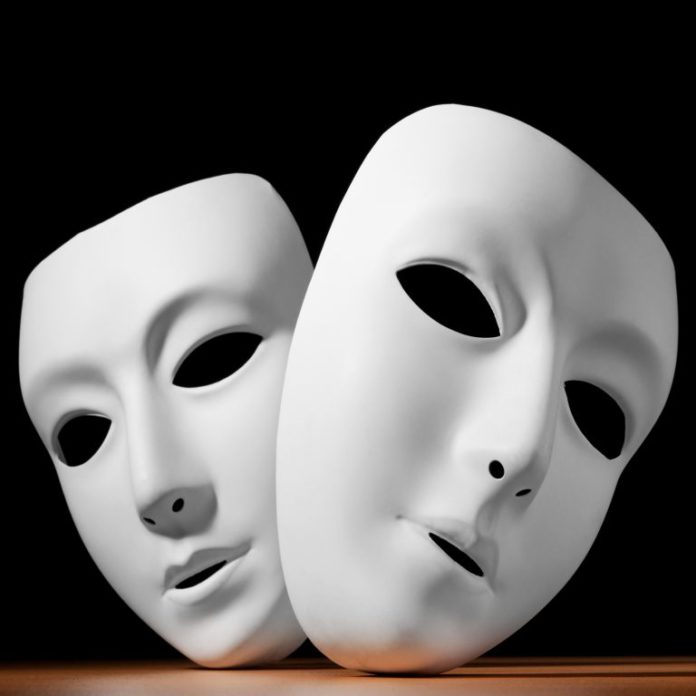 Just recently we reported on new information concerning the hunt for Satoshi Nakamoto. Following a summary of suspects, we ended the report with the first part of an interview with a man who believes he was a member of the Satoshi Nakamoto group. Unfortunately, Phil Wilson, the man who says he was an original Satoshi Nakamoto member, alongside Craig Wright and David Kleiman, has no verifiable proof because at the time he was afraid of a government crackdown. To continue where we left off during our last article, we chatted with Wilson to hear more of his story.

According to Phil Wilson, a man who claims to be a member of the Satoshi Nakamoto group, he is a self-taught software programmer and cryptographer. Last year Wilson published a story called ‘Bitcoin Origins,’ asserting he is 1/3 of the Satoshi Nakamoto group. After the story was published, nobody really took notice until New York Times journalist Nathaniel Popper tweeted about the story on February 13. However, Popper and many other members of the Bitcoin community dismissed Wilson’s origin story when Martti Malmi, an early developer and one of the older owners of Bitcoin.org, said, it “Never happened. Also: signature or GTFO.”

Craig Wright also calls Phil Wilson a fraud and a ‘Scam-toshi,’ and has stated earlier on that Wilson (aka ‘Scronty’) has not had any involvement with the creation of Bitcoin. A Disqus profile that allegedly belongs to Wright also shows him telling Wilson that he is “scamming and no, there is no project Prometheus.” As we mentioned during our prior report, Wright has spoken out about Wilson again this week calling ‘Scronty’ a scammer and an extortionist, and this September Wright says he plans to publish proof of this claim. Following these statements, Wright also wrote another tweet in regards to Wilson’s claims.

“There is a reason why Phil Wilson is in none of the communications, yet he knows details of bitcoin (with critical mistakes),” explains Wright on September 1. “Company hard drives were taken and sold by an ex-employee in 2015. Never trust all you steal. We added false info as ‘Easter eggs’ for just this reason.”

Phil Wilson still confirms that his story is legitimate and believes he has every right to tell it, even without evidence. He doesn’t care that people consider him a ‘nutter in the corner of the web,’ and believes his origin stories are meaningful to the history of bitcoin’s early days. The fact is, there are many suspects involved with the Satoshi Nakamoto mystery, and even some who straight up claim to be Nakamoto or a part of the group. But so far no person claiming to be Satoshi has proven themselves to the satisfaction of the general public, because most of the evidence has been circumstantial and some say contrived. Here is the remainder of our 2-hour discussion with Phil Wilson otherwise known as ‘Scronty.’

‘Without Verifiable Proof, No-One Can Claim to be Satoshi’

News.Bitcoin.com (BC): I’m sure you’ve seen Craig’s recent comments. What do you have to say about them?

Phil Wilson (PW): Craig seems to be a tad aggressive towards a supposed ‘no-body.’

BC: Ok. But you say you worked with Craig and Dave?

PW: I initially was trying to help Craig with his attempt at an electronic cash. I left his project in mid-May 2008 when it became apparent that it would never work. Then I started my own project in early June 2008 and got Dave and Craig to help me with it.

BC: That would be the original client?

PW: Yep — What everyone knows as Bitcoin evolved out of my project, not Craig’s. Practically nothing from his code was left. Only the generic crypto functions were taken from his codebase (which was copy/ pasted from elsewhere). The white paper he’d been working on from before 2007 was effectively thrown out. It was complete junk. Just a mish-mash of other people’s white papers.

BC: You say you have no hard evidence though to corroborate with your story. Is this true? Only you do say that if someone contacts ‘Bitboy’ he would know about the logo creation and could confirm your origins story. But Bitboy doesn’t seem to be around anymore at least not since 2015.

PW: Correct. Last Bitboy activity on bitcointalk board appears to be late 2015. He’s a Chinese native living abroad. I’m pretty sure he was only one time zone away from me, so it’s likely he was in Indonesia.

BC: Ok so why don’t you have any hard evidence?

PW: Without any verifiable proof, no-one can claim to be Satoshi. As it says in the story, I deleted everything. If you had folks boasting on a message board that they were paying private investigators thousands to track you down, you’d do likewise.

If private folks were doing that, then most likely three-letter-agencies were also investing resources for tracking you down.

BC: Why is Craig calling you a fraud and an extortionist?

PW: Craig has ‘issues.’ I would only be able to blackmail or extort if I had verifiable proof.

Evidence or documents or something. I haven’t anything at all. In emails in late 2016, I was asking *him* for the development emails between us. I don’t know who the trustees are, where it’s held, etc. I was completely reliant upon Dave for keeping those secrets.

BC: Are you a key holder?

PW: Mine is the GMX key. The backdated one to trap Craig if he tried to use it. I had Dave keep it (so I wouldn’t have anything on my machines if there was a knock on the door). He must’ve given a copy to Craig for safe keeping.

BC: Is Craig the only one left with all the secrets?

PW: Craig only has some of the secrets. I had Dave keep all of mine and forbade him from telling Craig. I don’t have any keys, documents, emails, IRC logs, etc. That’s stated in the Bitcoin Origins story in the disclaimer. So I cannot confirm anything. I can only go for plausible.

BC: So why do you want people to know you had a part in all this without proof?

PW: For the Bitcoin Origins story, I think it’s important to folks to have a chance to see the thinking process behind solving an impossible problem. To encourage others who keep being told to stop working on a solution no-one else has come up with. The Orange Bitcoin logo instructions (and the Feb 2010 gold coin logo instructions) are an important part of Bitcoin history which the public was never told about.

Craig gave his word that he’d never ever claim to be Satoshi. He’d never claim to be the inventor of the tech. He’d never allow others to believe he invented the tech. And, when I gave him permission, he was to post publicly using the Satoshi handle on Bitcointalk that I was the one behind it all. Craig has broken his word.

BC: Do you think Craig is going to expose you for something this month?

PW: He’s claiming I was blackmailing or extorting him for coin. You can only do that with some kind of evidential proof, of which I have none. All I did in a few emails was ask what happened to my half of the coin. I never expected him to take this angle that I was a fraud and a scammer.

I thought he’d be elated I was finally able to get in touch with him again. Of course, at that time, only a few memories had returned and it would be another year before I recalled about him becoming mates with another Jamie Wilson so that he could push me out of W&K.

BC: Why is there no mention of you in the W&K documents?

BC: Do you talk to Ira Kleiman?

PW: We’ve exchanged emails since early 2017. I knew the court case was coming, however, I was asked to keep quiet. From his side, he only wants documented proof of Dave’s place in the Bitcoin saga. From my side, I wanted him to send me any info from Dave’s side regarding me.

BC: Do you feel Craig has wronged Dave’s family and estate?

PW: He’s wronged us all. However, without proof, there’s only so much you can do.

BC: Would Ira give you a portion of the proceeds if he won the court case?

PW: Without proof, I doubt Ira would give me anything. And he shouldn’t in any case. From everyone’s perspective, I could be a raving nutter in one corner of the web. If it encourages those with documentation to step forward and show what really happened, then having the story out there is a bonus. When I made that post about NOPs and a couple of folks asked some questions, it wasn’t with the expectation that it’d blow up like this.

BC: Would you agree that both you and Craig lack evidence?

PW: There’s a lot of psychology and manipulation of the masses involved in all of this. Not on my part, of course. I haven’t begun to play yet.

BC: You said you consider yourself a ‘nobody.’ Why is Craig then considered a ‘somebody’ who is respected by certain groups of people in this community?

PW: Perception of authority. People are hard-wired to be attracted towards those who appear to be an authority figure. He most definitely has a few keys lying about so that he can be selective to only prove himself to certain people. Holding keys doesn’t mean they’re yours though. However, it’s far more than anyone on the planet has got.

BC: Why on earth would you literally remove everything that was tied to you and the Satoshi Nakamoto identity?

PW: Back then, we all were concerned about how the governments and banks would take the tech. Plausible deniability for everything. If anyone’s IPs leaked, it wouldn’t get back to me.

The post New Satoshi Challenger Tells All — But Is He Legit? appeared first on Bitcoin News.

Michele Nati, PhD has 15 years of experience in the fields of data and IoT, working on research and development...