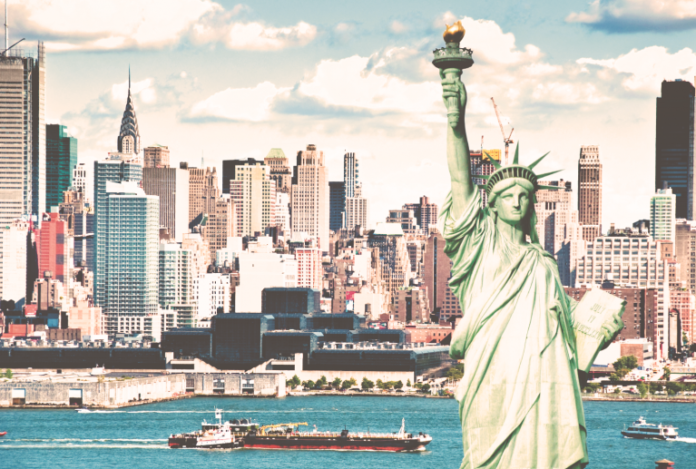 New York State’s financial regulator has ordered Bittrex to cease operating in the state after rejecting its application for a Bitlicense. Multiple deficiencies were cited, some of which Bittrex immediately disputed. Meanwhile, Bitstamp has been green-lighted to offer the trading of five cryptocurrencies in the state.

One Approval, One Rejection

The New York State Department of Financial Services (NYDFS) approved one crypto exchange for a Bitlicense and then rejected another the following day. The regulator announced Wednesday that it has denied “the applications of Bittrex Inc. to engage in virtual currency business and money transmission activity in New York.”

A representative at the NYDFS told news.Bitcoin.com Wednesday:

There is no appeals process following a denial but the company could reapply. Bittrex has approximately 1.67 million users globally including those in about 40 U.S. states, approximately 35,000 of which are in New York, the regulator noted. “Effective April 11, 2019, Bittrex must immediately cease operating in New York State and within 60 days wind down its business in New York,” the announcement reads. Bittrex must also provide a plan for how it will wind down business with existing New York customers due within 14 days. There will be penalties for non-compliance.

Bittrex applied for a Bitlicense on Aug. 10, 2015. In its decision letter, the NYDFS revealed that it conducted a four-week onsite review at Bittrex’s Seattle and Washington D.C. offices and sample transactions between Jan. 1, 2017 and Dec. 31 last year were analyzed.

The department claims to have found a number of inadequacies, particularly in the exchange’s compliance program for the Bank Secrecy Act, Anti-Money Laundering, and Office of Foreign Assets Control (OFAC). Bittrex immediately issued a statement that “fully disputes” the NYDFS’ findings, citing “several factual inaccuracies.” The regulator says that the exchange’s KYC and customer due diligence “are seriously deficient,” with “a substantial number of aliases” found as user account names, such as “Give me my money,” “Elvis Presley,” and “Donald Duck.”

It also alleges that “a large number of transactions for customers domiciled in sanctioned countries (including Iran and North Korea) had passed through screening and were processed.” Disputing the allegations, Bittrex declared:

The Iranian customers referenced in the letter were reported to OFAC in January 2018; we do not have and have never had any North Korean customers.

Most notably, Bittrex claims that in January the NYDFS asked it to sign “a supervisory agreement that, if agreed to, would have resulted in the issuance of a Bitlicense and a Money Transmission License,” noting that there are three key areas it could not agree to. The first is that Bittrex would have to agree to limit its offering to New York residents to only 10 coins, with restrictions on the process of offering new coins. Secondly, the department has imposed “unrealistic capital requirements” that are “far in excess of that of any other state,” Bittrex believes. Lastly, the exchange would need to obtain the regulator’s approval to form or acquire any other entity.

Bittrex decided it could not sign this agreement and “attempted to negotiate the terms of the supervisory agreement but were told that these terms were non-negotiable.” The exchange further revealed, “We were not provided an opportunity to see or even comment on the findings before they were made public.”

While Bittrex has to exit the state of New York, another crypto exchange, Bitstamp, is planning an expansion into the state as the same regulator approved its application the previous day.

A U.S. subsidiary of Bitstamp Ltd., Bitstamp USA Inc., became the 19th company to receive a Bitlicense as of April 9. According to the exchange’s announcement:

Bitstamp’s Bitlicense allows it to offer trading in five cryptocurrencies – BTC, ETH, XRP, LTC and BCH – in addition to others it may add in the future.

What do you think of the NYDFS approving Bitstamp’s application but rejecting Bittrex’s? Let us know in the comments section below.

IMF: ‘Financial Inclusion’ Will Boost Global Economy (As Long as It’s Not Bitcoin)

The International Monetary Fund warns that global growth is slowing to its lowest rate since the financial crisis. But while...