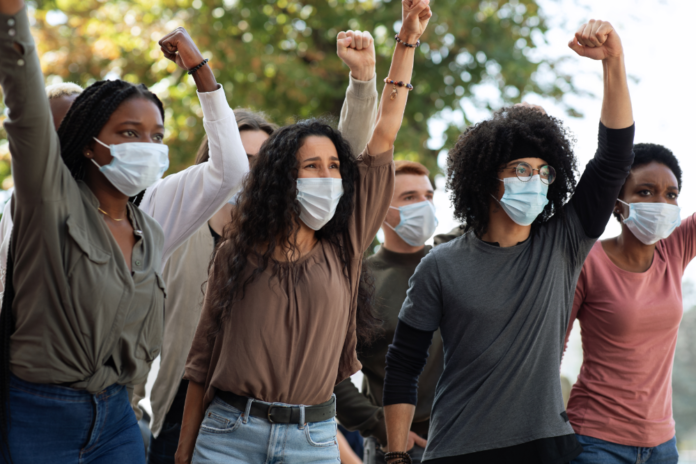 Bitcoin comes to the rescue of protestors after banks and fintech apps ban fundraising accounts in Nigeria.

Young Nigerians around the world have been protesting for days against police brutality after years of misconduct, especially by the Special Anti-robbery Squad (SARS).

Several protests are going on nationwide in what is being called the biggest youth movement in the West African nation in recent times. As part of these protests, various organizations have set up funds to provide supporters for individuals on the ground.

Well-known social justice activists, The Feminist Coalition Group, manage one of the largest funds. According to the group, financial accounts holding and receiving funds have been suspended today.

For demanding an end to police brutality we are now under attack! Our bank account has been deactivated and so has the Flutterwave donation link. Our members lives are also being threatened! #SARSMustEnd

The group’s bank account has been suspended, and the link for donations on popular Fintech platform Flutterwave has also been diactivated.

These events have led to a pause in donations that are being used to purchase essential supplies during the #ENDSARS protests.

Bitcoin To The Rescue

To fight attempts to censor protests by making funding impossible, The Feminist Coalition Group is asking donors to use bitcoin (BTC) instead.

If you still want to donate here’s our BTC address: 1CWdxSTKang1toEv2an1AY3z8cuwiapyno#SARSMUSTEND https://t.co/oE1FNGmbfg

This is another major use case for bitcoin as more Nigerians continue to adopt cryptocurrencies. The #EndSARS protests are decentralized. Protesters have repeatedly echoed the need for a leaderless campaign led by every individual participating in the protest.

The decentralized protest meets decentralized finance. There have been over 50 transactions related to the address at the time of writing and about $3,000 raised so far.

The post Nigerian Protesters Turn To Bitcoin As Bank Accounts Get Suspended appeared first on BlockNewsAfrica.

Bitcoin price is currently down nearly $400 from yesterday’s highs in a flash, after coming close once again to the...