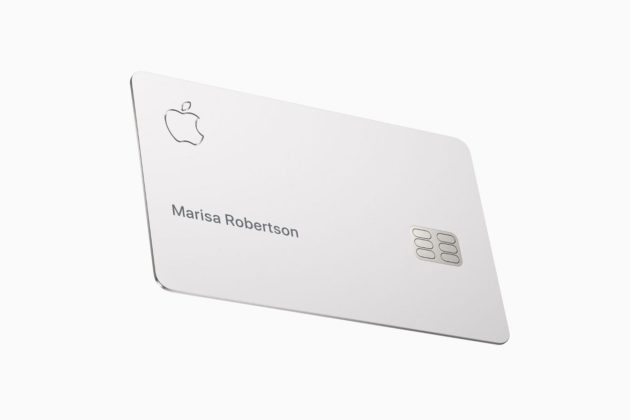 One of the world’s largest tech firms has made its stance on bitcoin and crypto quite clear. Users of Apple’s new credit card be faced with a number of restrictions, and one of them is cryptocurrency purchases.

Bitcoin Not An Option

As expected, Apple continues with its quest to dictate what users can and cannot do with the company’s products and services. The terms and conditions for the new credit card were posted on the Goldman Sachs website this week according to Reuters. The Goldman involvement is part of the bank’s longer-term partnership with Apple to build a consumer-facing business.

Part of the Apple Card customer agreement included a clause that prohibited the purchase of cash advances or cryptocurrencies The restrictions continued with casino gaming chips, race track wagers or lottery tickets. The tech giant may just as well say ‘only for shopping in the Apple Store’, as that appears to have been its primary intention.

The report added that it is not uncommon for credit card providers to block bitcoin and crypto purchases adding that several banks have already done so including Lloyds Banking Group Plc, Virgin Money, JP Morgan Chase and Citigroup.

Following heavy reliance on iPhone sales, which have slumped 12% in the last quarter, the company is expanding its efforts to derive more income from services.

In addition to the bitcoin blockade, the tech giant has restricted use of the credit card with jailbroken devices. To apply for a card, users must sign up and be approved via the Wallet app on iOS, additionally, the agreement says the device must be “eligible” to qualify.

Jailbreaking is the process of removing Apple restrictions to allow the installation of third-party non-approved applications. In other words, allowing consumers to do what they want with their own devices and not what Apple wants.

According to the customer agreement, Apple will lock users out of their credit card accounts if there are any attempts to modify their devices.

“If you make unauthorized modifications to your Eligible Device, such as by disabling hardware or software controls (for example, through a process sometimes referred to as “jailbreaking”), your Eligible Device may no longer be eligible to access or manage your Account”

The Apple Card is due to be released later this month and is likely to appeal only to diehard Apple nuts since ordinary credit cards have far fewer constraints.

Would you use Apple’s credit card? Add your thoughts below.

The post No You Cannot Buy Bitcoin With Apple Card appeared first on Bitcoinist.com.

On August 1st, U.K. Financial Ltd., a company behind Maya Preferred 223 (MAPR), has performed the “forward split”, dropping the...