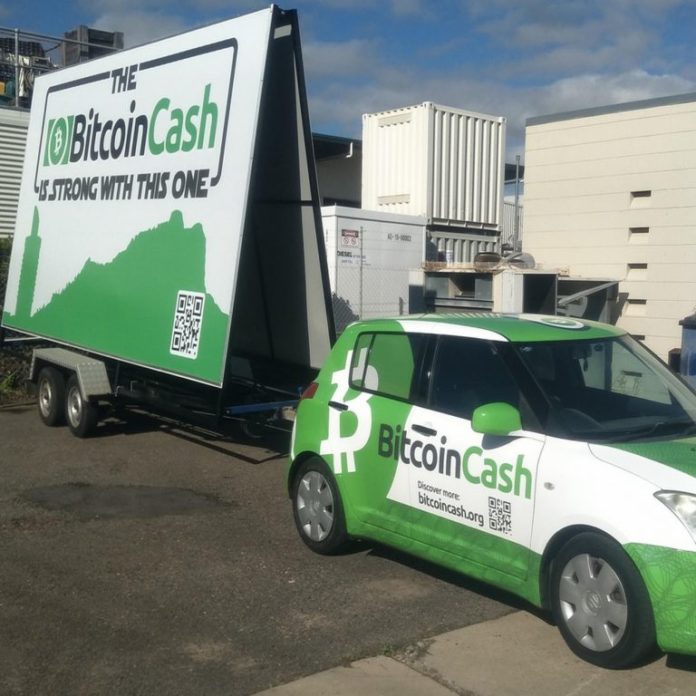 The northern part of the Australian state, Queensland, is bustling with cryptocurrency energ. The region is extremely passionate towards one specific decentralized peer-to-peer electronic currency — bitcoin cash (BCH). Over the last few months, a few bitcoin cash proponents have been spreading a lot of BCH adoption in the North Queensland region in Australia. North Queensland is a very large area with its own distinctive regional character within the massive state of Queensland. Anyone who frequents the Reddit forum r/btc, have probably noticed many posts showing BCH adoption taking place in the region.

North Queensland has its own Bitcoin Cash meetup, it’s home to the country’s first BCH-only automated teller machine, and right now the area has a lot of BCH accepting merchants. This week, using the mobile application Marco Coino, BCH fans have noticed that merchants in the state of Queensland now total 73 businesses with 33 merchants in the northern territory.

Visitors and residents of the North Queensland region can choose from a wide variety of merchants that offer a large assortment of products and services. BCH supporters in North Queensland can use BCH to pay for art and clothing at Elements Studio, get a workout at Strand Crossfit & Fitness facilities, or maybe remove that unwanted tattoo at Eraza Laser Tattoo Removal.

Bitcoin cash supporters are big fans of being able to purchase coffee with BCH and there are plenty of places available to grab a specialty cup of java at cafes like Swagger and Jaxx Barber and Coffee, Alt Brew, and The Flying Turtle Coffee Shop. North Queenslanders can also pay for auto repair at RJ’s Mechanical, or choose from a variety of consultancy services as well. There are many more merchants in the region and if one was to venture beyond the northern region down below near Brisbane Airport there are 40 more BCH accepting merchants as well.

Nearly every week there’s been a forum post with a picture of BCH merchants in the area submitted by one of the members of the North Queensland BCH crew and there’s a Twitter handle called Bitcoin Cash NQ as well. Furthermore, news.Bitcoin.com reported last week during our BCH roundup about the North Queensland ‘Country by day Rock by Night’ rock festival taking place this October. The event will feature Troy Cassar-Daley, and the McClymonts, and people who pay with BCH will get a discount.

Additionally, one of the BCH proponents from the area explains on Reddit why so many merchants are sticking with bitcoin cash only.

What do you think about all the BCH accepting merchants in North Queensland? Let us know your thoughts on the subject in the comment section below.

Images via North Queensland BCH community, and the r/btc forum.

It seems that the Bitcoin "whales" are awakening from their slumber. Again, a millionaire wallet emerges whose owner is unclear....