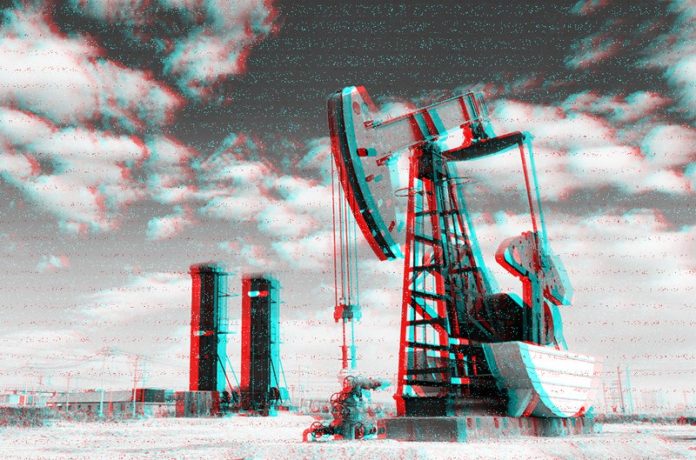 In a handful of oil fields in the Great White North, natural gas, an otherwise wasted drilling by-product, is being put to work. But it’s not being used to well more oil; it’s being used to mine bitcoin.

Upstream Data’s “ohmm” mining skids, as they are called, help these companies transform these issues into monetary solutions. By taking otherwise idle natural gas and using it to mine bitcoin, this modern day alchemy is more than just an arbitrage mechanism or an alternate stream of revenue for these oil companies; in Barbour’s native Canada, it allows them to stay regulatory compliant, while also reducing the environmental impact their operations would normally produce.

From Waste to Work

Stranded gas — an industry term for the natural gas by-product that oil drilling produces but which can’t be used — accounts for somewhere between 40-60 percent of all the world’s proven gas reserves. In the United States alone in 2013, oil companies vented (released directly into the air) or flared (burned off) some 122 billion cubic feet of stranded natural gas. That’s enough to power every home in Chicago for an entire year.

This gas is not wasted wantonly; rather, there is simply a lack of utility for it and solutions to harness it. Some companies use the by-product to power equipment or heat up oil to make it less viscous, Barbour says. But there’s so much of it that companies are left with a surplus, and while some have methods to transport it (or turn it into power for commercial use), others don’t.

“It’s stranded. There’s no way to get it to the market; there’s no pipeline and there’s no powerline. There’s no demand for it. So what we normally do is producers will use as much gas for operations on site. The rest gets vented straight out of the pipe.”

For Canadian oil companies, transporting is particularly tricky “because the nature of the oil is it’s very thick and viscous.” In the province of Alberta, Barbour’s backyard, most of the companies don’t even have pipelines, the oil being so thick that you can’t pump it. As a result, no money goes into managing the natural gas by-product; it’s cheaper just to vent it off.

An oil industry veteran of 10 years, Barbour knows these problems well, but it wasn’t until he learned about bitcoin that he realized this unwanted excess could be managed in a less environmentally hazardous and even lucrative fashion.

“I came up with the idea in June of 2016, pretty much when I learned about bitcoin. It sorta just blew my mind — I couldn’t believe it.”

His solution is simple: Instead of exhausting the gas on site (or fumbling with the sunken cost of transporting it), companies can use it to power bitcoin mining rigs. All that’s required is a generator and an ohmm mining skid.

Upstream Data provides the mining hardware, shelter for the rigs and the generator set, unless the oil company has a natural gas generator on site already. The company advertises custom rigs to suit each company’s needs, offering engines that produce from 45 kWh to as much as 1,200 kWh of power. For those clients who purchase their own skids, this could mean up to $0.10 CAD per kWH, which translates to roughly $150 a day for a 45 kWh engine.

Conservation as a Service

Upstream Service offers clients three different mining packages. As detailed above, one involves buying the mining rig, supplying the gas and converting this gas into power, and the producers get to keep all the mining profits. With option two, they only provide the gas and power conversion without buying the skid, and Upstream Data keeps a slice of the profits.

Then there’s the third option. Upstream Data parks the skid on site and converts the gas to energy for them, offering the conversion for free in exchange for free gas. This might sound odd to hear that the companies are willing to supply the gas without any promise of mining rewards in return, but as Barbour told us, the payoff is getting rid of the by-product without having to pay for combustion — and staying compliant with regulations.

Black Pearl Resources in Calgary, Alberta, is one company taking advantage of the service, and Barbour said that they’re more than willing to offer up free fuel to Upstream Data since it means one less operational headache to deal with.

“They are happy with that because the energy is a liability to them. They’re not making any money off of it anyway, and they have financial burdens related to it.”

Some of these companies are strapped for cash, so rather than invest what capital they do have in a full skid (they’d rather just scout for and dig more wells) it makes sense for them to leverage Upstream Data’s free service. This way, they don’t have to sink capital and resources into disposing of the gas, and they can offload responsibility onto Barbour’s company.

“I call it conservation as a service — in trade with them, we take all the risk but also reap all of the benefits.”

Barbour founded Upstream Data in 2017, bootstrapping it out of pocket without any outside investment. Its growth has been slow but steady. To date, Upstream Data has provided services to half a dozen clients. With each new client a testament to the proof of concept, Barbour emphasized that it’s getting easier to convince companies to take a chance with the novel solution that “has no precedent.”

So the first two years were really about the company getting its bearings and improving its product rather than exhausting itself with rapid or unrealistic expansion. And this strategy has largely paid off, Barbour said, as “an optimized product” and “really good prices” have led to increased interest that even spans outside of Canadian borders. Making the move down South, Barbour told us that Upstream Data is trialing a fleet of smaller skids with an oil company in Texas.

Barbour believes ohmm skids could unlock a boon of revenue for Texas companies who are having trouble monetizing natural gas by-products amidst drooping prices. “Their pipelines won’t pay out,” he puts it plainly, so the ohmm solution could be an attractive means to generate alternate income to ballast revenue streams.

In the grand scheme, Barbour sees Upstream Data’s model as a unique opportunity for these companies to recoup sunken investments, not just in by-products like natural gas, but in defunct oil fields themselves. These “orphaned wells,” as he called them, are the bastard children of bankruptcies and related mismanagement. Whereas typical protocol is to “plug and cap” these wells and cut losses, Barbour sees them “as an opportunity to set some data centers on these oil fields and make them profitable again.”

Barbour stressed that this is important to consider when discussing Bitcoin’s environmental impact. Critics can ignore the fact that mining rigs more often than not use renewable energy like hydro, wind and solar — anything less efficient and the operators would struggle to break even. In Upstream Data’s case, while natural gas is still being burned, the company’s website points out that venting pure gas “has approximately 25x more global warming potential than carbon dioxide.”

So it’s actually more environmentally ethical for oil companies to employ the ohmm method. And to Barbour, it makes more sense financially, while also showing that they’re more nuance to Bitcoin’s energy use than critics recognize.

“I think we’re a pretty good example for why the energy waste argument is a load of crap. Bitcoin mining by nature of free competition is the most competitive market on the planet. Everyone is looking for low value energy, which happens to correlate to waste, so wasted energy is pretty much guaranteed to be profitable.”

The ongoing lawsuit between the relatives of Dave Kleiman and Craig Wright continues to unfold as a filing has been...