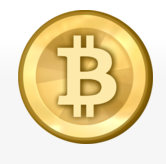 Bitcoins are now accepted by many online merchants for payment on their systems, most recently Microsoft (NASDAQ:MSFT). People can purchase Dell computers with bitcoins. You can even use them at the Veggie Galaxy Diner in Boston to buy a mushroom-chickpea burger with tomatoes, red onions, and mayo on a gluten-free bun. But what is bitcoin?

Bitcoin is a kind of digital cash, changing hands anonymously, with no centralized ledger keeping track of who owns what. It’s the currency of choice for anyone who doesn’t want anyone else to trace their transactions. Someone might ask if this is legal. It is, as long as people keep records. Merchants are still supposed to pay sales taxes to their states, as they would have to with any cash transaction. And the rare individual who earns his salary in bitcoins is still obligated to report his income to the IRS.

Bitcoin is a digital currency. It’s a string of code that could, in theory, be printed out and stored in a filing cabinet or safe-deposit box. The code is designed to add a marker every time it changes hands. When people accept bitcoins, they use their computers to check a public record of all the bitcoins that have been created. These records are anonymous, but they keep people from using copies of the same bitcoin for different transactions. Because the currency is digital, it’s simple to break a single bitcoin into infinitesimally small fractions.

Because transactions are anonymous, bitcoins have become the currency of choice for people buying various illicit items – drugs, stolen credit card numbers, international arms deals, and so on. As a crypto-currency, it is indifferent to the identity of its user. And the central register only records the address of the anonymous “wallet” where it is stored. If it is stored on a thumb-drive and that drive is stolen, those bitcoins are gone.

Could Bitcoin become mainstream? It seems possible. After all, there’s no reason someone selling candy bars couldn’t take something else as payment. Merchants near the Canadian border take loonies all the time-at a discount, to cover the cost of exchanging them for US dollars. As people have started to consider bitcoin’s potential, its value has fluctuated wildly. In early 2013 a bitcoin was worth about $15. A year later the price spiked to over $1000. Right now the value is a little more than $300. 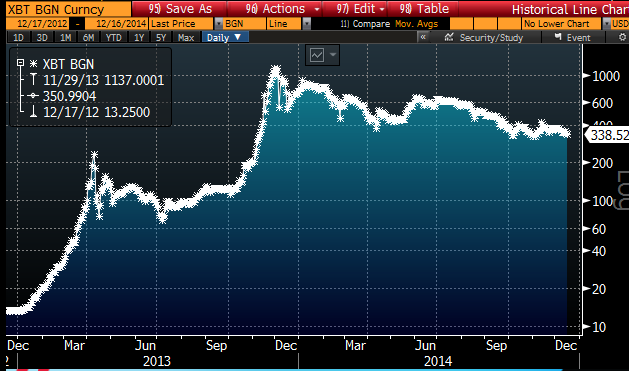 If it became a common medium of exchange bitcoin would cause significant headaches for governments who want to collect taxes. After all, our tax system may rely on voluntary compliance, but that is backed up by voluminous records. If the government had no way to verify what people earned, voluntary compliance with the tax-code would go down dramatically. They would likely move to stop the growth of bitcoin as a legitimate medium of exchange. The US is considered fairly “bitcoin-friendly”, but does not legally consider bitcoins to be currency. Every bitcoin transaction is reportable to the government as a commodity transaction which generates a gain or a loss.

Since bitcoins are digital, it’s not that hard to find software that will automate this record-keeping function. But other governments are far more restrictive. China restricts purchasing bitcoins with yuan, and bitcoin exchanges are not allowed to hold bank accounts. In Bangladesh, anyone caught using the virtual currency can be jailed under the country’s anti-money laundering laws. These countries are concerned that people could use bitcoins to export their wealth anonymously, leading to capital flight.

So if bitcoin became big, a lot of countries would clamp down on it. But there’s an internal problem with bitcoin that would cause its demise long before this happened. It’s one of the problems that helped bring down gold as a currency in the late 19th century: mining

Bitcoins are issued by “miners”: computer operators that solve complex math problems. The bitcoin algorithm is set up so the problems become increasingly difficult. As a result, bitcoin issuance is gradually slowing. But as bitcoins are used in more transactions, their value rises. It becomes economic for more and more resources-electricity, computers, labor-to be committed to solving these obscure equations. Economically, the only reason to mine bitcoins is because the value of a new bitcoin is greater than the cost of the resources used to create one. It costs about $300 to mine a single bitcoin right now.

But as bitcoins are more widely accepted, their value rises. That’s what happened in 2013. Eventually, the price rises to approximate the marginal cost of putting a new bitcoin into circulation, as economic theory might suggest. But here’s the problem: if the world’s economic output were currently denominated in bitcoins, a single coin would be worth $17 million. That would imply that hundreds of power plants and millions of people should be devoted solely to the production of new bitcoins.

This degree of effort devoted to mining bitcoins would impact the real economy. And, in fact, that’s what happened with gold in the late 19th century. After the US Civil War, countries around the world adopted a gold standard to facilitate global commerce. By tying their currencies to a uniform standard, it was relatively easy to evaluate prices and costs. But the supply of gold didn’t expand very rapidly, while the industrial revolution facilitated a rapid growth in goods and services. gold’s value soared.

When new deposits were discovered in the Klondike region of Northern Canada, over 100,000 prospectors rushed to reach the gold fields. 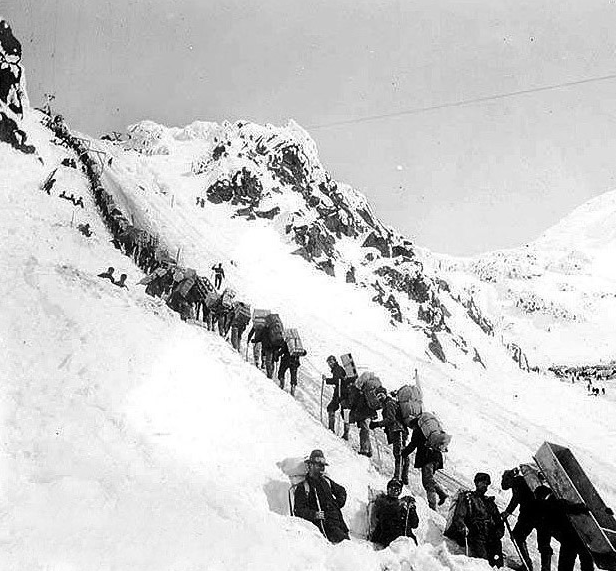 The drain on labor was significant. Communities were decimated by “Yukon Fever.” Fields and factories couldn’t find enough workers to be productive. But digging holes in the ground didn’t provide anything of real value to the economy.

The same problem applies to bitcoin. If the economy grows faster than the number of bitcoins, their value will increase. We would see another gold rush-and the global economy would suffer. A large bitcoin economy would make computer-mining a major industry – maybe the only industry. But you can’t eat bitcoins, nor can you use them to defend your borders. A bitcoin economy would re-create the problems of the 19th century: deflation, bank failures, and financial panics. Eventually, central banks would have to take over the creation of currency.

Currencies are issued by governments to facilitate commerce. Any private currency must confront the problem of creation: where does it come from, and who benefits? In its present form, bitcoin doesn’t pass this test. As a major currency, bitcoin is impossible.