Over one billion dollars’ worth of Bitcoin, out of circulation since 2014, will be re-absorbed into the market soon – and some say that this will cause the market to crash.

I am referring to the money that was stolen from Mt Gox, once the world’s foremost Bitcoin exchange. In early 2014 it lost 850,000 bitcoins, worth $460 million at the time (and $5.5 billion now), to thieves that have not been found to this day.

A large number of bitcoins were recovered, although by no means all, and they were put in the care of one Nobuaki Kobayashi. He holds in the region of $1.9 billion worth of BTC, enough to seriously mess up the market if it was all released. For example, he sold he sold 18,000 BTC in February and this did indeed cause a problem.

Want to know who was selling the bottom? 18k of MtGox’s BTC transferred the day before we hit $6000 on Feb 6th pic.twitter.com/nluQpexhoM

Now, the procedures for returning the money have now been initialised: 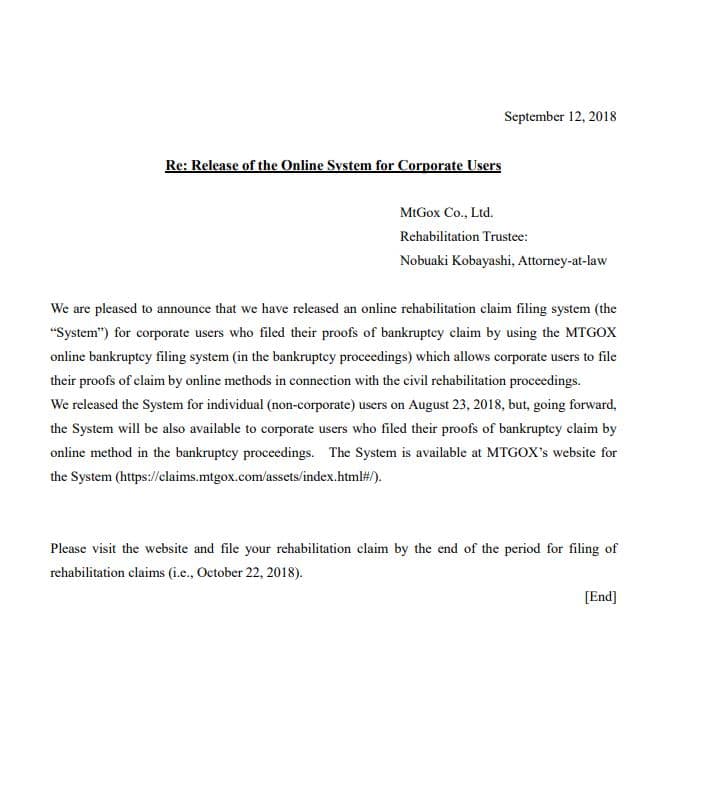 160,000 bitcoins ($1.03 billion at current price) stand to be re-released into the wild. One ex-Mt Gox customer, Kim Nilsson, told The Telegraph that this will “completely crash the market”. One bitcoin is currently worth $6,484, according to coinmarketcap.com. This is less than half of what it was worth at the beginning of this year.

Suspicion for the theft naturally fell for a time on the owner of the site. Mark Karpeles.

Originally from Chenôve, Karpeles owned and managed the company at the time of the hack, but it was originally founded by American programmer Jed McCaleb, who later went on to create Stellar and Ripple. According to Wired, McCaleb sold the site to Karpeles because he felt unable to manage the sums of money that began pouring in.

According to most accounts, Karpeles was not any better qualified. A self-described geek, he was more comfortable messing around with personal projects (such as opening a Bitcoin bistro in Tokyo with a re-wired till) than dealing with the details of running a business. At the time of the collapse, the site was being sued for $75 million by a former business partner.

Furthermore, Karpeles had in his personal position around $50 million in BTC, and owned 88 percent of Mt Gox. It became clear in April 2018 that Karpeles stood to gain more than one billion dollars due to his majority holding in the company. He proclaimed in a Reddit ‘ask me anything’ session: “I don’t want this. I don’t want this billion dollars. From day one I never ‎expected to receive anything from this bankruptcy.”

However, it also emerged that the siphoning of money began in 2011, before Karpeles took over. In fact, in January 2018, two Americans re-initiated legal proceedings over 9,500 bitcoins that were stolen from their Mt Gox wallets in 2011.

In June 2018, the bankruptcy of Mt Gox was concluded by a Tokyo court, as part of the process of repaying customers. As things stand now, customer have until the 22nd of October to make a claim, and the money should be paid by Valentine’s Day 2019.

According to Ethereum World News, it is likely that recipients will sell their BTC as soon as they get it.

In related news, the US and Russia are currently fighting over who gets to extradite a Russian national being held in Greece on suspicion of being complicit in the Mt Gox hack (among other things). He faces decades in jail if he ends up stateside.

Coinbase Plans for Aggressive Hiring in its Institutional Sector

Coinbase, a digital currency exchange headquartered in San Francisco, is planning a massive hiring spree for its newly opened institutional-focused...