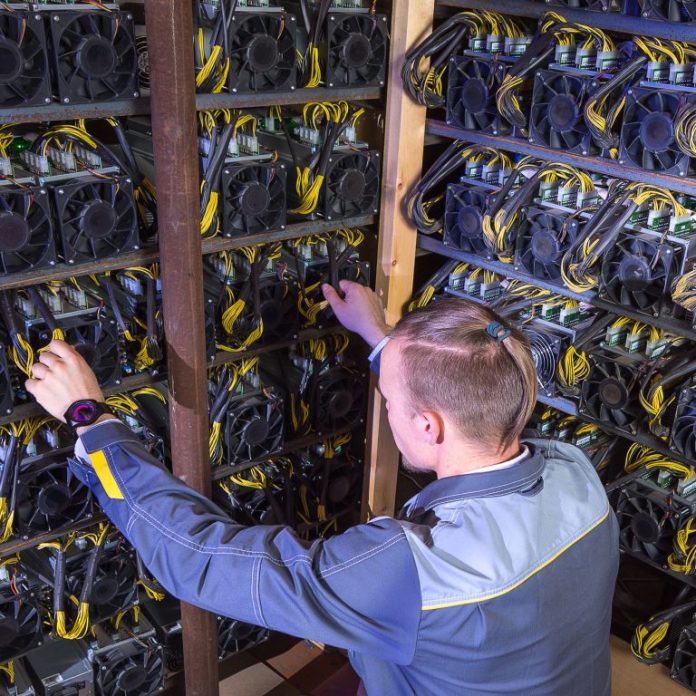 There has been a slew of bitcoin mining rigs announced during the last 12 months that claim to process more terahash per second while consuming less energy. However, with cryptocurrency prices so low, lots of newly launched machines are not profitable and many of them haven’t even shipped yet.

Digital asset prices have seen better days as cryptocurrency markets throughout the entire 2018 calendar year have been riding a long bearish trend. Many coins with the SHA-256 mining algorithm such as bitcoin cash (BCH), bitcoin core (BTC), and peercoin (PPC) have lost considerable value. Because cryptocurrency prices are so low, many mining devices announced this year are failing to bring a profit and some machines cannot be purchased on the open market. According to real-time statistics from Asicminervalue.com at the time of publication, only five mining devices make a profit and two machines are not yet available on the market. The data website uses a combination of electrical costs, current network difficulty, block reward, and exchange rates to figure out whether or not certain ASIC machines are profitable.

The most profitable machines on Monday, Dec. 10, 2018, three weeks before the new year, are manufactured by the corporations Ebang, Asicminer, Innosilicon, and Bitmain. The Ebang Ebit E11++ is currently the most profitable mining device on the market with 44 terrahash per second (TH/s) and it consumes 1,980W. The Ebang mining rig priced at $2,500 makes about $1.39 per day profit with current BTC prices. The E11++ is currently available on the open market from two companies but one vendor is only taking pre-order right now. The Asicminer 8 Nano is another machine that processes 44TH/s but pulls 2,100W from the wall. The machine created by Asicminer was launched in October and pulls a profitability of about $1.02 per day, at the time of writing. The company’s 8 Nano is available for purchase through the Canadian dealer Mining Cave for $2,045.

Then there’s the new Innosilicon T3 model, which also claims to boast roughly 43TH/s but the rig is not available to the public just yet. The T3 will be released in January 2019, according to the company, at a price of $2,500 per machine. With current market statistics, this gives the T3 a profitability of about $0.84 per day for a machine you cannot obtain. The next most profitable miner, Asicminer 8 Nano Pro, is obtainable according to Asicminervalue. The Nano Pro claims to process a whopping 76TH/s but consumes over 4,000W in electricity. These metrics make the $11,600 machine only profitable by $0.59 per day. Lastly, Bitmain contends the Antminer S15 machine produces about 28TH/s, pulling 1,596W from the wall, giving the device a profitability of $0.27 every 24 hours.

Operating at a Loss

Many other machines that were announced this year are not showing profits and consume more energy cost if the companies continue to operate them. GMO’s B2 and B3, which boast 24-33TH/s, can lose between $1.90-4.98 per day at current BTC prices. The infamous Halong Mining Dragonmint T1 model sees a loss of around $1.87 per day.

Bearish SHA-256 algorithm coin prices have affected network hashrate considerably over the last few months. For instance, the bitcoin core (BTC) hashrate touched 61 exahash per second (EH/s) during the last week of August, but this month the BTC hashrate is only 35 EH/s. However, there may be many facilities which are still making a profit with older machines if their electric cost is highly subsidized or nearly free.

Many flashy machines announced this year have touted 7 and 10 nm chips and much bigger processing power, but cryptocurrency market prices have made it so only a few machines are profitable. But if markets push higher again turning from a bearish-to-bullish trend, then a great majority of the newly released 2018 mining rigs should become profitable again.

Disclaimer: Bitcoin.com does not endorse these products/services. Readers should do their own due diligence before taking any actions related to the mentioned companies or any of its affiliates or services. This editorial is intended for informational purposes only. Bitcoin.com and the author are not responsible, directly or indirectly, for any damage or loss caused or alleged to be caused by or in connection with the use of or reliance on any content, goods or services mentioned in this article.

The post Only Five Bitcoin Mining Devices Released in 2018 Are Profitable This December appeared first on Bitcoin News.