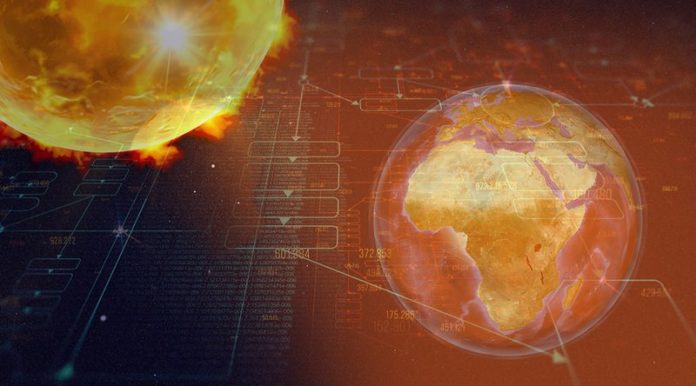 While many in the West often overlook Africa as an emerging blockchain innovation center, a deeper look across the continent tells a very different story. The Blockchain Africa Conference came to a close last month in Johannesburg, South Africa. Around the same time, the Kenyan government set up a task force to study the impact of the technology. There are plenty of other blockchain communities growing around Africa too, in places like Nigeria, Sudan and Algeria.

Although not without difficulties, the growing connectivity and an advancing computer science field — especially at institutions like Makerere University in Uganda — show the African blockchain ecosystem is evidently building agency.

And it has the potential to make a massive impact on local economies and communities alike. During a speech, the United Nations Economic Commission for Africa, Managing Director of the IMF Christine Lagarde noted, “So [blockchain] is not just about saving money, it is also about creating more transparency, promoting stronger accountability, and in the end, delivering a better life for every citizen.”

For many, cryptocurrency mining is providing a big leap forward. Communities have sprouted up across the region. But with global bitcoin mining using more power than most African countries (only South Africa, Egypt and Algeria consume more), it’s hard to see how it’s going to be sustainable on the continent. On the flipside, solar power just might have the force to push bitcoin mining in Africa to the next level. Here’s how.

A Snapshot of the Bitcoin Mining Community in Africa

According to the Bitcoin Africa article linked above, many miners keep a low profile for fear of being charged for working with black market foreign currencies. Still, bitcoin mining farms are spreading across Cairo. One of the main reasons for the boom is that electricity is cheaper compared to other economies. With lower overheads paid out in the local currency, miners get more back in bitcoin.

Bitcoin mines are spread throughout other countries, too. IT Software company Ghana Dot Com (GDC) opened what it claims to be the country’s first bitcoin mine back in 2016, for example. (GDC is a descendant company of Network Computer Systems, which introduced internet in Ghana in 1993.) In South Africa, bitcoin mining hardware store Bitmart just opened in 2018. There’s also active communities in Nigeria, Gambia, Uganda, Ethiopia and Kenya.

One Nairobi-based miner, Eugene Mutai, has received a fair share of press for the mining facility in his apartment. He told Bloomberg that, in the global market, bitcoin mining has leveled the playing field for him. Without a college degree, he’s been able to move into the Kenyan middle class.

Solar as a Viable Mining Alternative

Each country in Africa has its own nuanced problems and solutions; however, in a good handful of African countries, solar power is emerging as a viable option for combatting these electricity woes  — and there are already several solar projects on the go.

In Morocco, for example, there’s the 800MW Noor Midelt solar complex. According to Reuters, the estimated $2.4 billion (€2 billion) project has been supported by the African Development Bank, the World Bank, the European Union and the European Investment Bank, among other institutions. In addition, Seychelles just announced they’re planning to install Africa’s first floating solar project, which is expected to contribute 5.8 GWh annually to the country. There are also giant solar farms in South Africa, Uganda, Kenya, Morocco and Burkina Faso. Many produce so much energy, in fact, they hope to one day export solar energy to Europe.

This investment in energy infrastructure could eventually help make bitcoin mining in Africa a more sustainable endeavor which, if implemented on a large scale, might actually help push Africa’s industry forward.

In an article on Greentech Media, author Tam Hunt writes: “It can make good financial sense to use solar power to mine bitcoin. Solar plants can provide power that is cheaper than grid power in areas with good insulation and low construction costs. The price of power is also known with some certainty over time because there are no fuel costs and thus no volatility.”

Not only can mining with solar energy drive the bitcoin industry in many African countries forward, but it will give greater parts of the population across the continent access to the global market. Instead of being held back by highly inflated currency or local tenders impacted by government turbulence, bitcoin mining is enabling many Africans to get ahead. And if solar power is brought into the mix, it can prove to be a truly sustainable leap forward for economies and individuals alike. After all, in parts of Africa there is a huge necessity for it. The power requirements to mine bitcoin are globally unsustainable. And since access to electricity in Africa is already problematic, solar power could be the answer.

This is a guest post by Nabyl Charania, Chairman and Chief Executive Officer of Rokk3r. Views expressed are his own and do not necessarily reflect those of BTC Media or Bitcoin Magazine.

They say that everyone has at least one brilliant idea; it’s just that most people never do anything with it....