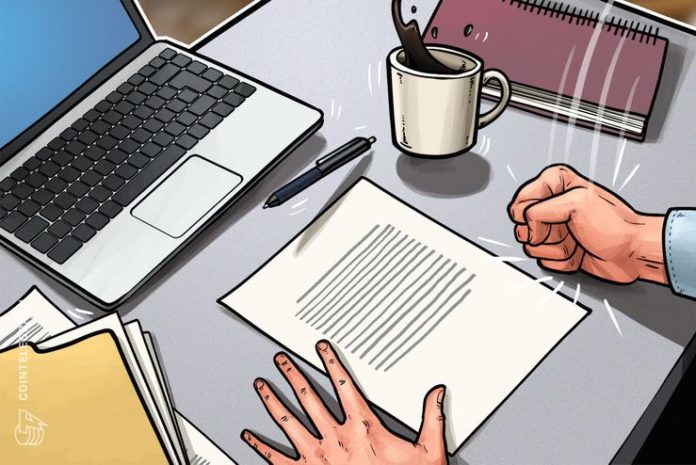 As previously reported, as a result of a security breach on the Zaif exchange September 14, hackers succeeded in stealing 6.7 billion yen ($59.7 million) worth of crypto assets belonging to both users and to the exchange itself. The Financial Services Agency had already ordered Tech Bureau to make business improvements first in March, and subsequently in June this year.

The FSA considers that Tech Bureau’s investigation into the causes of the recent hack – as well as its response to customers – have been inadequate. While the firm reportedly announced it was in talks with Fisco Group to receive financial support of 5 billion yen on Friday, September 21, the FSA says it did not receive a concrete report on the matter from the firm directly.

The FSA’s newly-issued business improvement order specifies the following contents as necessary measures that are to be urgently addressed:

(2) Prevention of [the] expansion of customer damage

(4) Review and implement concrete and effective improvement plans based on the hacking incident, [as well as the] contents of [two prior business improvement orders] from 8 March and 22 June [this year]

According to CT Japan, FSA staff are continuing to undertake on-site inspections of Tech Bureau. Based on their findings, the agency will reportedly potentially issue more stringent measures such as a business suspension order and/or cancellation of the exchange’s registration.

Earlier this summer, the FSA published the results of its on-site inspections of cryptocurrency exchange operators, deciding on the basis of its findings to apply more rigorous oversight into new applications from exchanges hoping to receive an official operating license. According to the agency, there are currently “hundreds” of companies awaiting its review.

In the wake of January’s industry record-breaking $532 million hack of crypto exchange Coincheck, the year has seen the agency unfold a series of increasingly exacting measures for domestic operators.

How RippleNet Offers a Competitive Advantage in Global Payments today

People who have done international transfers will know the frustration of waiting for days to have their transfers through and...