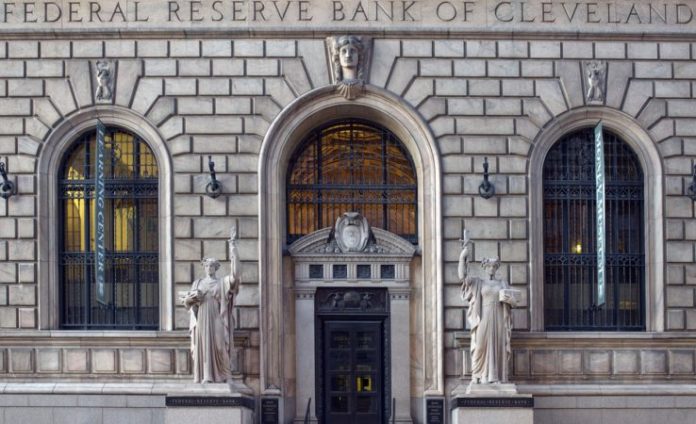 Editor’s Note: This piece constitutes the views and opinions of the writer and does not necessarily reflect the beliefs of CoinCentral.

Out of Thin Air

Fiat currency is any medium of exchange the government deems as legal tender. A $20 bill in your pocket buys $20 worth of goods and services. It’s only paper (muslin) with ink and a special electronic doodad embedded in it. Probably costs pennies to make. It’s backed by nothing of tangible value (gold, silver, land, etc). It’s money only because the US Treasury and Federal Reserve (Fed) say it is.

From Sound Money to Broken Promises

Before 1913, only the US Congress had currency creation authority. Every new dollar was backed by gold and silver in Fort Knox. This backing of USD with gold and silver ceased on August 15, 1971. That’s when President Nixon refused to honor France’s demand for physical gold in exchange for its USD reserves. The USD has been decoupled from the gold standard ever since. Worse, the national debt is now in a nonstop, parabolic ascent.

The Fed has controlled the US monetary system since 1913. Will Bitcoin eventually become a superior alternative in the 21st century? Graphic credit: Pixabay

Taxpayers on the Hook

You need to consider this quote taken from the Grace Commission Report of 1984:

“….100 percent of what is collected is absorbed solely by interest on the federal debt and by federal government contributions to transfer payments. In other words, all individual income tax revenues are gone before one nickel is spent on the services [that] taxpayers expect from their government.”

Let’s say your Federal income tax bill is $9,000 for 2018. Most of your tax liability will pay the Fed interest on the bonds. Part of it will cover federal pension payments. None of your tax payment will pay for any government services. US Dollar creation and income taxes are inseparably linked. Photo by: Capturing the human heart at Unsplash.com.

Before 1916, there was no US Federal income tax. The US flourished for 140 years without one. Do you find it interesting that the income tax came to be just three years after the Fed’s creation?

The US Treasury sells interest-bearing bonds to investors. Other revenues are generated via import duties, gasoline taxes, airline ticket taxes, etc. The revenue shortfall is covered by additional Fed debt for money exchanges. As a result, the US national debt keeps on climbing at an exponential rate. Paying it off is impossible in a debt-based monetary system.

The debt-based fiat monetary system perpetually transfers part of your wealth to the central bank’s owners.

Bitcoin vs. Fiat: Can We Break the Link?

Bitcoin isn’t backed by physical commodity stores of value. However, Bitcoin’s controlled supply lends stability to its value, similar to asset-backed paper currency. But if you buy Bitcoin in USD, sell it in USD, and then pay US taxes on it, your transactions are inseparably linked to the fiat monetary system. Such limitations effectively cripple the vast potential of Bitcoin.

Central banks realize that cryptocurrencies pose a threat to their financial dominance. As more people transact in Bitcoin, the demand for fiat drops. That’s bad news for USD valuation, especially as Russia, China, and others create non-USD financial networks. A sudden devaluation of USD would increase consumer prices. Economic chaos might ensue.

Bitcoin transactions might be restricted by law and fiat currency demand would be protected by such legislation. The Central banks may eventually decide to protect their turf with such tactics.

They might also introduce their own centralized digital currencies. According to this recent quote from Christine Lagarde, director of the International Monetary Fund (IMF):

“I believe we should consider the possibility to issue digital currency,” Ms. Lagarde said in a speech at a conference in Singapore. “There may be a role for the state to supply money to the digital economy.

The advantage is clear. Your payment would be immediate, safe, cheap and potentially semi-anonymous… And central banks would retain a sure footing in payments.”

The IMF is the banker to worldwide central banks. Surely they will protect their members’ financial interests. Therefore, it seems unlikely that their version of a digital currency will resemble Bitcoin.

The more probable outcome is an electronic version of the current fiat monetary system. Therefore, you would continue to pay for the interest due for every debt for money exchange.

Bitcoin Needs a New, Libertarian Nation-State in Which to Flourish

For you to fully realize Bitcoin’s potential, the currency may need to become the lifeblood of a newly-birthed nation.

Imagine the possibilities for your life with:

You may see the formation of sovereign, Libertarian-ideal nation-states within the next 10-15 years. Cryptocurrencies and the blockchain might provide the honest financial foundation needed for such nation-states to succeed. You would have an equal opportunity to prosper. If your business fails, there would be no bailouts for you. No central bank could profit from fiat currency schemes.

Consider this quote from a widely-read book:

“But new wine must be put into new bottles; and both are preserved”

That simple logic applies to Bitcoin and other cryptos. They can’t harmoniously coexist alongside a fiat, debt-based money system. We must deploy honest, manipulation-free currencies into a corruption-free economic and societal model.

Only then would you enjoy the new wine of Bitcoin. The battle of Bitcoin vs. fiat would finally be over.

The post Opinion | Bitcoin vs. Fiat, Time for the New Wine appeared first on CoinCentral.

Ethereum (ETH) may have lost almost 90 percent of its value in 2018, but this has not fazed projects that...