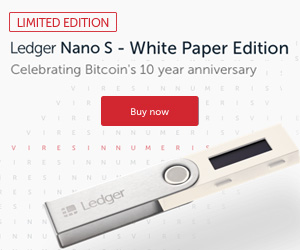 We took our first steps into space exploration over 60 years ago with the launch of Sputnik in 1957. Then followed the venture of Yuri Gagarin, the first man in space in 1961, and the steps of Neil Armstrong, the first man on the moon in 1969.

We have been preparing for that future ever since, making great strides in the last decade. Advances in rocket propulsion technology, drastic decreases in costs, and major developments in the field of satellite communications and capabilities have pushed us closer to that dream.

The need for Space Internet of Things (SIoT) becomes apparent when envisioning last-mile delivery solutions and the upcoming explosion in satellite projects and SIoT devices in the form of microsatellites, CubeSats, and devices for Earth-Moon system exploration and lunar relay communications. As seen with the 200M acquisition of Planetary Resources by Consensys, the creation of the first tokenized VC fund for space with Spacebit Capital, the first blockchain node in space by QTUM, the development of decentralised ground station scheduling by Spacebit using DLT, diving deeper into space exploration is rapidly becoming a reality. Beyond blockchain, commercial space companies can also bring the functionalities of the Tangle into Space with IOTA, from Low Earth Orbit (LEO) Satellites, to the exploration of the Earth-Moon system. We are currently hard at work bringing the functionality of the Tangle to its intended state, and along with a large number of corporations and international organisations, we see SIoT as a fast-growing area of research and development where lightweight distributed ledger technologies can help overcome many of the limitations of current systems. To explore space is to explore something without borders, without sectionalized ownership, and that presents the perfect environment for true collaboration. It presents an environment where open-source and the cooperation should remain a priority, where parties can work together for the interest of enabling connection and collaboration on earth, as well as everything that lies beyond. Downstream software for satellite data transmission and SIoT networks for space vehicles as well as Artificial intelligence and outsourced heavy computing will have specific space-related applications for the organizations working toward space exploration and colonization.

Sensors and Data for Space Missions

Spacebit will implement a secure protocol for IoT networks of sensors and various connected devices which will allow for the capabilities of remote sensing large amounts of untampered data. This unprecedented secure flow of digital bits (& trits) could be collected and entangled from satellites for Space communications but also for being sent back to terrestrial networks for research and development purposes. We invite collaborations for co-creating capabilities beyond proof of concept demonstrations to integrate DLT with ongoing space operations and missions. Currently there are countless use cases that are already being researched and considered for the future of DLT in space. Some of which are collision detection and monitoring systems embedded in different satellite networks, helping to maintain a fast responding, rapid interaction capability between current and future satellite implementations. The establishment of mesh connection mechanisms for use in automated planetary rover systems used for scouting and development opportunities. Interplanetary secure communications enhancements for storing and disseminating information between future exploration efforts, mining feedback, and sensor integrations in multiple capacities.

We are working on releasing more details regarding the deep space RF telecommunications architectures which can utilize DLT and provide applications beyond the contents of this blog post for which there are real adoption drivers and use case interest throughout academia, industry, and government.

From constellations of satellites, to IoT networks of multiple space vehicles, there is a constantly growing expansion of data transmission, with ever-increasing requirements for scalability and security in the context of a distributed ledger technology for immutability and decentralization. SIoT will be an integral part of the economy of things associated with the machine-to-machine economy that will unfold over trillions of devices in the coming decades and ensuring that these networks are immutable and decentralized with DLT is a focus of Spacebit.

Private channel interoperability with centralized systems is possible in the context of these immutable decentralized systems, as well ensuring that internet protocol encryptors and IoT protocol encryptors can provide further hardware security and telecommunications integrity beyond standard IT systems or other blockchain networks and distributed ledger technologies which not only lack post-quantum-security, but do not have private channel interoperability.

Satellite Communications with the Moon will be more commonplace in the coming years.

This post was originally published on https://medium.com/@spacebit?source=rss-e94c95c77afd——2. The IOTA-News Community curates, examines, and summarizes news from external services while producing its own original material. Copyrights from external sources will be credited as they pertain to their corresponding owners. The purpose is to make use of 3rd party content or pictures as either allusion or promotional endorsement of mentioned sites. If you have a claim of copyright infringement with respect to material, please mail to support[at]iota-news.com. IOTA-News.com is a community run website and is NOT affiliated with the IOTA Foundation in any way.

Iran has finalized the development of its national cryptocurrency, which is backed by the local fiat unit, the rial. Once...